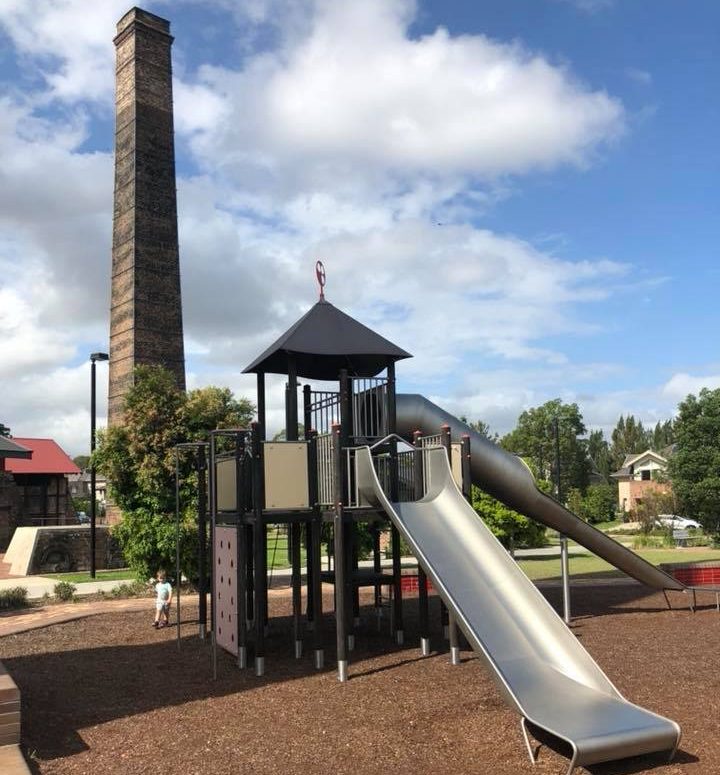 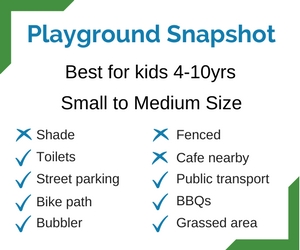 It’s likely that you have all driven past the two large smokestacks between Eastwood and Epping. Well guess what? There is a great playground and picnic spot nestled at the bottom of the smokestacks. The park is built on the site of the decommissioned Eastwood brickworks – definitely worth a visit with your little explorer! And goes by two names – Cavanstone Park (newer name) and Brickyard Park. Keep in mind that this playground has been built by the developers but is a community park.

The park is well designed and makes the most of its heritage. Many of the structures associated with the old brickworks have been retained. Some walls, lots of kilns, thousands of bricks re-purposed as pavers. Large machinery has also been saved and used around the park as sculptural features.

Cavanstone Park consists of a playground, couple of large grassy areas, the remnants from the brickworks, toilets (only available to residents), BBQs, bench seats, citrus trees and lots of pathways.

The brickworks ‘theme’ has been incorporated into the playground. The play equipment includes lots of metal, is simple in style and there is dirt bark on the ground. There are brick pathways around the playground, and the benches surrounding the playground are made of bricks with red tiles underneath.

The playground consists of a tower and a swing set, with: 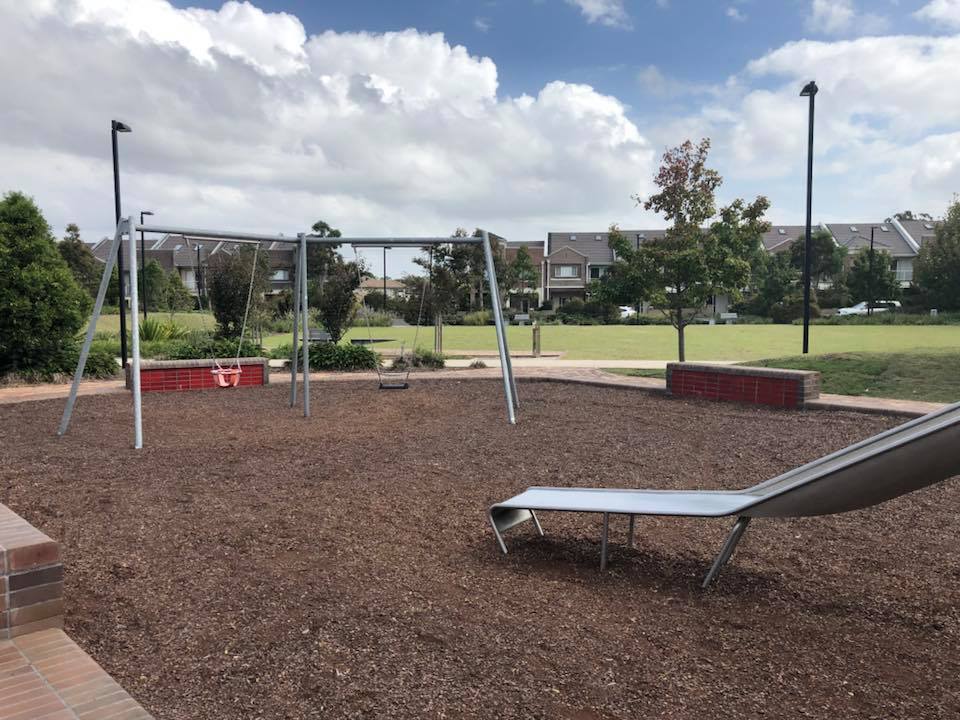 With the exception of the swings, the play equipment is best suited to children 4 years and older. Don’t worry the younger children would still find plenty to do. My boys loved exploring – walking in and around the brickworks structures. 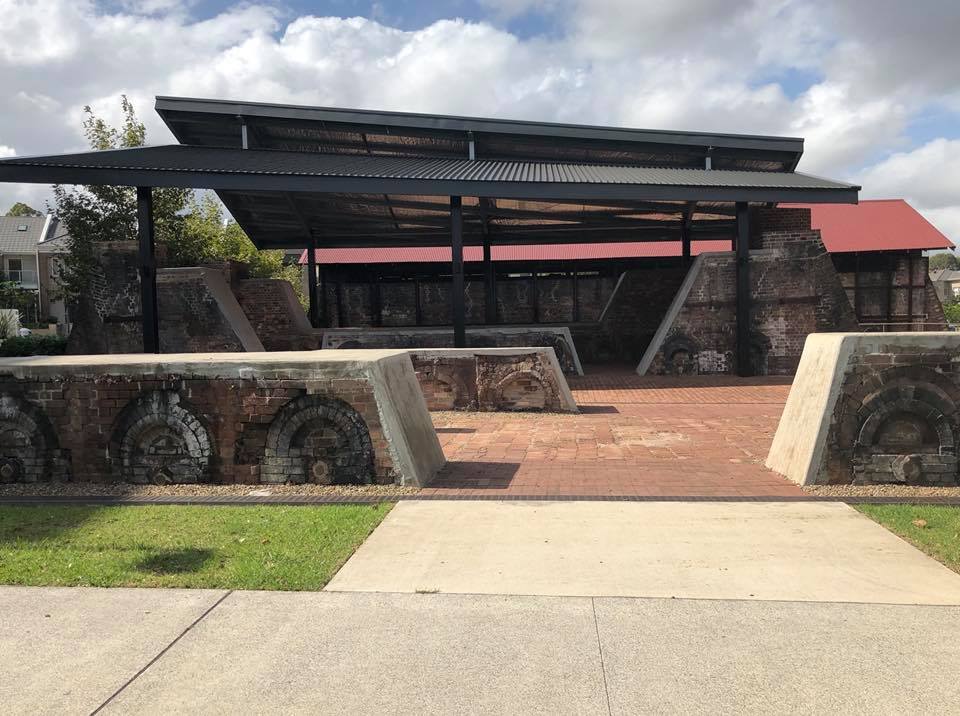 And there are lots of different paths all over the park. Concrete paths that can be used for bikes and scooters. Brick pavers around the playground and leading towards the kilns and other machinery items. Dirt paths around the fruit trees and other plants. We found some great rocks that were perfect for balancing along, or you could kick a ball around in the large grassy area.

If you walk behind the townhouses, which have been built on the foundations of the old buildings, there are more sculptures and another large grassy area.

Please note that there is no fencing around the park or the playground. You should though feel quite comfortable as the play equipment is set back from the (quiet) surrounding streets. There are no shade sails over the play equipment. At different times of the day the large smokestacks offer plenty of shade. There are a lot of trees that will offer more shade as they mature. 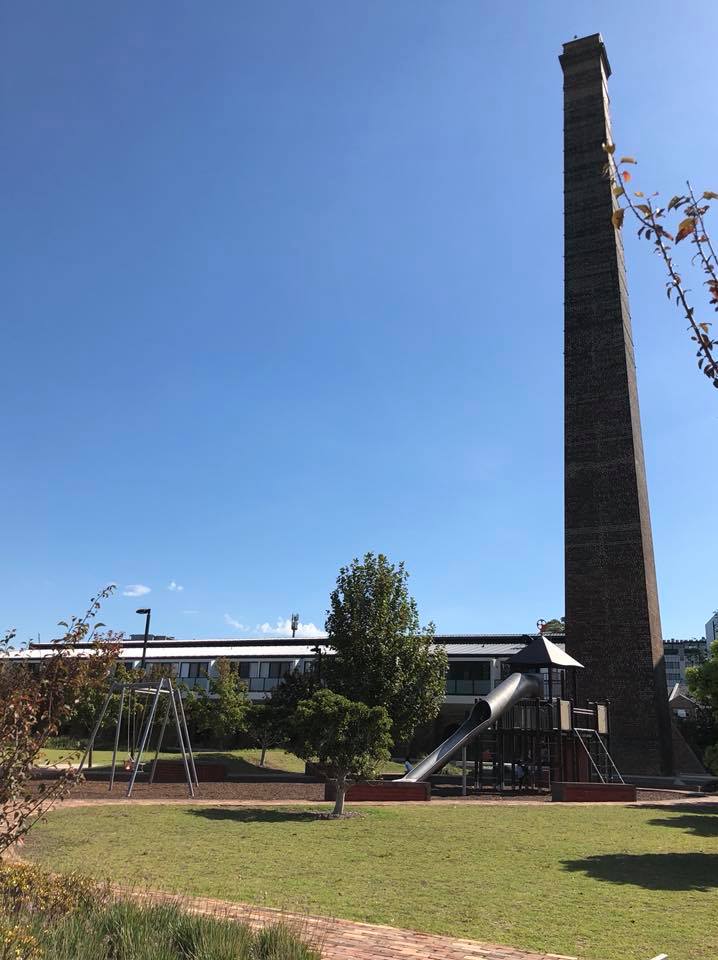 The BBQs are located in the middle of the kilns area. Definitely a unique place to cook your lunch or dinner! While I saw lots of park benches there weren’t any picnic tables. So be sure to bring along your picnic blanket! 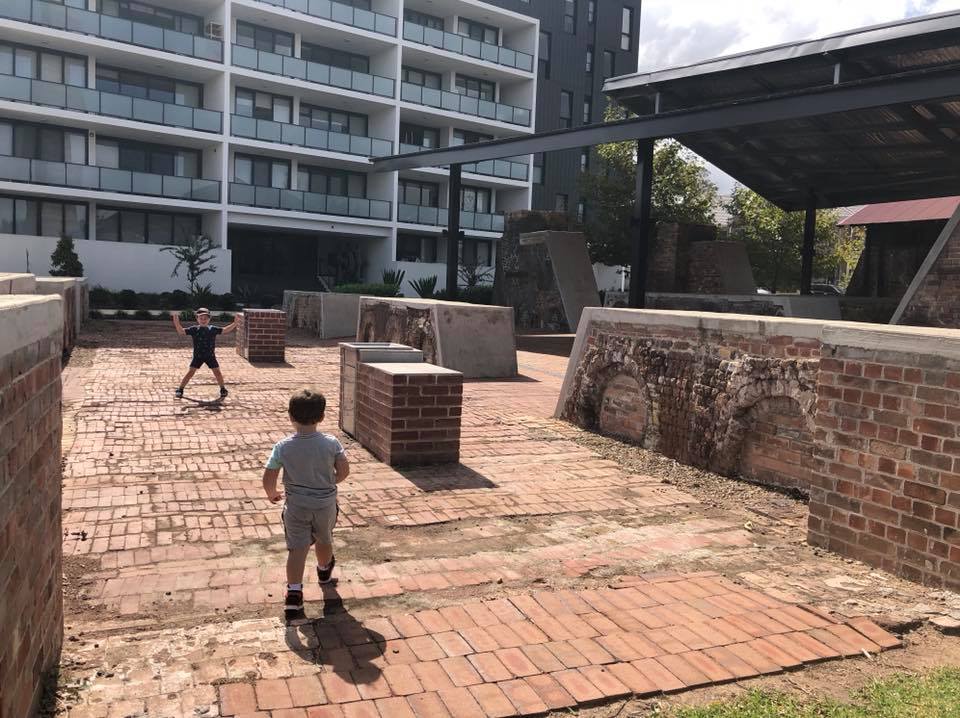 The toilets are only available to residents – boo. And the nearest toilets that we know of are at the Pie Hill Cafe just around the corner. The park also has one bubbler and a bike rack.

Cavanstone Park is just near the intersection of Midson Road and Mobbs Lane. The playground is best accessed via Cavan Drive in Eastwood. There is street parking and you could also catch the 521 bus to the old Eastwood Brickwoods.

10 Favourite FREE or Cheap Summer Water Fun | In or...

The Bower Parramatta – So Much More Than A Second Hand... 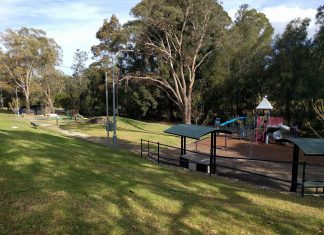