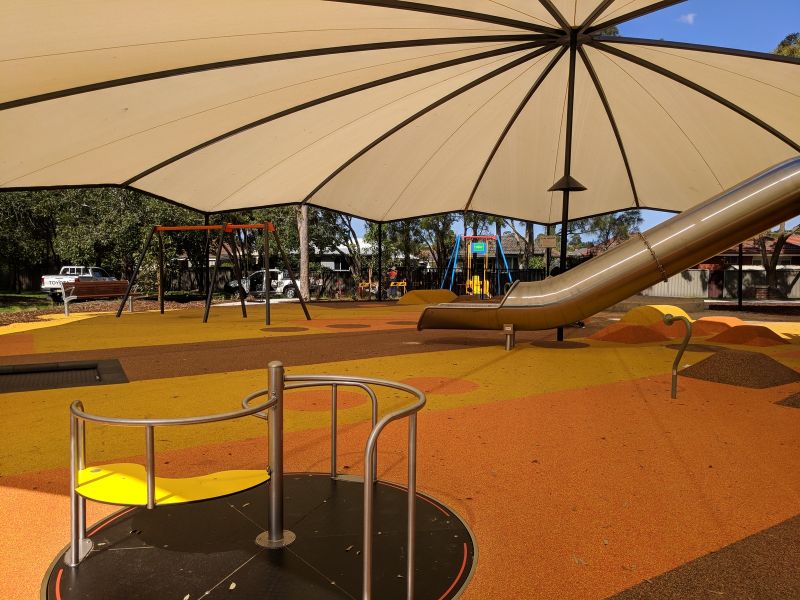 Central Gardens Nature Reserve is home to 12 hectares of natural bushland. And boasts an impression list of features, making it a great day out with your family. There’s a free native animal exhibits, waterfall, brand NEW inclusive shaded playground and another smaller shaded playground, street library, bush school, picnic facilities, long path to walk/ ride on and plenty of grass for the kids to run around on. Plus there’s a monthly bush school storytime with Poppy the Possum on Mondays. 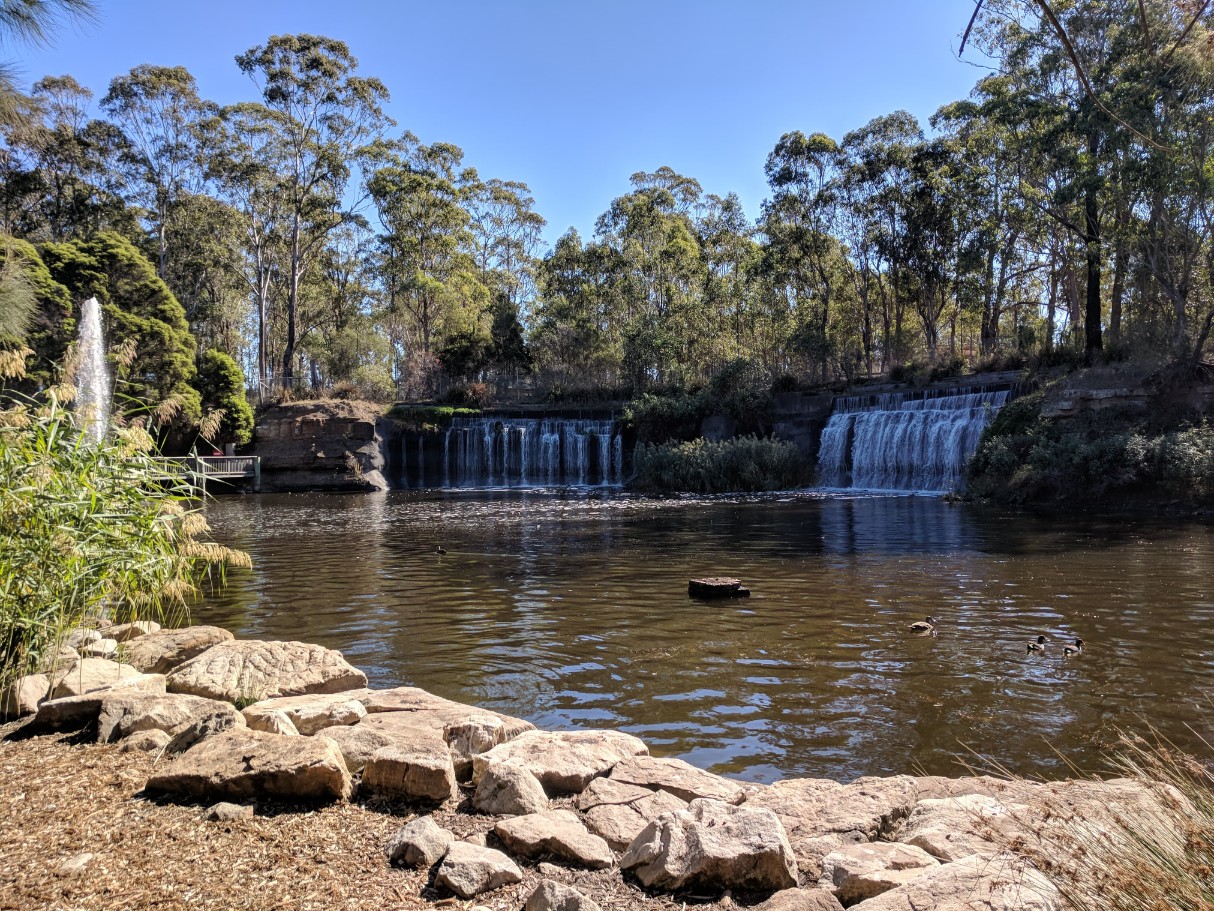 There’s a series of animal exhibits spread between the Merrylands St car park and the playground near Paton St, behind the toilet block.

The animals include wallabies, emus, kookaburras and swans.

And now possums in a new nocturnal house!

They are all enclosed behind mesh fences, making it easy for little ones to see them. Keep in mind the animal exhibit closes now at 4pm. 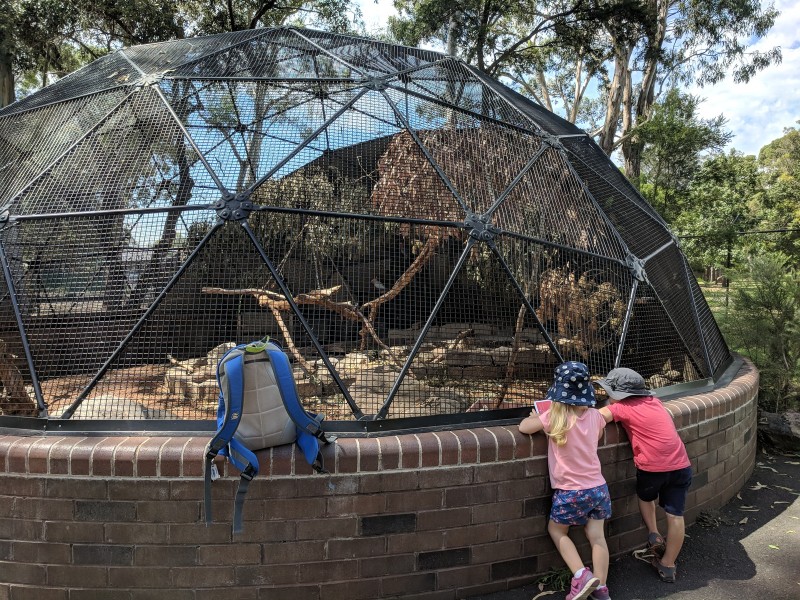 Plus, if you are really lucky, you may see a koala in the koala sanctuary that is located behind the waterfall.

Central Gardens boasts two shaded playgrounds. With the main getting a big upgrade – stage 1 opened in January and stage 2 is now almost finished.

Both have bark (either under the play equipment or next to it) so be prepared for the kids to get dirty. They are best suited to preschoolers and young primary school ages kids.

The larger of the two playgrounds is on the Paton Street side of Central Gardens. It re-opened in January 2020 after a major upgrade to an all abilities playground. And stage 2 should be opening soon. 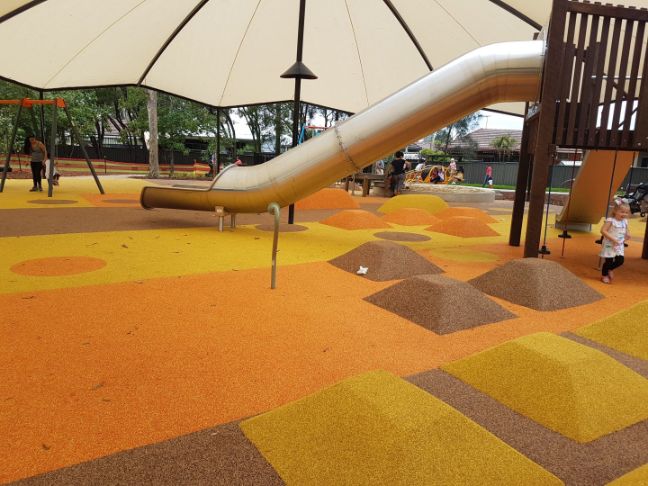 It’s a lovely improvement on the old playground (even though my kids still happily enjoyed the old playground). The biggest difference is that the new playground is for kids of all abilities, which is fantastic! And there’s a rubber ground under most of the play equipment. 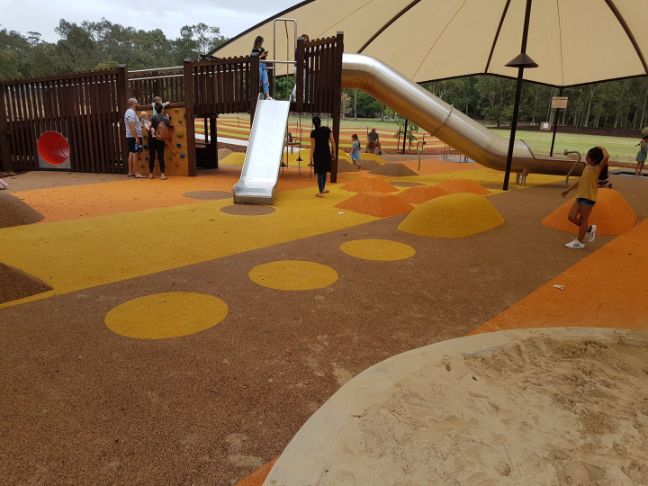 Now we were a bit confused about the large bark area on the outside.

But turns out that there were still a few more pieces of play equipment to go in. The fence is still up around this stage 2 section but should be down soon. 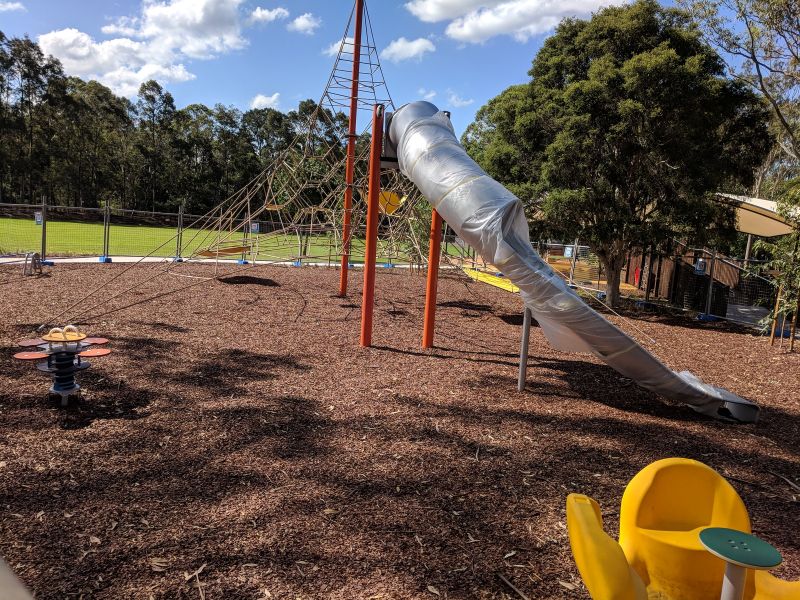 The other playground is in between the Merrylands Rd car park and the koala sanctuary, near the intersection of Cumberland Highway (though set well back). It is a small playground with a climbing play gym consisting of a bridge and two slides. There is also a liberty swing here.

Located in between the large playground and Paton Street is a Bush School. It’s a nature based play and learning area where kids can explore and learn about nature. 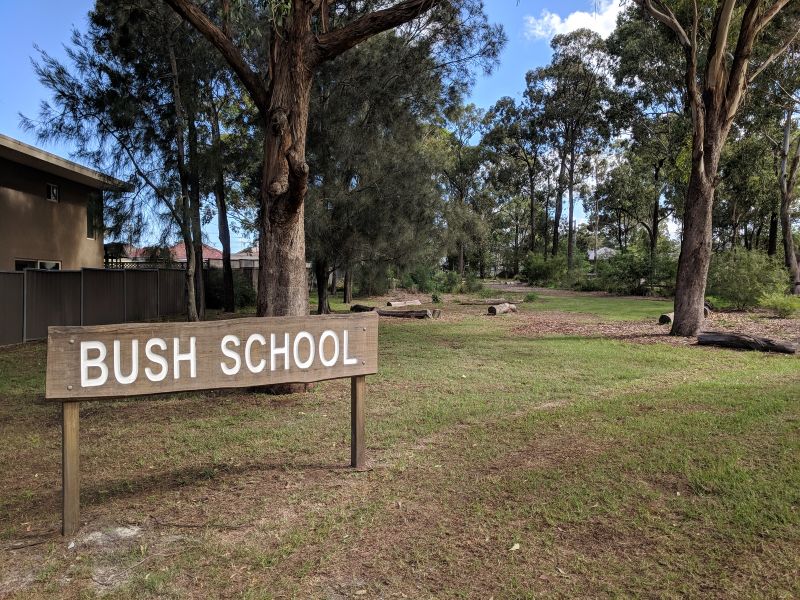 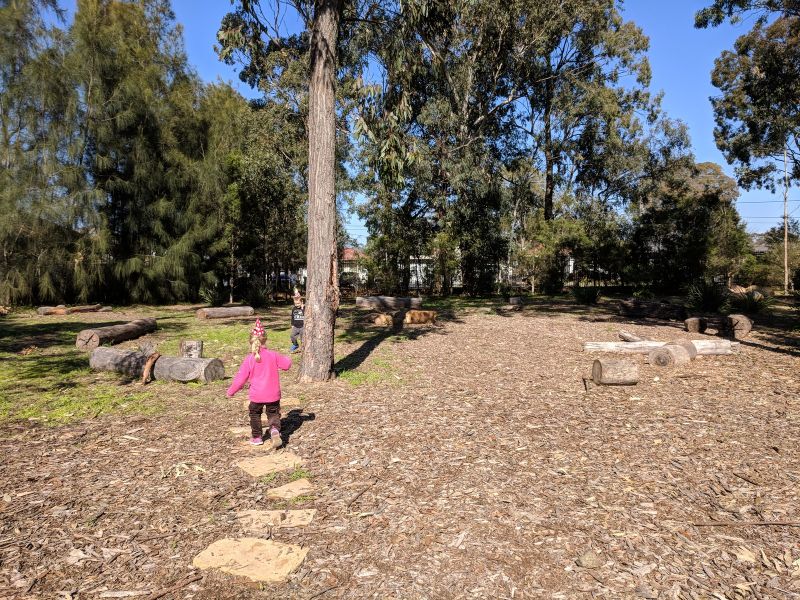 On the 1st Monday of the month in the morning, Poppy the Possum visits and holds a storytime with craft and singing.

Nestled amongst the animals, in between the swans and kangaroos, is a bright red community reading box. The aim is to have children’s books freely available for families to enjoy while in the gardens or afterwards at home. And for families to be able to donate books they no longer want. 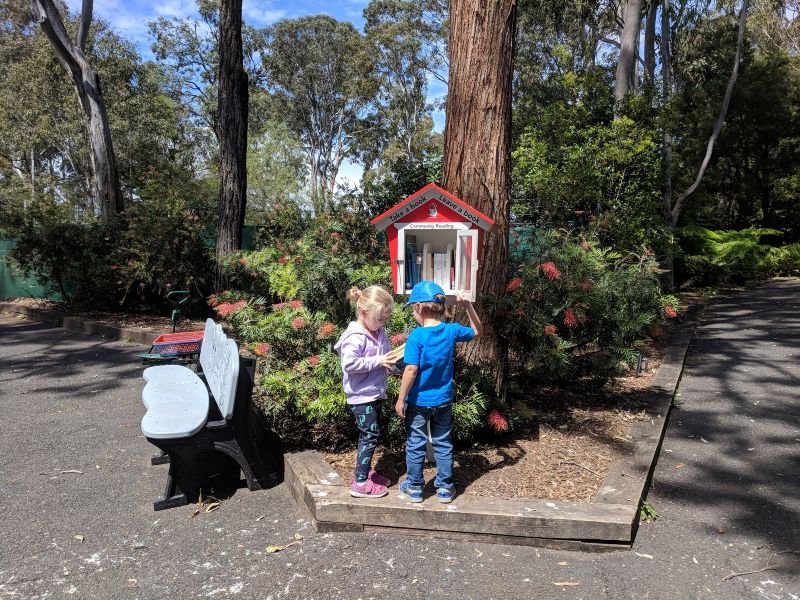 The community reading box, or street library, was created by the Men’s Shed in Granville thanks to Cumberland Council and Wenty Leagues.

5Other Features and Facilities

In addition to the animal enclosure and playgrounds, there is:

Central Gardens is great for family picnics and group get togethers, with lots of bbqs and picnic tables. There are also toilets, tennis courts and on-site parking.

You can enter Central Gardens either via Merrylands Road or Paton Street, where you will find free off-street parking. There are two buses that will take you to near the Merrylands Road entrance – bus 806 (from Parramatta to Liverpool) and 818 (from Westmead to Merrylands).

Pick Your Own Oranges and Mandarins – Anderson Farm | Hawkesbury River 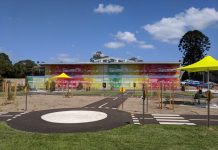 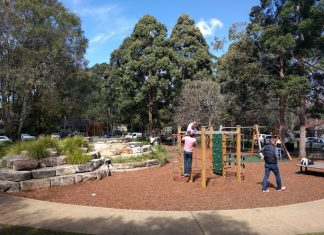