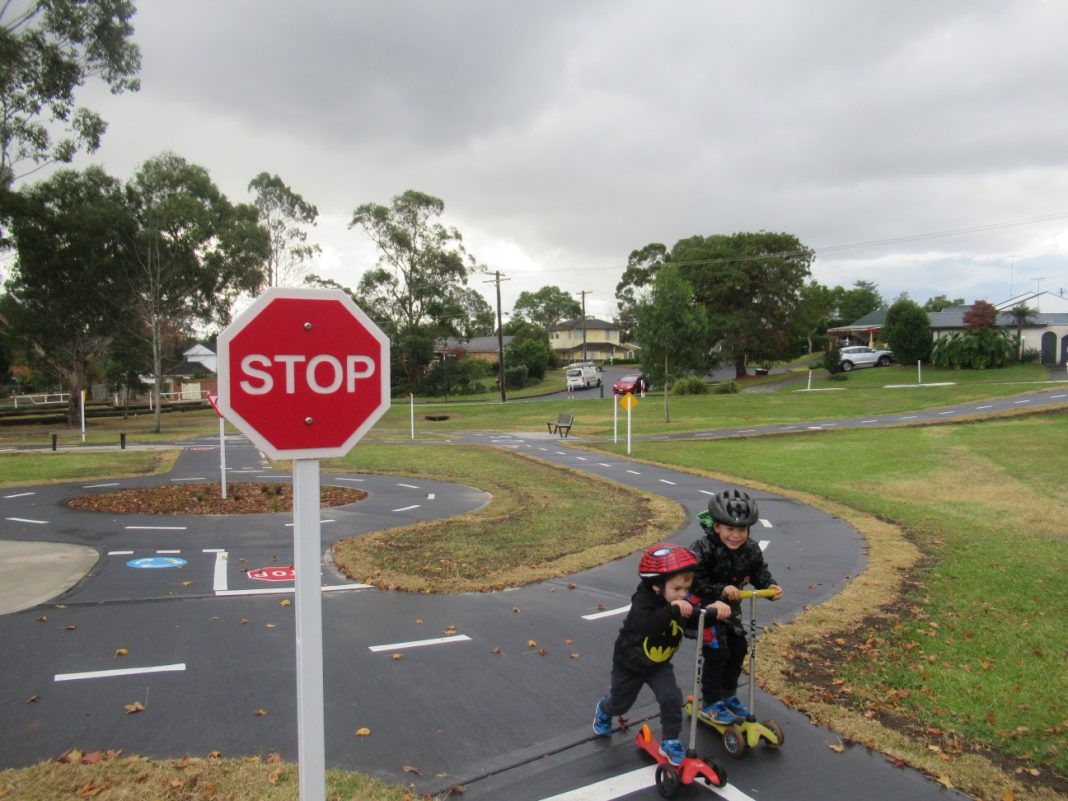 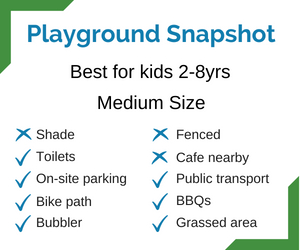 Purpose built scooter/ bike tracks are all the rage at the moment. And Coolong Reserve in Castle Hill has one of the newest, with its dinky track opening in June 2018. But this park, just 10kms north of Parramatta, has a lot more to offer families.

Next to the scooter/ bike track is a playground, BBQ and picnic tables. On the western side of Coolong Reserve, you will find netball courts, toilets and a small fenced playground. And on the eastern end, there is a fenced dog off-leash area and sports fields. 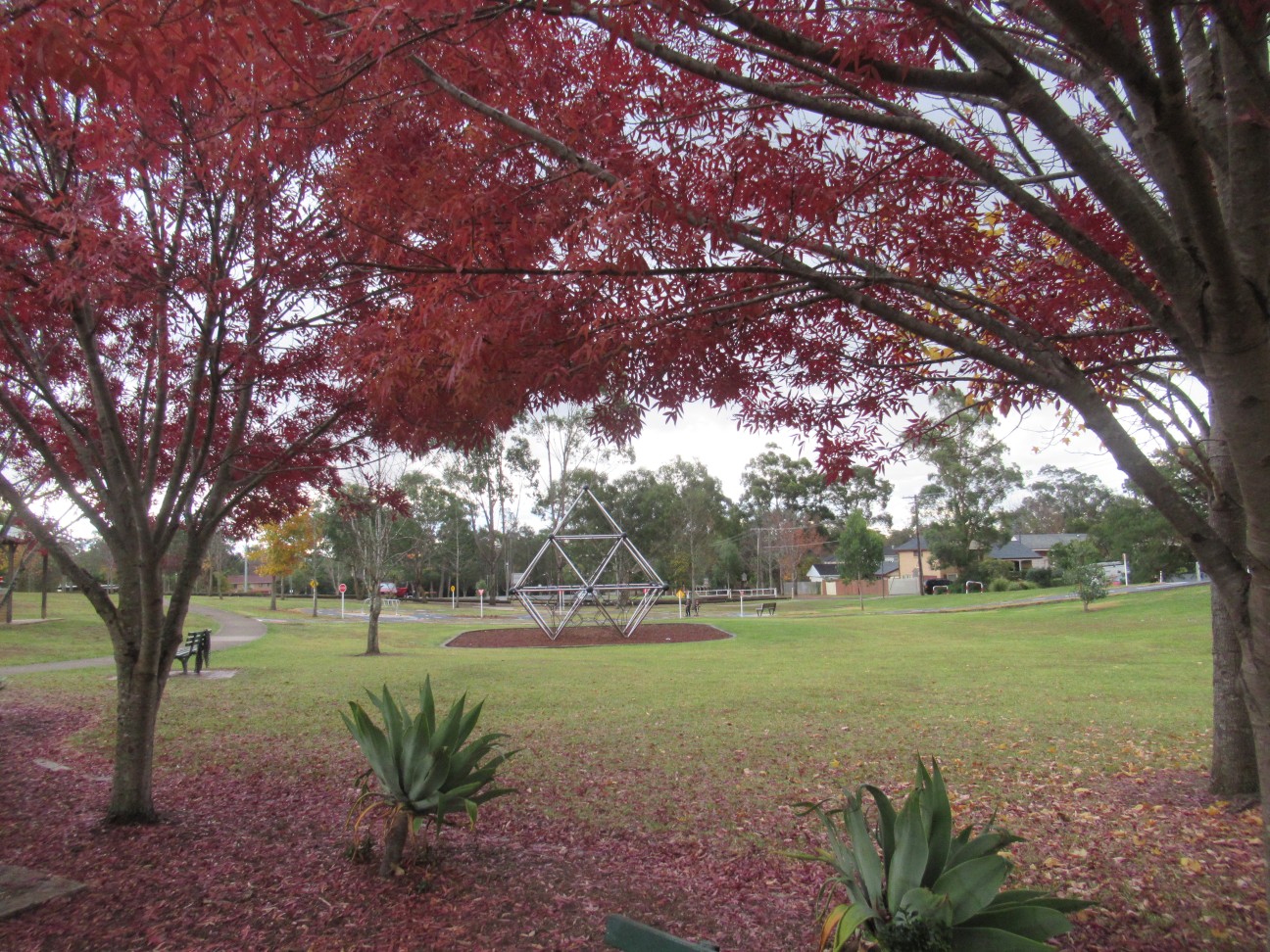 Unlike most other scooter/ bike tracks, the one at Coolong Reserve has a few slopes that kids can enjoy riding down.

There are also roundabouts, a parking bay, road signs and zebra crossing. My boys particularly liked the kangaroo sign.

The path from the scooter/ bike track continues to either the main playground, with a bbq and two covered picnic tables.

Or you can head around to the right to the netball courts, toilets and a smaller fenced playground.

The main playground has a bark ground and there is some natural shade. The play equipment includes: 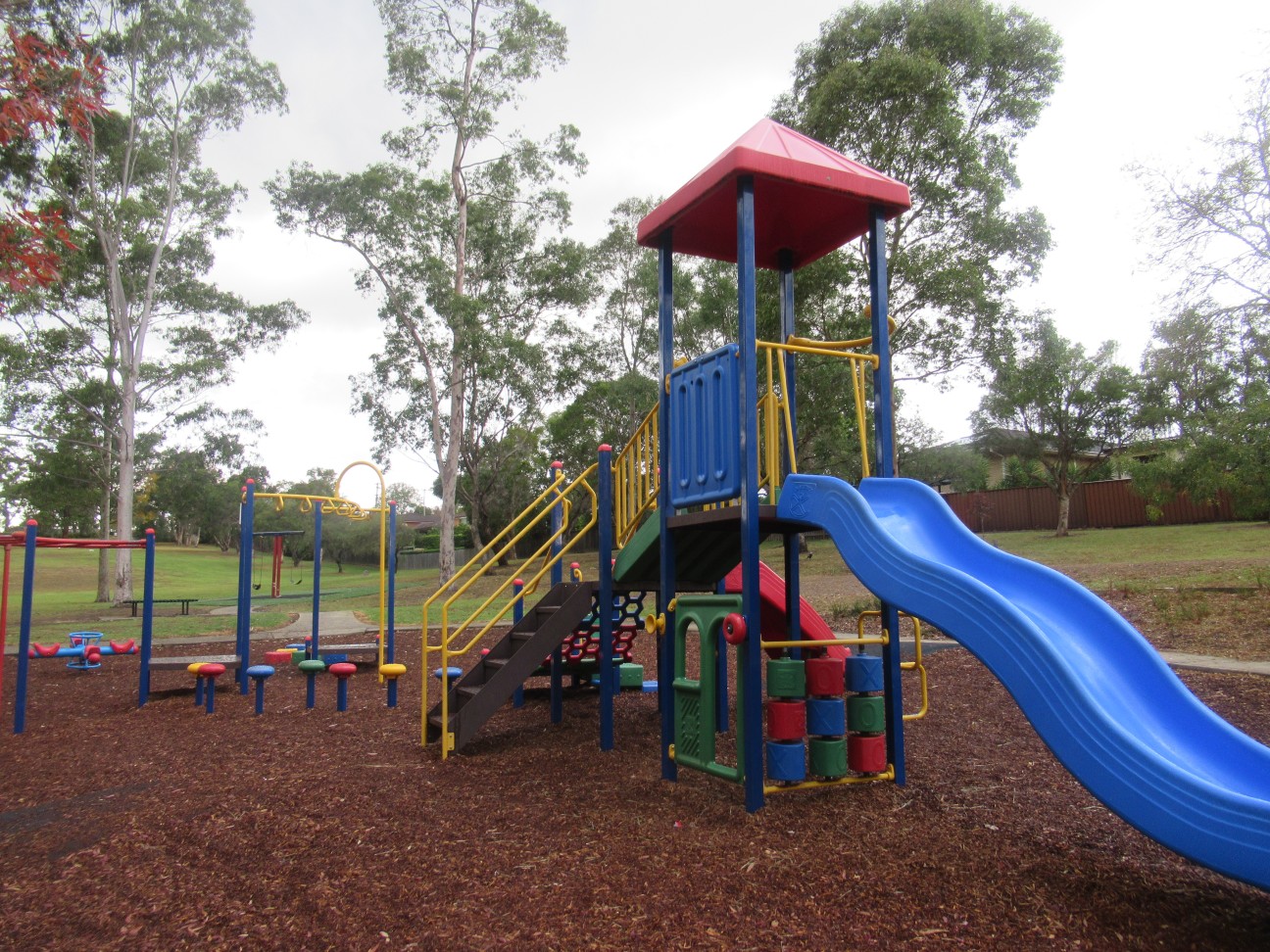 And you will also find a swing set, with a toddler seat, and a large rope climbing frame.

To the west of the scooter/ bike track, passed the on-site parking and netball courts, you will find the toilets and a fenced playground.

This small playground, behind the amenities block, has good natural shade and a synthetic ground, plus a sandpit. The play equipment consists of a small climbing play gym, with a slide, as well as a dolphin and motorbike rocker. 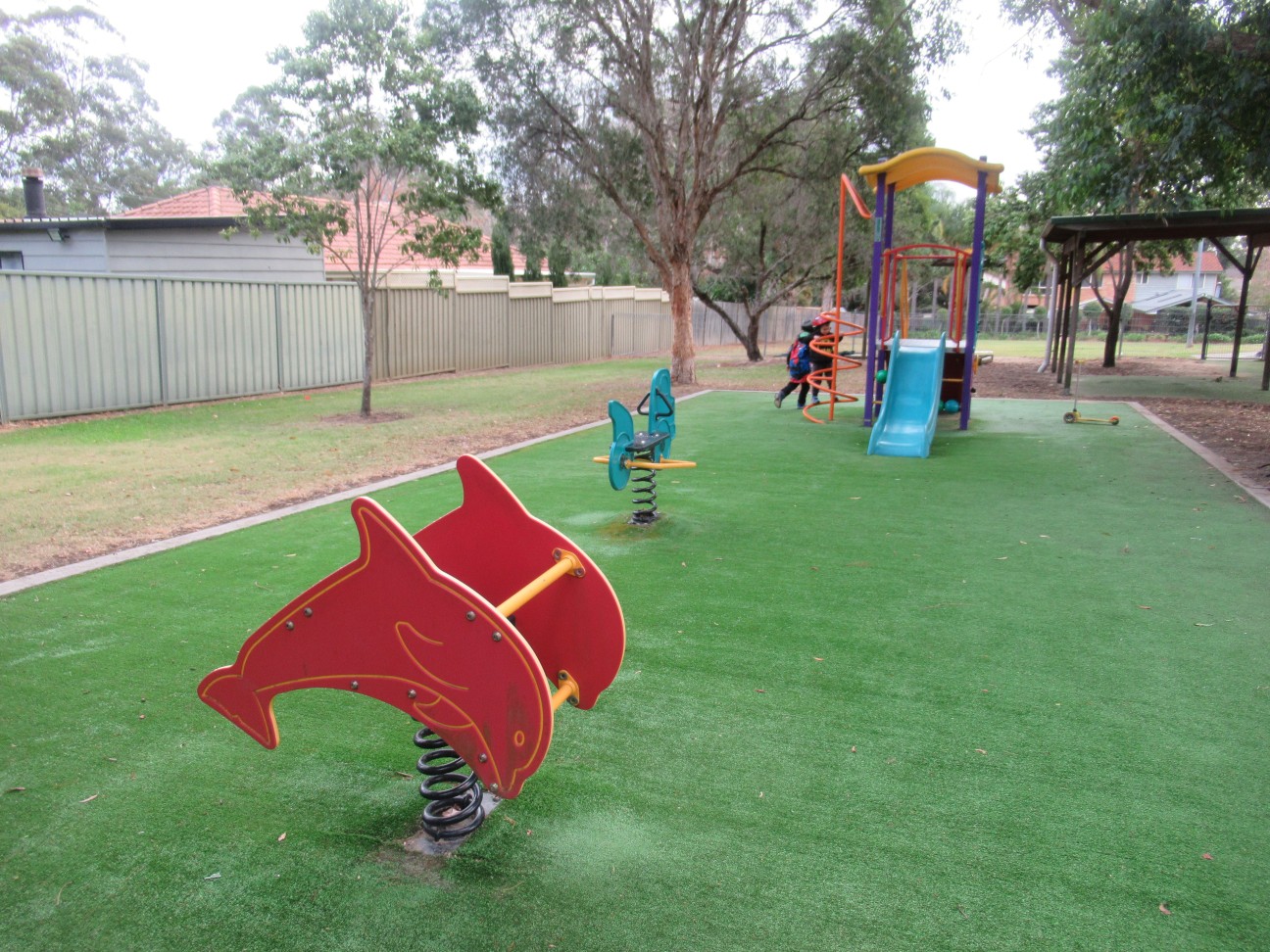 There is a separate accessible toilet, with a baby change, open during the day. 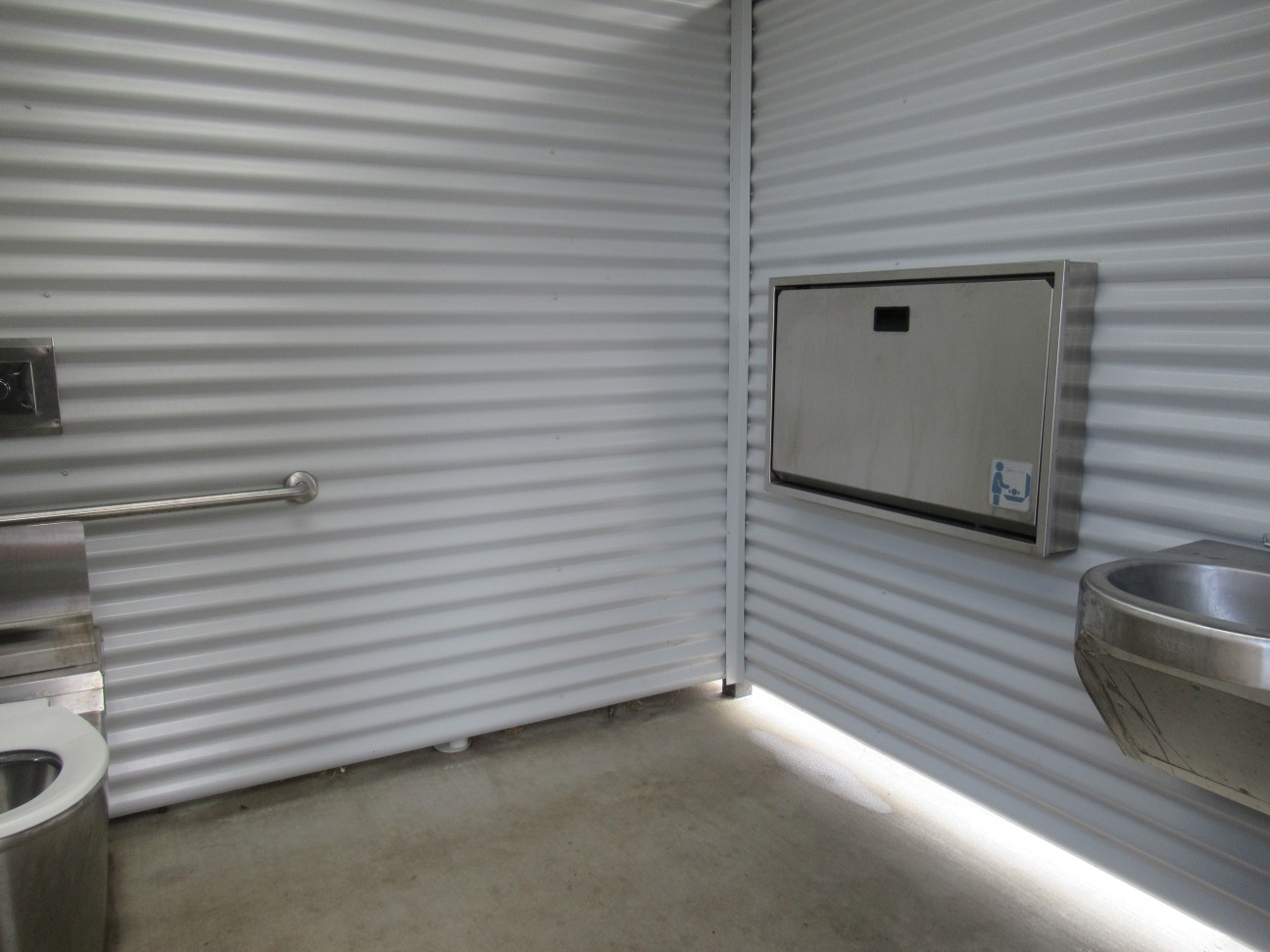 On the eastern end of Coolong Reserve, there is also a dog off-leash area and sports field. We saw dogs being taken up here, but didn’t explore that end of the park with too much interest in the dinky track and playgrounds.

Coolong Reserve is in Castle Hill, just 10km north of Parramatta. The park is about mid-way along Coolong Street and the on-site parking is in the middle of the reserve. 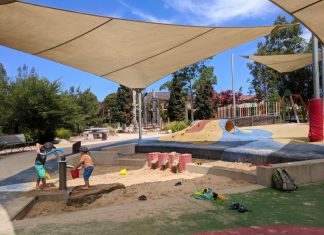