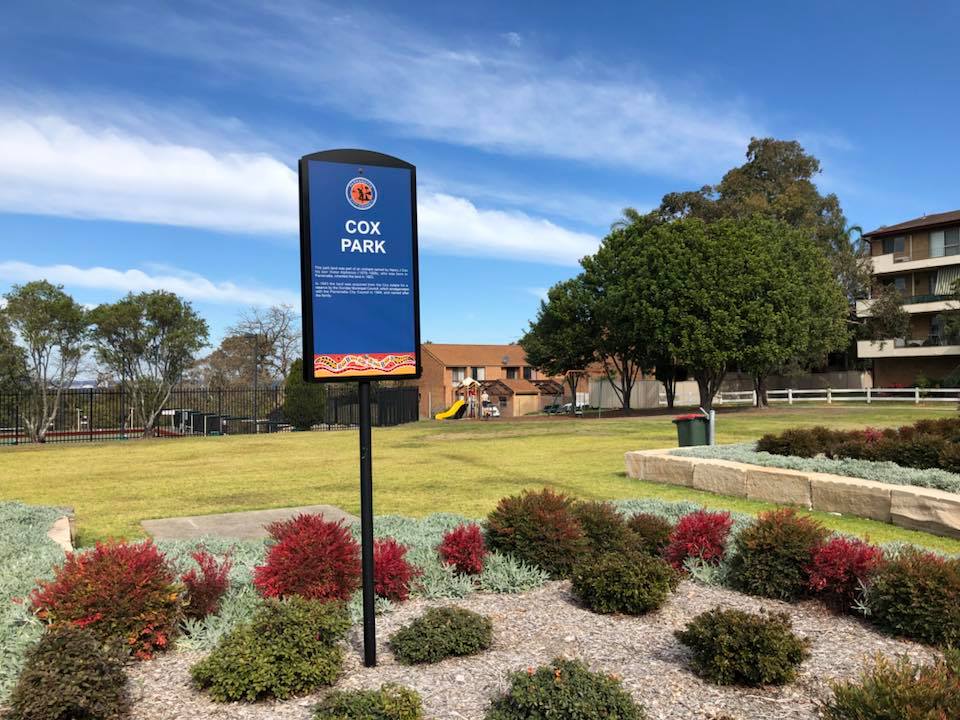 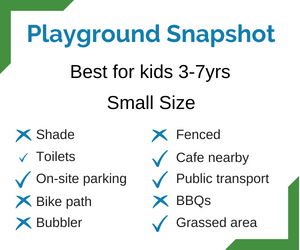 Cox Park is located next to and behind the Carlingford Sports Club (or Carlo Bowlo as it is commonly known as). It’s a large park with a playground, playing fields, grassy area, bushland, amenities building and a secret garden. The entire park is to be upgraded as part of the Cox Park Masterplan, though we are still waiting on details of the timing.

The playground is next to the Carlingford Sports Club on Pennant Hills Road. There are lots of beautiful garden beds creating a bit of a barrier from the very busy road. But it’s probably best to avoid this playground if you have a runner. It’s a nice local park to stop for a play. 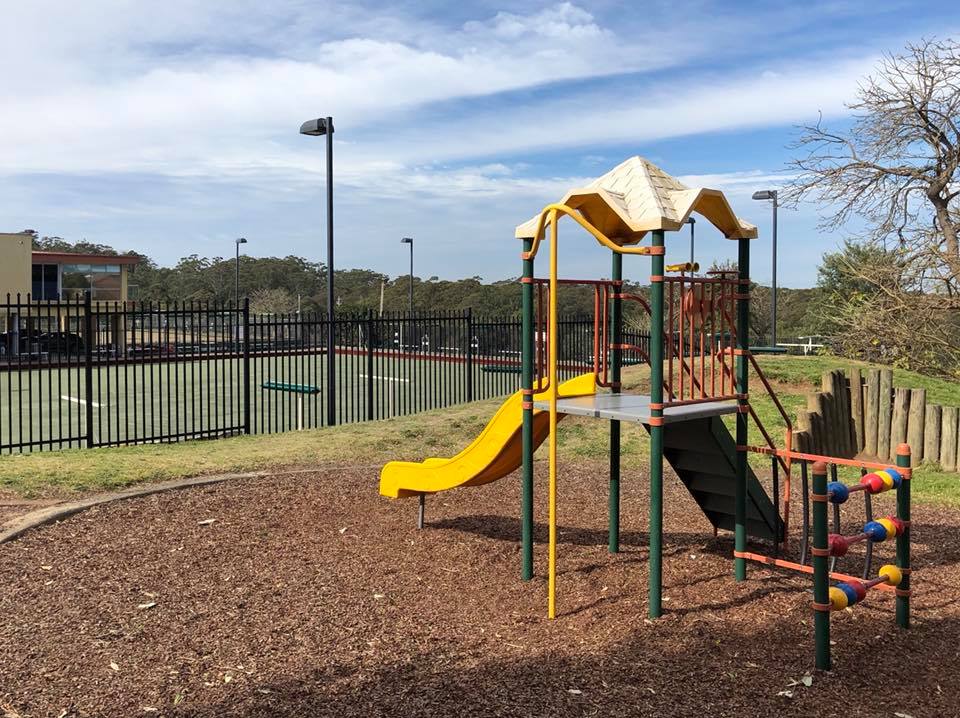 The playground has dirt bark under the play equipment and a few trees to offer some shade. There are a few park benches and a rubbish bin nearby. 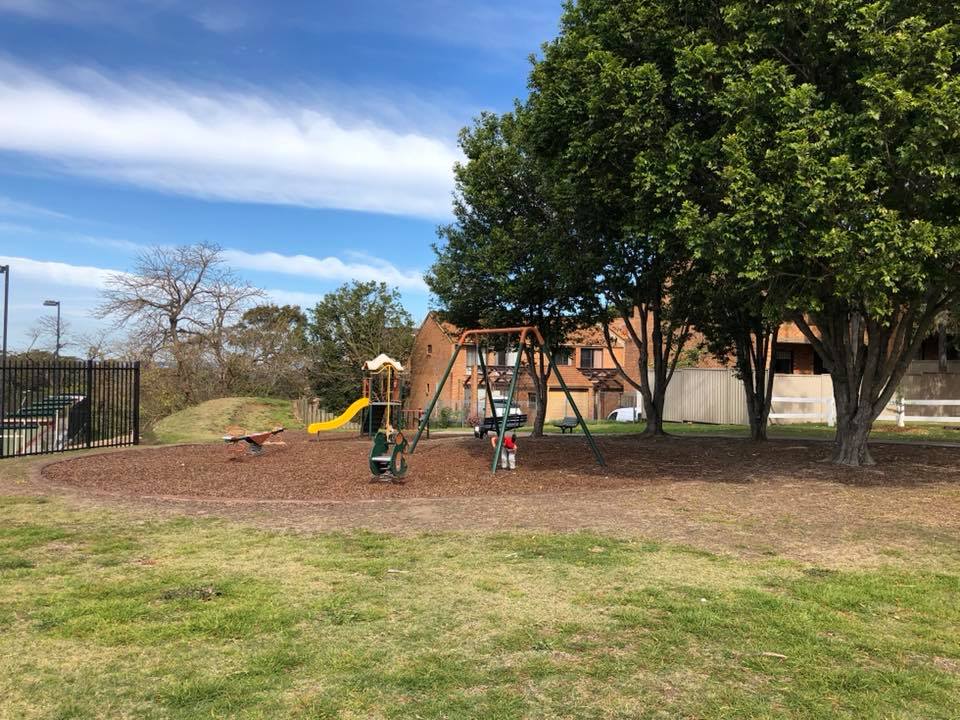 If you follow the grassy area down the hill behind the playground, the space opens up to the playing fields. Further down you can see the bushland and if you know where to look you’ll find the secret garden!

But first the playing fields…which are huge! A great place to go kick a ball or fly a kite when a game’s not on. During Winter the grounds are used for League and Rugby Union and for cricket in the Summer. 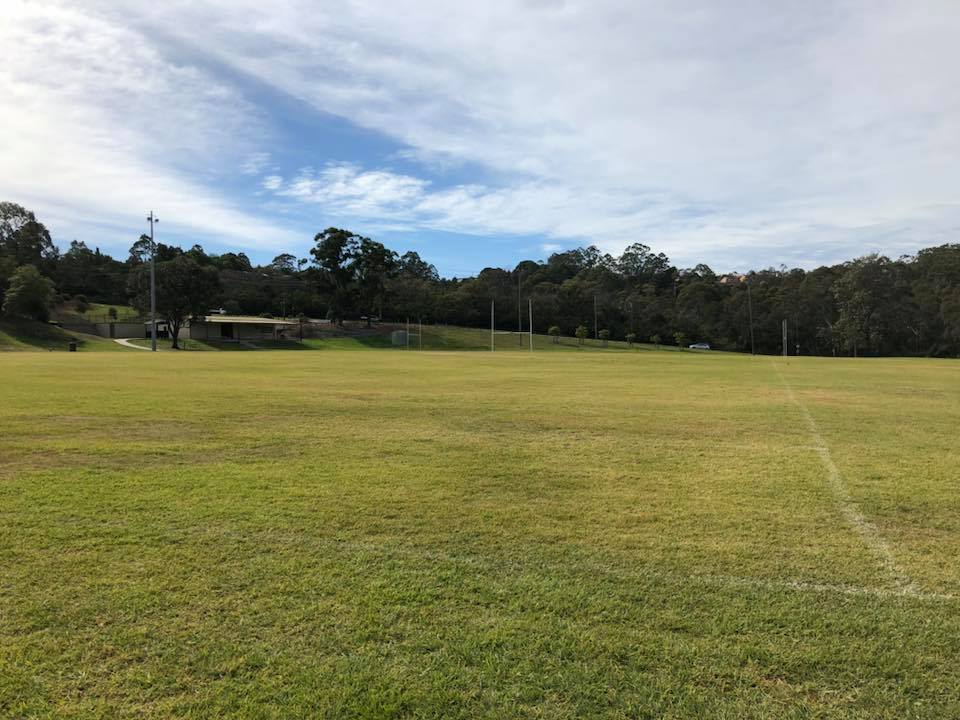 The amenities building next to the playing fields has some undercover seating and some toilets/changing rooms. The toilets were locked when we visited. Hopefully as part of the upgrade they will install locks on a timer so they are accessible during daylight hours. There is a car park behind the amenities building. 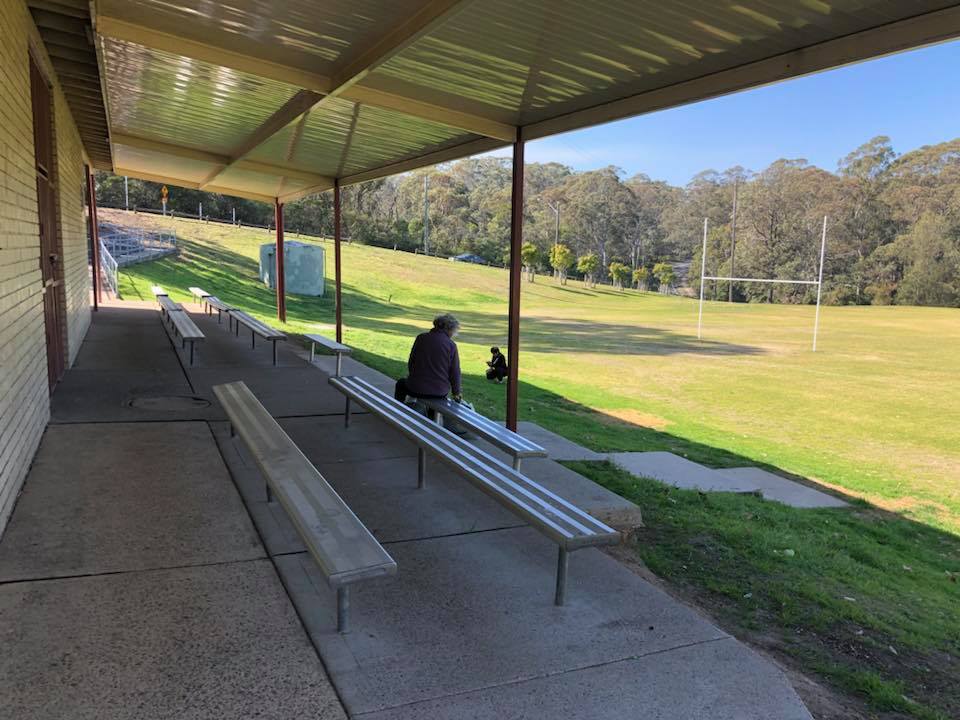 The bushland that makes up some of Cox Park is part of The Ponds Walk. The walk starts just further up the hill past Evans Road at The Eric Mobbs Reserve on Marsden Road.

Aldrick Gardens in Cox Park are named after Adrian Leonard Aldrick and his wife Neryl Aldrick. They both contributed significantly with time and money to the beautification of the parkland over more than 50 years.

The gardens are on an empty house block. And there is a grass walkway through the garden, connecting Honiton Avenue with the playing fields in Cox Park. Aldrick Gardens are nice but simple. It would be great to see Council continue to improve on the space by adding a couple of extra garden beds with vegetables, herbs and some fruit trees for the community to come together.

The Cox Park Masterplan to upgrade the entire park looks really good. It doesn’t seem to have a budget or time frame associated with it, hopefully it is sooner rather than later. It’s a great park but it can definitely benefit from an upgrade.

Cox Park can be accessed from Evans Road, next to the Carlingford Bowling Club, where there is a car park. Or from Honiton Avenue, where there is street parking, and walk through Aldrick Gardens. 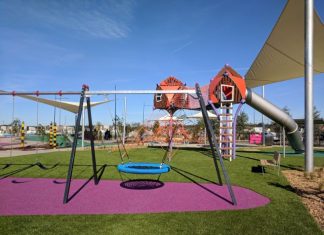