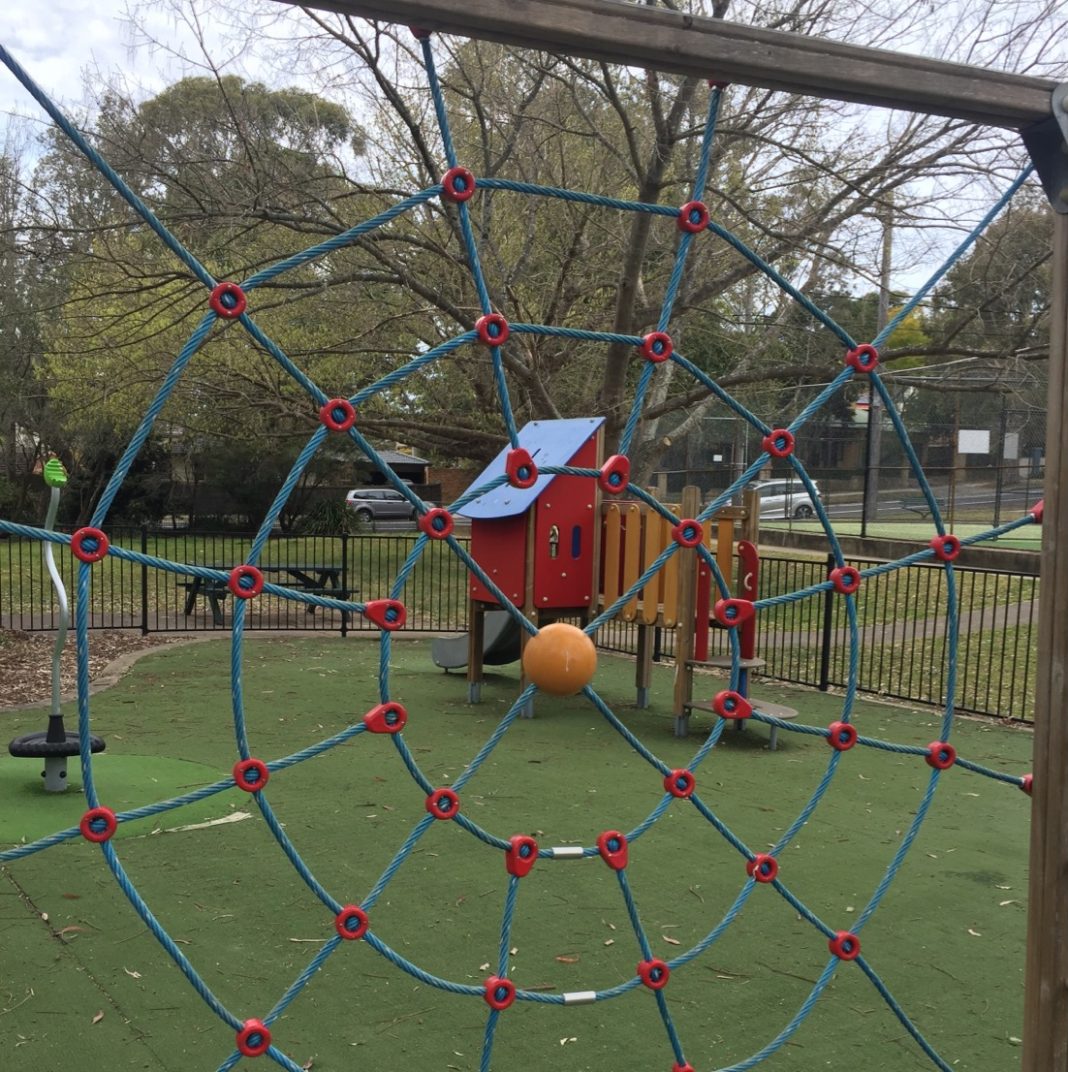 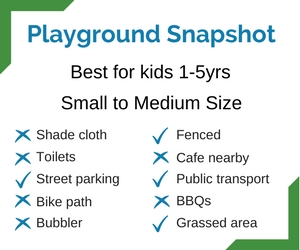 David Scott Reserve is located on a large corner block, where Midson Road and Wyralla Avenue intersect. It consists of a fully fenced circular area with play equipment, a swing set (one toddler), some picnic tables and bench seats. The rest of the block is a large grassy area. All nestled under large trees looking across to the tennis courts.

The ground under the play equipment and the swings is synthetic grass. There are some concrete footpaths that could be used for scooters. However the paths aren’t ideal as they lead back to the road. 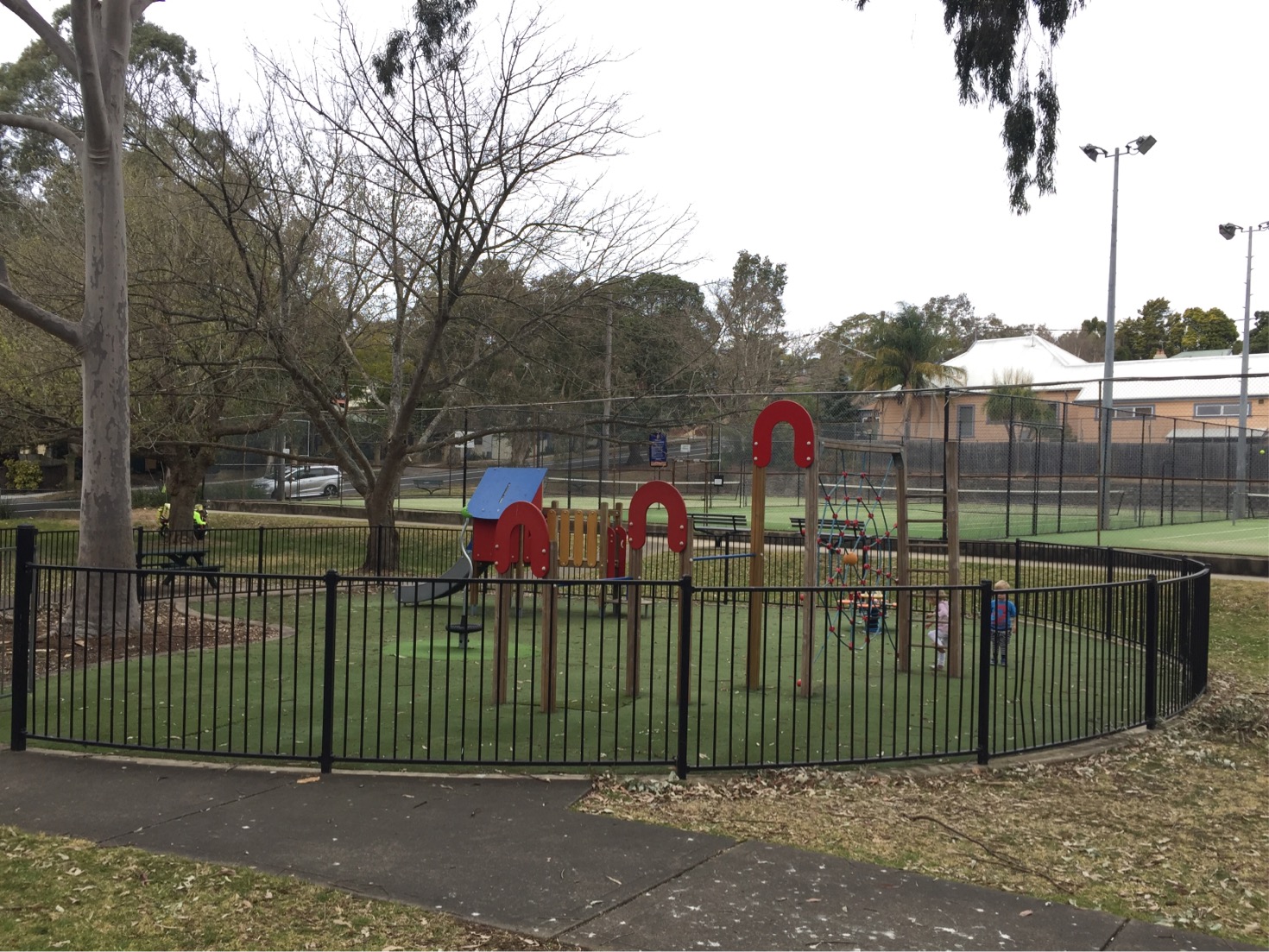 The play equipment is a small tower on one side, a climbing section on the other and the swing set, which is outside the main fenced play area. 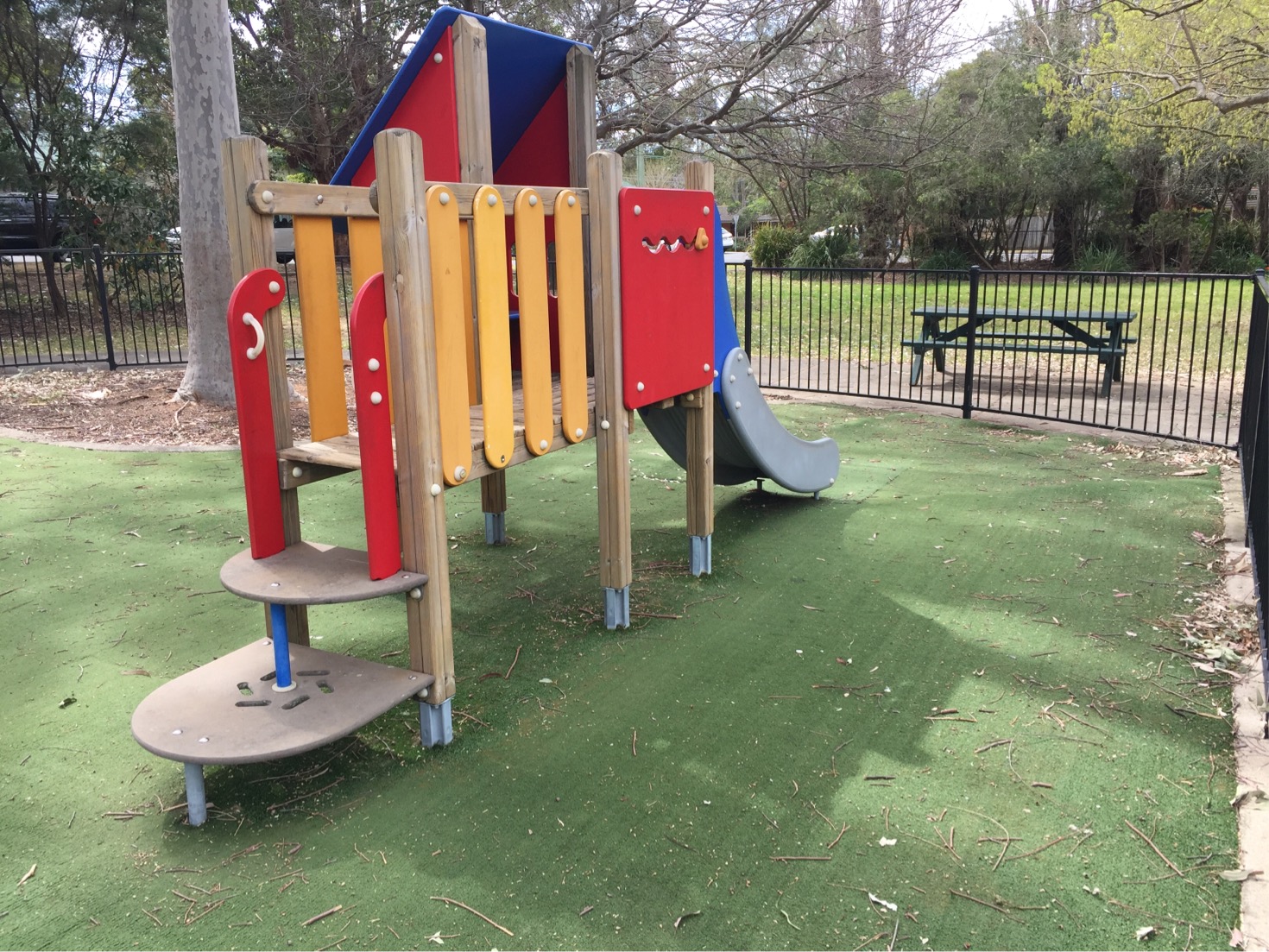 The climbing section includes a spider web climbing frame, ladder and some horizontal poles for children to pull themselves up on. The small tower has a steps up, a small cubby and a slide. There is also a four person rocker and a spinner.

This reserve is named after David Scott, a local resident, who formed the West Epping Recreation Club.  Under his leadership, the club bought the site of the reserve and the adjacent tennis courts, which opened in 1923.

To use the Tennis courts, contact the Eastwood-Thornleigh District Tennis Association.

David Scott Reserve is on the corner of Midson Road and Wyralla Avenue. There is street parking and buses (541, M54) stop near the reserve. 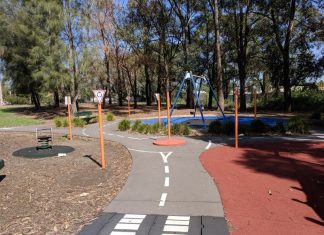