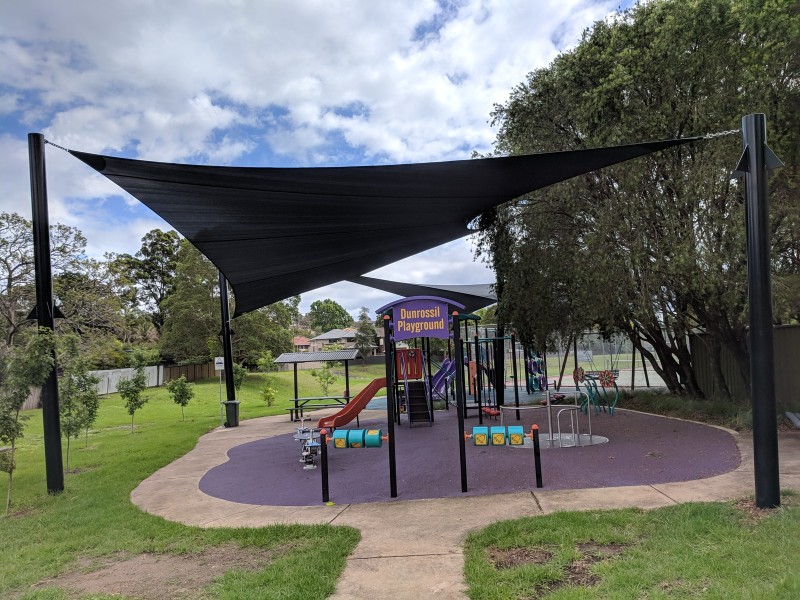 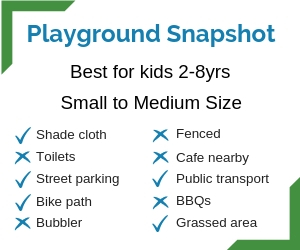 Dunrossil Park has recently had a little face lift. And shade sails have also now been installed – yay! Plus the park boasts a lovely large, grassed open space and tennis courts. And its not too far from Carlingford Court and North Carlingford shops.

The playground is unfenced but it’s set back from the street. The recent ‘upgrade’ was more of a refresh. Most of the old play equipment was kept, which we are happy about seeing it is still in good condition. New softfall has been put down on the ground. And a merry-go-round, bike see-saw and new swings added. Note: our photos are a mixture of pre and post shade sails being installed.

It still feels like two small playgrounds in one. On one side of the ‘bridge’ is play equipment more suited to younger kids. And on the other side, there is a taller climbing play gym. Linking the two areas are also some colourful stepping stones. 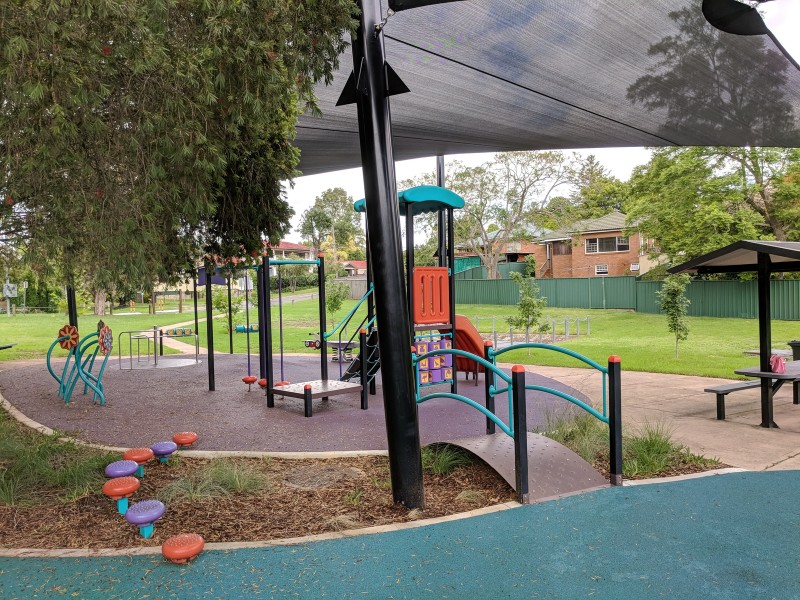 Within the playground you will find:

The large green open space starts as a bowl shape and on the far side is an oval. The small hills are great for running up and down, tumbling and rolling. Next time, we will take some cardboard to sit on to slide down the hills.

There are tennis courts available free of charge from October to February via keyless entry (conditions apply).

The large oval is great for a walk or run. Pack your ball, kite or frisbee for some fun in the sun. There is a small path next to the playground that could be used for bikes and scooters but it’s not ideal. The edges are a bit uneven (my little one took a stack) and it leads back to the road. 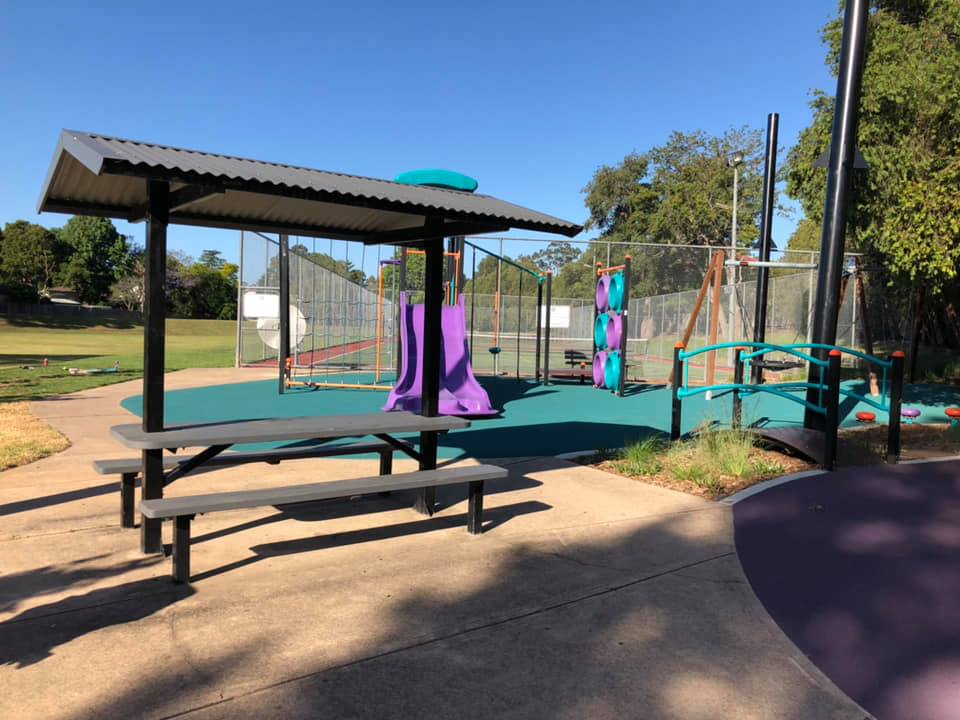 As part of the recent upgrade, shade sails poles have been installed. So hopefully the shade sails go in soon! But in the meantime, there is natural shade in the early morning. And the large houses give some shade late in the afternoon.

The playground at Dunrossil Park is best accessed from Dunrossil Ave in Carlingford, between Alexander Parade and Pennant Parade. There is street parking available. And bus 546 that runs from Epping to Parramatta stops right near Dunrossil Park. Plus, it’s walking distance from Carlingford Court. But down/ up a hill. 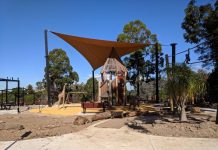 WIN Family Pass to Room on the Broom – Live on... 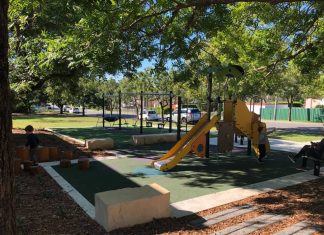