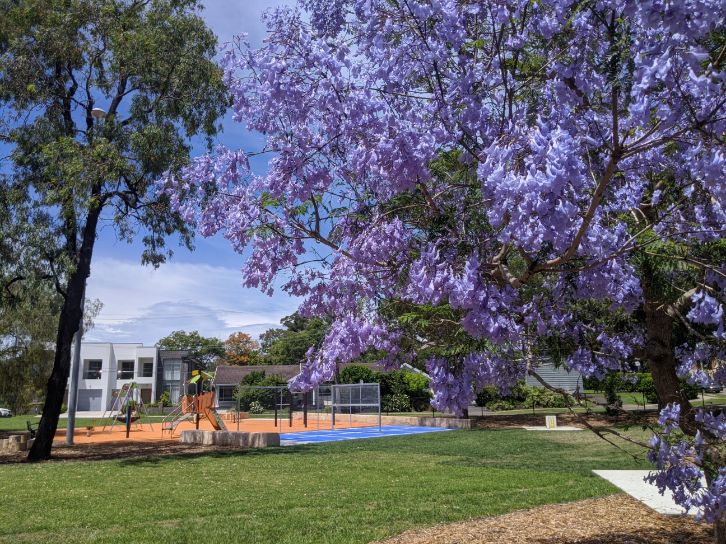 Did you know that Carlingford has the most number of playgrounds in any suburb (by far!) in the City of Parramatta? But unfortunately not many of them are near the large apartment blocks that have been built over the last few years across from Carlingford Court and the train station. 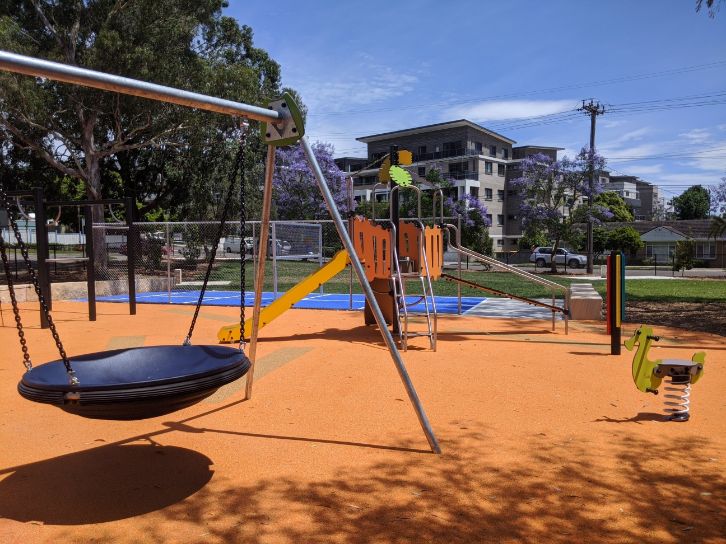 The upgrade of Edwin Ross Reserve should go some way to address this. By adding a playground where one didn’t previously exist, local families now have somewhere nearby to play nearby. 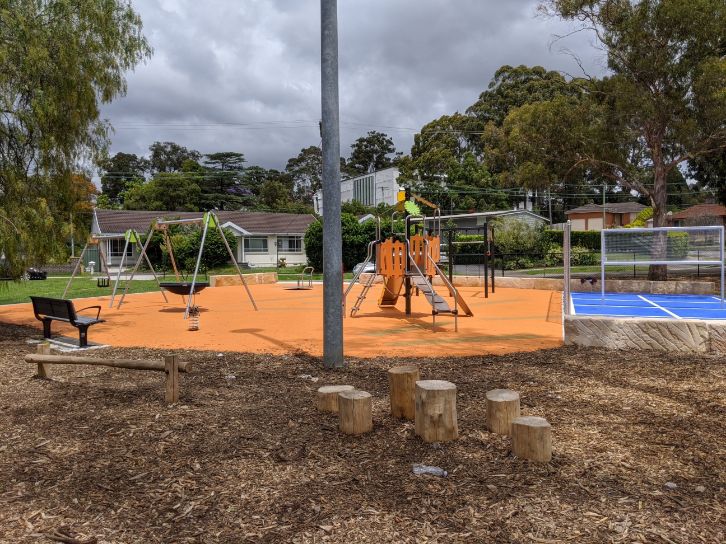 Even though it’s only a small reserve, there’s now play equipment for a range of ages, including swings, merry-go-round, climbing cube, stepping pads, balance beam and slide. The ground under the play equipment is rubber, soft fall. There’s some natural shade over the playground at certain times of the day, thanks to the tall trees that were already in the reserve. But it’s not going to be one to play at in the heat of summer! 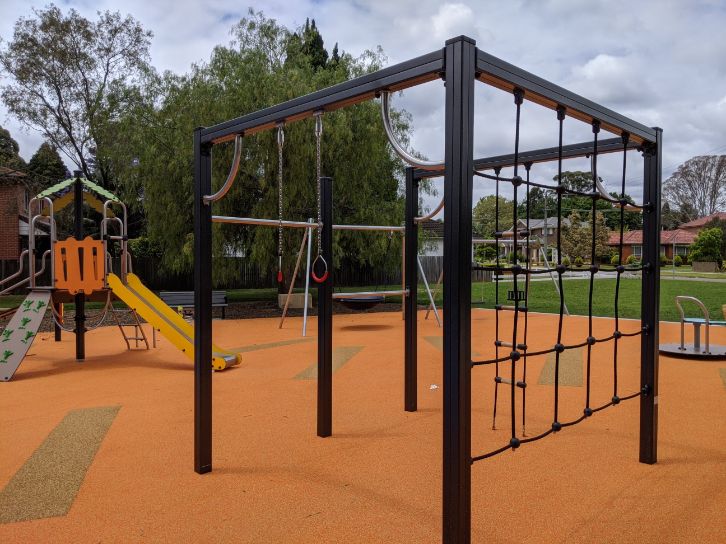 Plus, there’s a sports court (for volley ball and badminton), spot to play cricket (with permanent stumps) and space to kick a ball around and have a picnic. 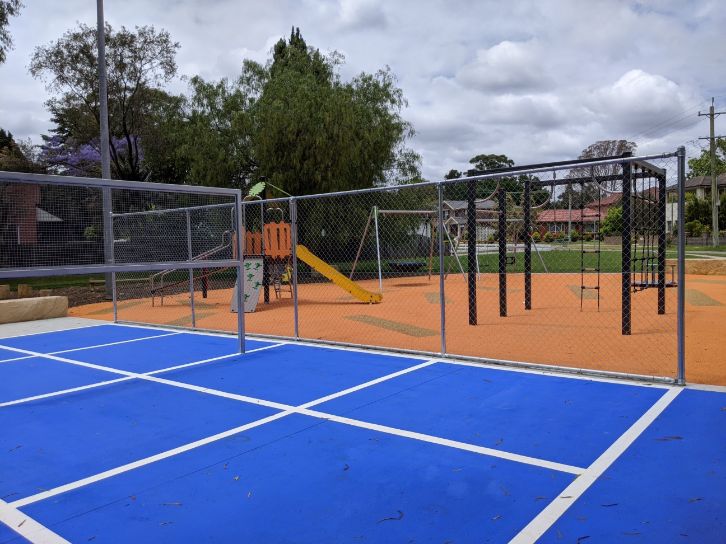 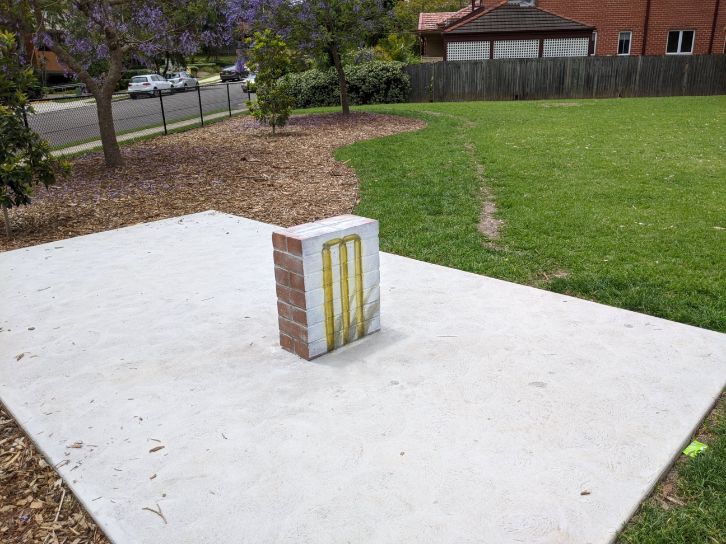 And there’s also seats and a picnic table. 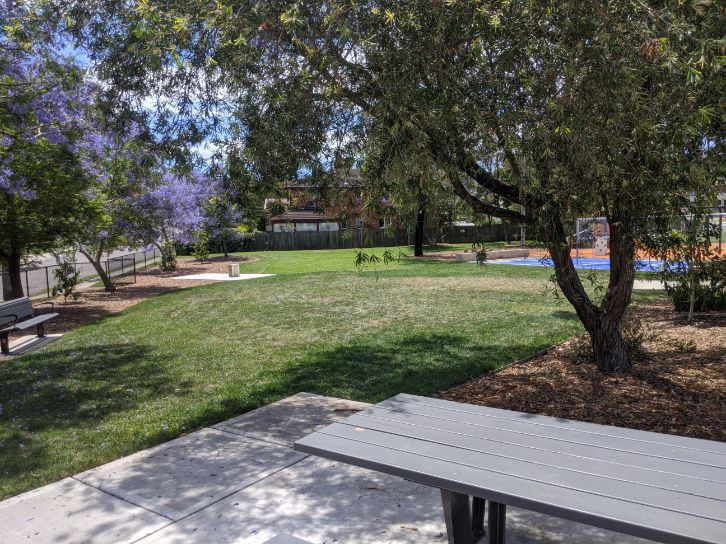 Just surprised that the fence doesn’t go the whole way around and there’s no bins (but sadly litter!). But we’re happy to report that the planned street library is on its way – students from Carlingford Public School are just adding the finishing touches. 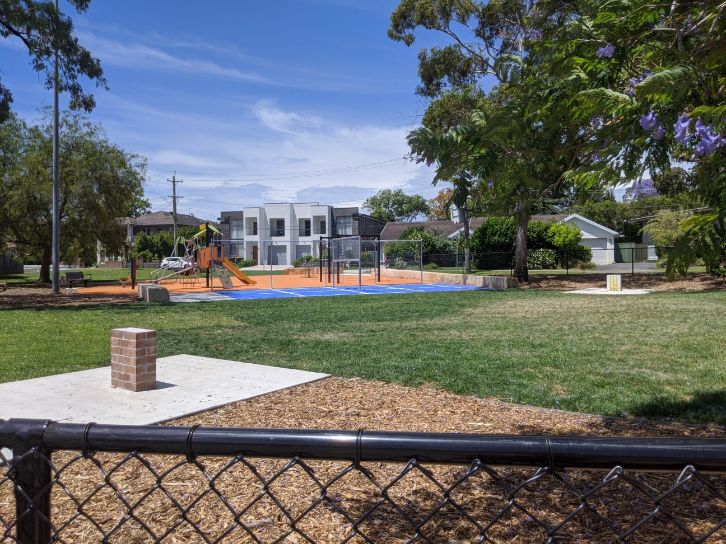 The new playground is on the corner of Keeler St and Barellan Ave in Carlingford. There’s limited street parking on surrounding streets. 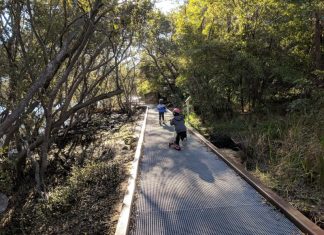