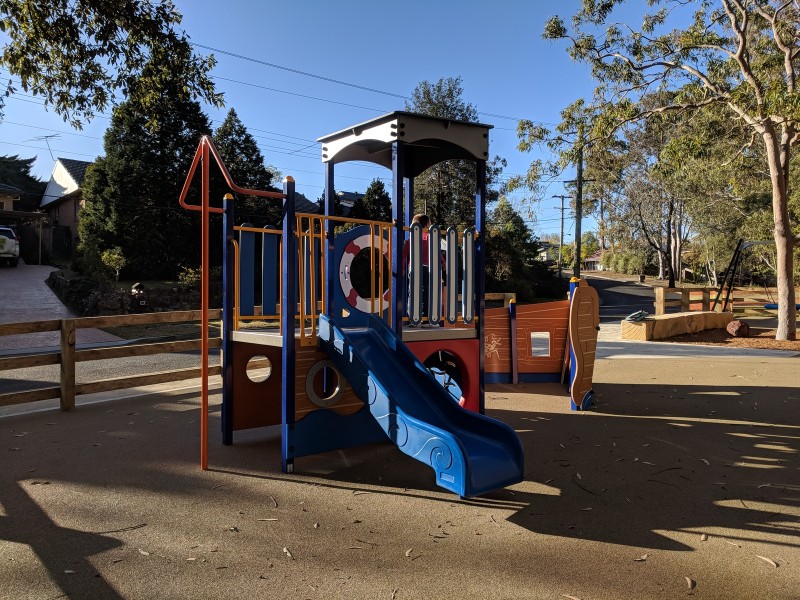 Hunts Creek Reserve now has two fun playgrounds, great for preschoolers and young primary school kids. One on the western end on Northam Drive in North Rocks and this newly upgraded one on the east side on Lesley Avenue. Both have paths that take you to Balaka Falls.

The fences came down on the new playground at Hunts Creek Reserve East in mid August 2018. And look what we found lazying around! 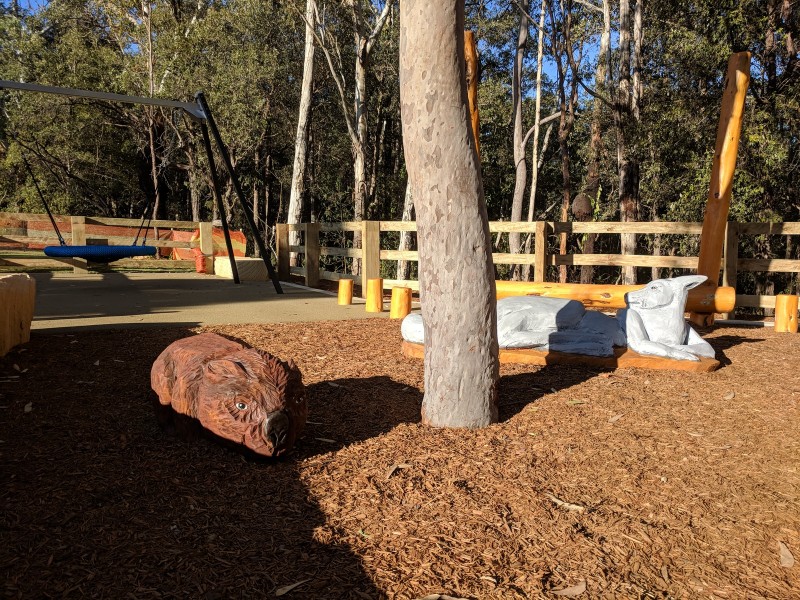 The upgraded playground is definitely a great improvement on the old slide and swing that was there! On one side is a boat climbing play gym with slide and fire pole.

And on the other side are swings, logs to balance on, stumps to jump between and two wooden native animals.

There is a wooden fence going around most of the playground, but unfortunately not at the front of the playground along the road. It is though a quiet street but you will need to watch little wanders with a keen eye. 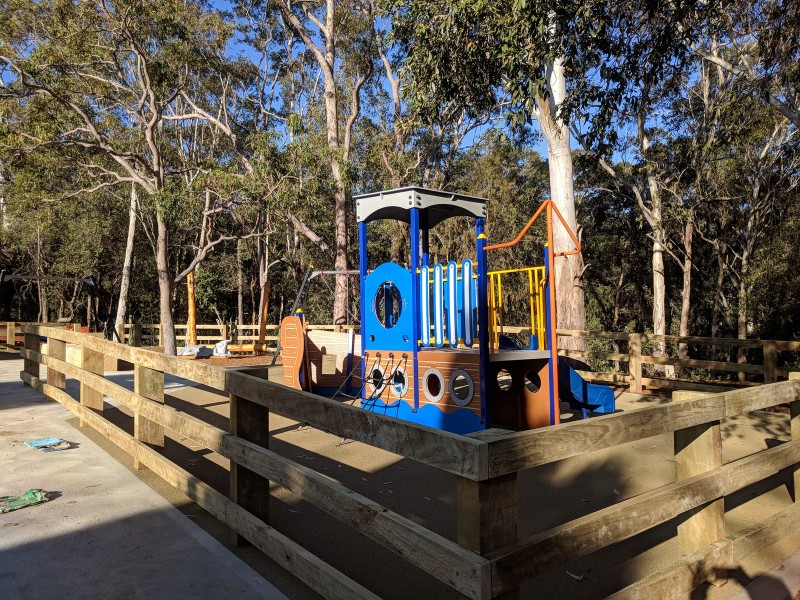 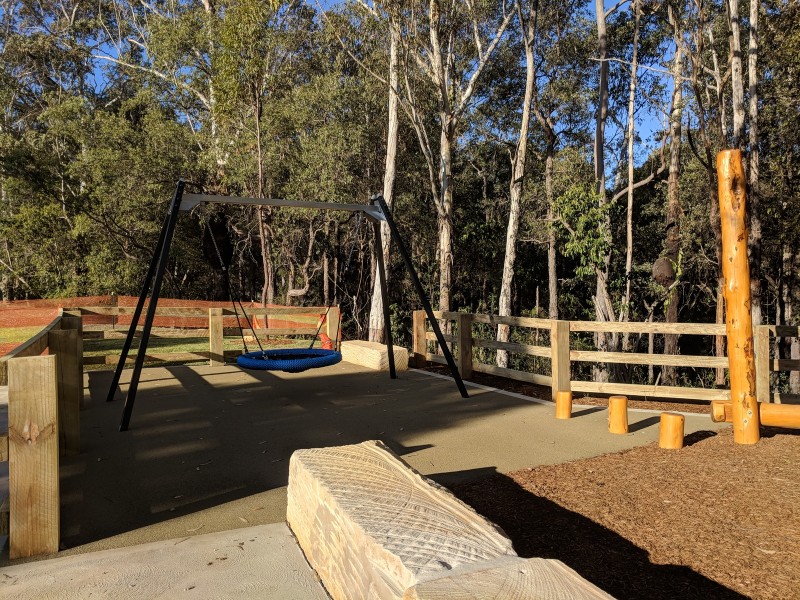 When the new playground first opened, there weren’t any park benches. But since then they have installed one along with a picnic table. Plus, there are a number of large sandstone blocks to sit on. 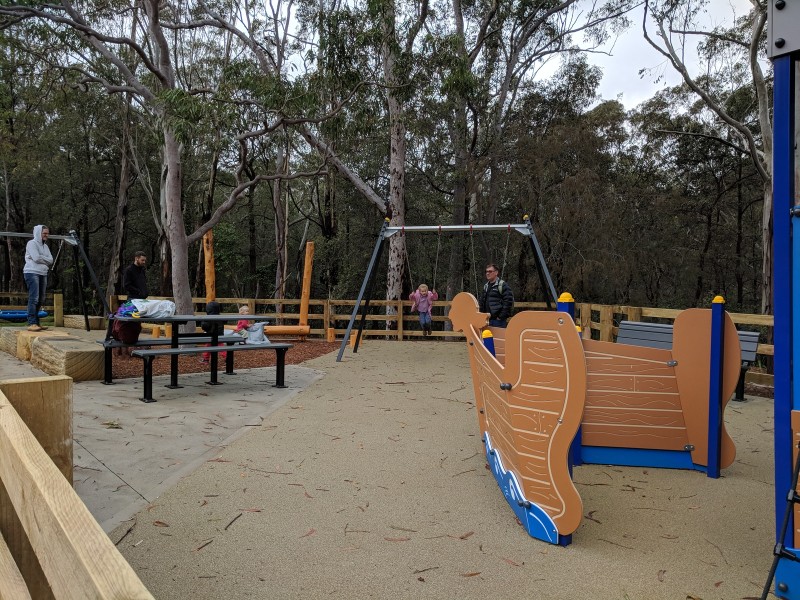 We are also happy to report that the rope climbing ladder on the boat has been fixed. So little ones should be able to climb up it now. 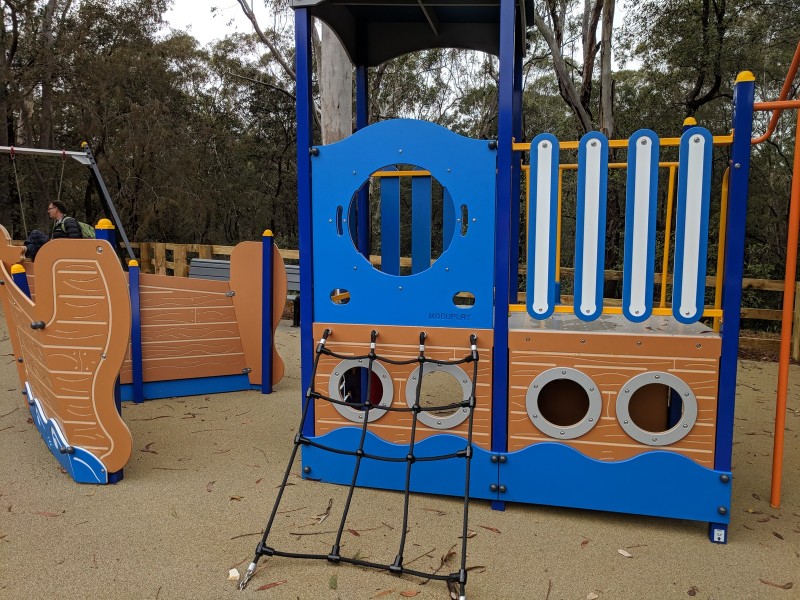 Hunts Creek Reserve East Playground is about a 550m walk to Balaka Falls along a mostly flat, wide bush path. And we have been walking here with our two little ones since they were 2 years old.

The playground on the east side of Hunts Creek Reserve is on Lesley Avenue, opposite house 27, in Carlingford. There is just street parking. 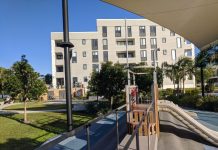 Halvorsen Park – Playground and NEW Cafe by the River | Ermington 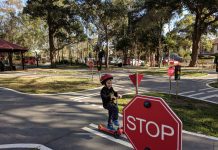 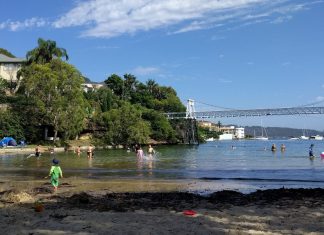