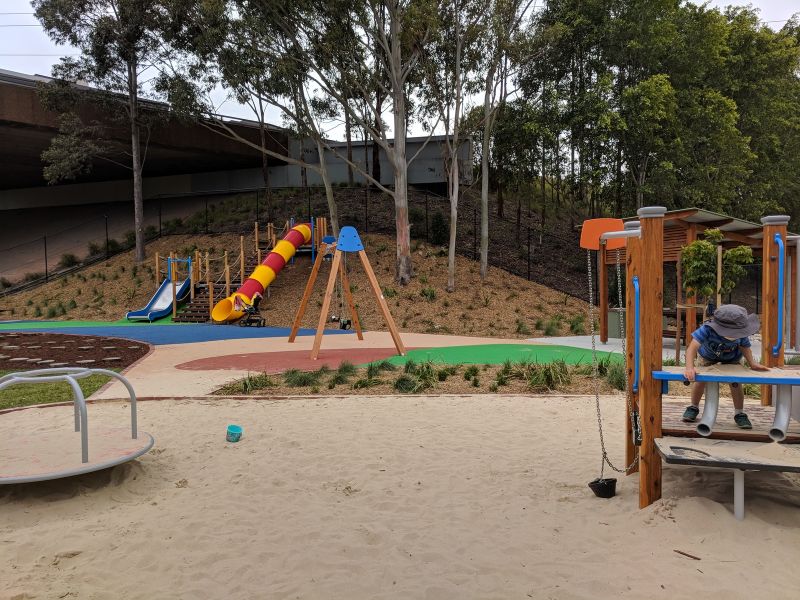 Ismay Reserve opened at the end of September and is a new green space and playground in Homebush. It sits under the M4/ new WestConnex and runs along side Powells Creek. And be warned, if you aren’t a local and driving to Ismay Reserve – it can be tricky to find. Our GPS took us onto the M4 and then told us we where there…. well technically we were, just over the top of it with no way to easily get down! 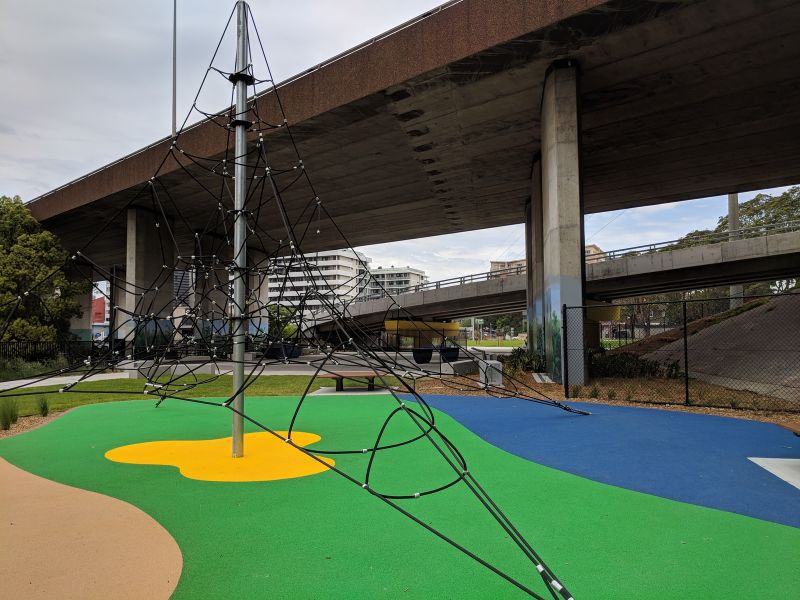 Ignoring the fact that Ismay Reserve is under a major road, it’s a really nice community space, with a mix of facilities and equipment to suit different interests. There’s table tennis and merry-go-round, a futsal court and sand pit, exercise equipment and a rope tower, bike path and murals. Plus toilets and BBQs.

My Mr 5 particularly liked the climbing play gym surrounded by sand, with buckets and scoopers to play with. Plus the merry-go-round that has a standing hole. 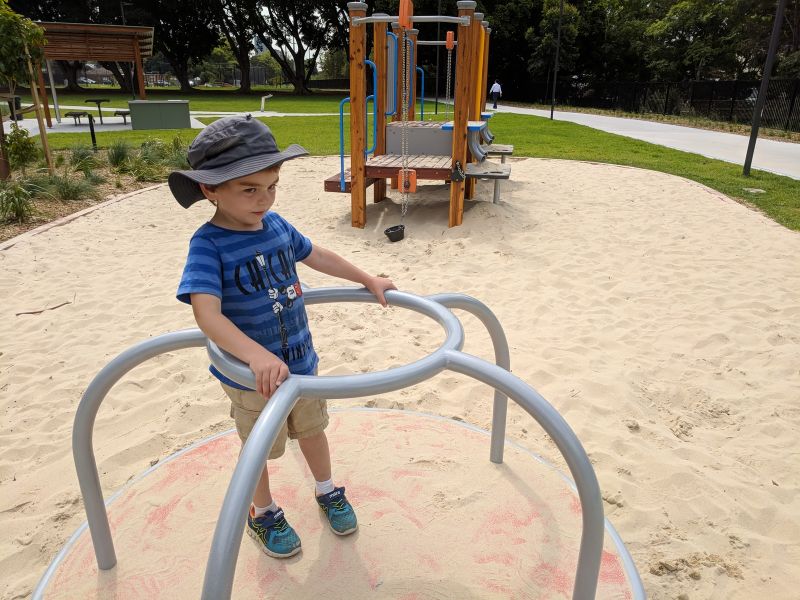 And I really liked the stepping blocks and facilities.

It is a bit weird though being under a major road. And I couldn’t help but think about someone driving along the M4 and throwing rubbish out their window… and it landing into the playground. The noise though wasn’t too bad when we were there in the middle of the day. 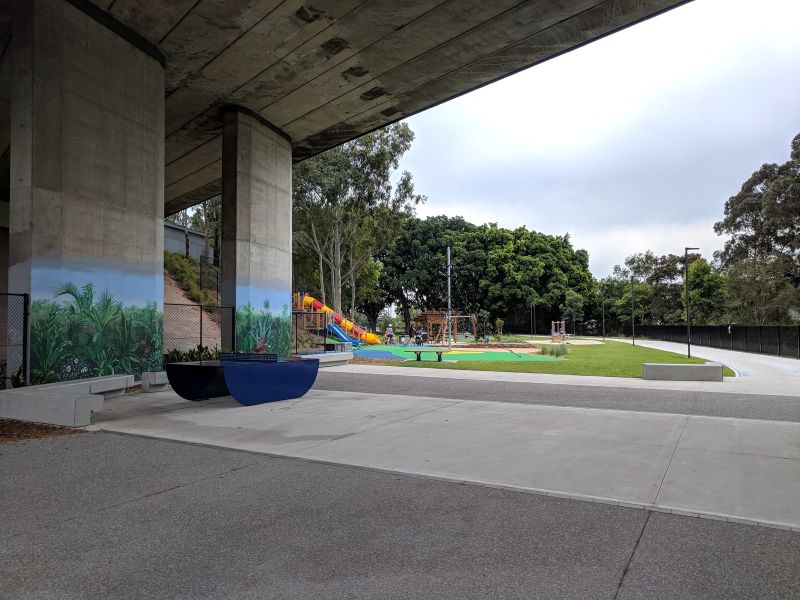 There isn’t any shade sails over the play equipment. But some of it gets some natural shade at certain times of the day. And there are spots to sit in the shade. I imagine it will be hot here in summer so best visited outside of hot, sunny days.

Be WARNED your GPS may want to take you along the M4 and then tell say you’ve arrived when you are on the M4…. like ours did! Definitely don’t recommend putting Ismay Reserve into the GPS, rather put in Ismay Avenue Homebush and enter that from Pomeroy Road. You will see the Ismay Reserve at the intersection of Ismay Ave and Allen Street. You need to walk in, past the sports area and toilets, to near the M4, to find the playground. You can also enter from near the bend in Powell Street. And the reserve does also go out to Parramatta Road. 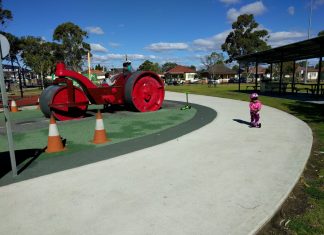