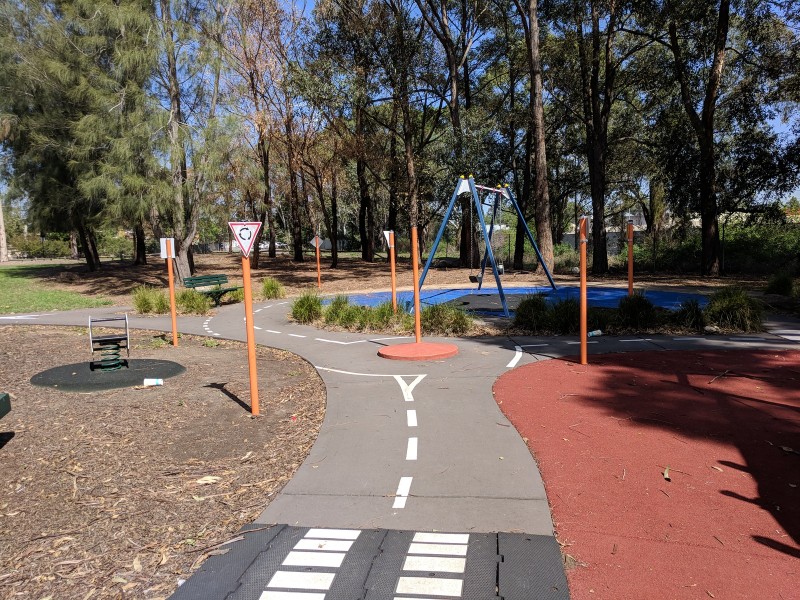 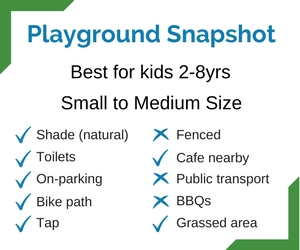 Well we found McCoy Park by accident, thanks to Active Parramatta sharing some of their favourite local parks for Parks Week. It is a great little known, hidden gem. So much so that even though the bike track was added in 2012, it still looks rather new!

The main drawcard for McCoy Park is the dinky track – a purpose built scooter/ bike track with road markings and signs – that goes around the play equipment.

McCoy Park is park of green space along Toongabbie Creek that connects up with Sue Savage Park and Reynolds Park (which are currently being upgraded). We were having too much fun at the playground to go exploring and didn’t notice the creek from the playground.

The playground at McCoy Park is set well back from the road and there is a low, log fence that forms a small barrier to the car park and entrances nearby. 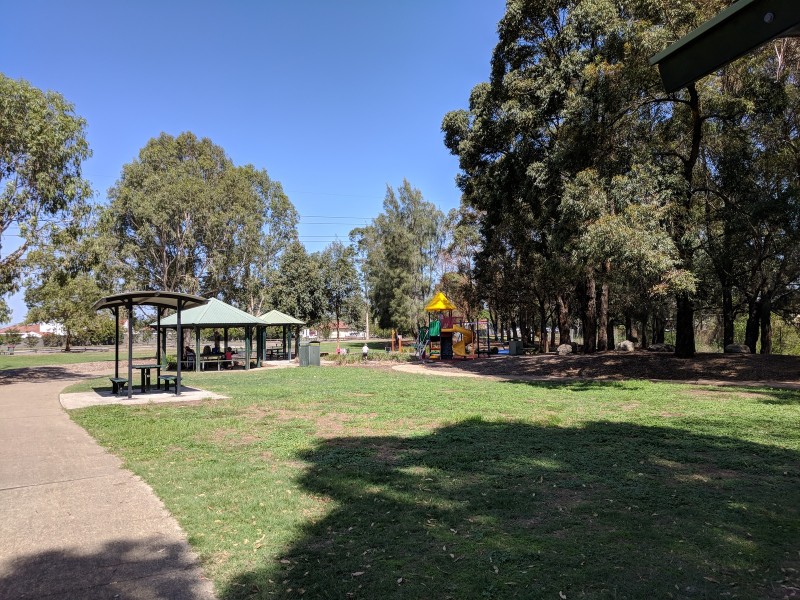 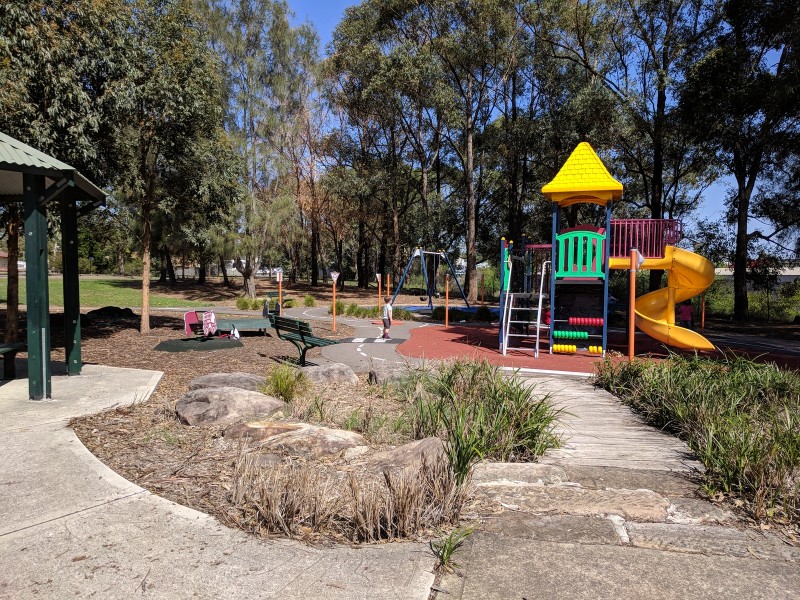 We visited on a sunny, warm autumn day morning and about half the playground had natural shade. 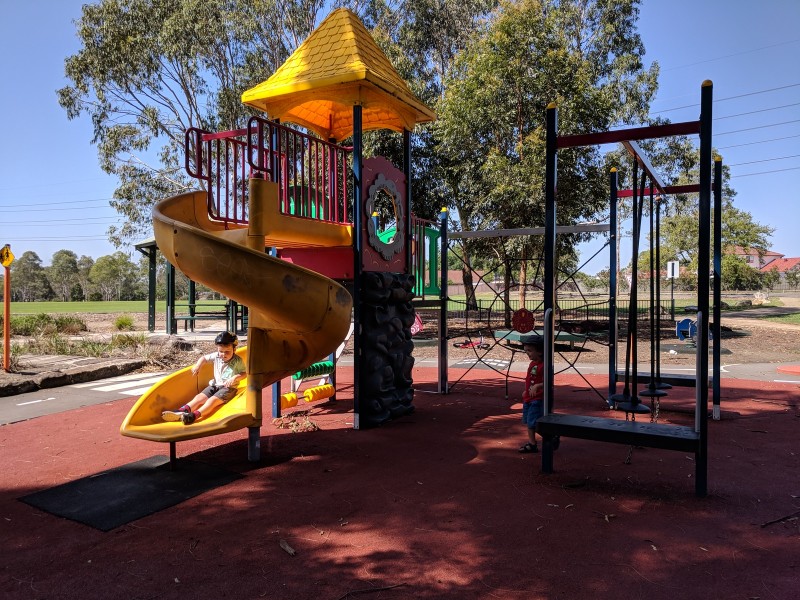 The ground of the playground is soft fall and the concrete scooter/ bike track goes around the outside of the play equipment. 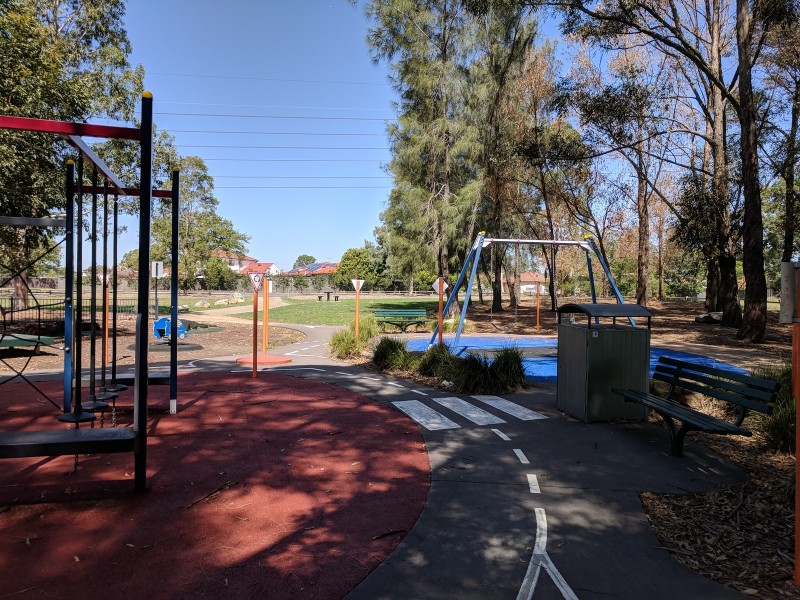 The scooter and bike track at McCoy Park comes with road markings, street signs, lights, round abouts and zebra crossings. It is actually made up of three connected tracks that meet at the roundabout. There’s one around the swings, another around the play tower and then a larger loop around all the playground and picnic tables. 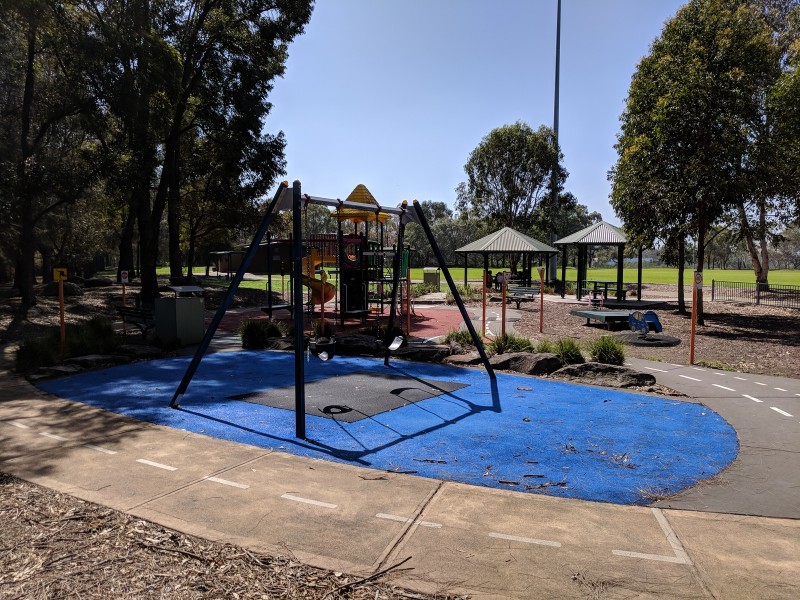 It isn’t the biggest track around, but a great size for preschoolers and young primary school kids learning to ride or enjoying their scooter and bikes.

There are some seats next to the scooter track as well as two picnic shelters nearby. And then there are two other covered picnic tables and seats overlooking the sports field, in between the playground and toilets. 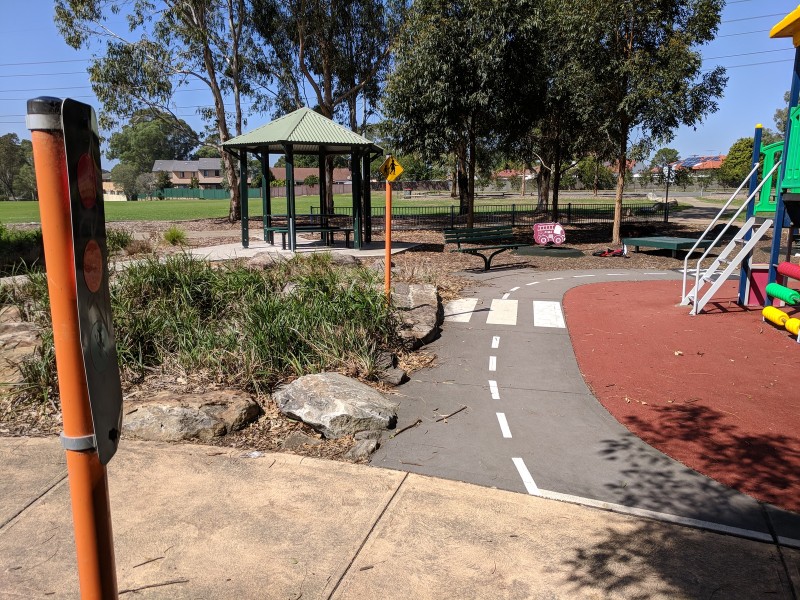 The playground is located on the westerly side of McCoy Park, at the end. And there is a large sports field next to it. Not sure what sport is played here but we did spot what looked like a cricket pitch. On the other side of the sports field is a dog-off leash area. 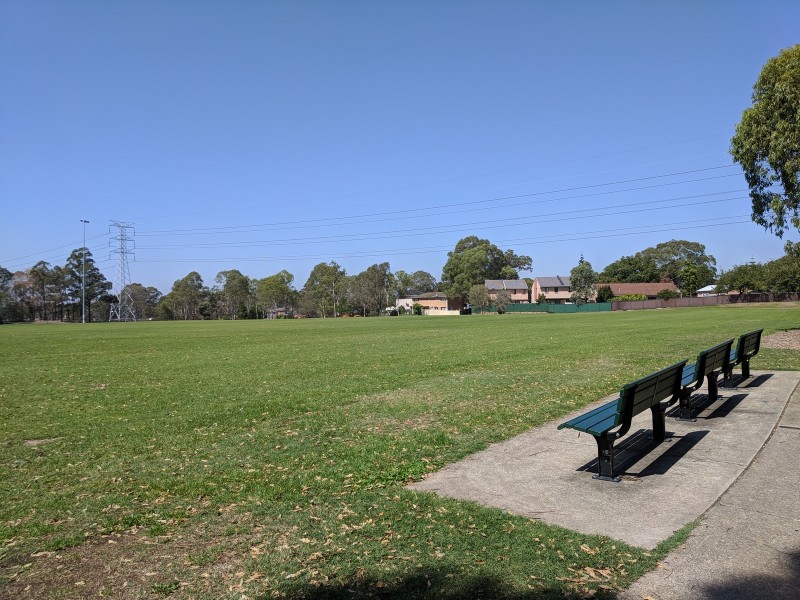 We were excited to find a toilet block but unfortunately it looks like they are only unlocked when there is a sports game, which is a real shame. McCoy Park would be great for birthday parties if the toilets opened automatically during day light like most other toilets at local parks.

Now we went on a week day and found the gate to the on-site parking locked. Guessing they are only open on the weekends when there is a sports game on, which is a real shame. But not to worry, you can access the playground easily from the end of Edna Ave. There you will find street parking and a break in the low log fence. Or you can also park at the end of Mimosa Ave and walk across the dog-off leash area.

10 Top Beaches for Little Ones | Nearby to Parramatta 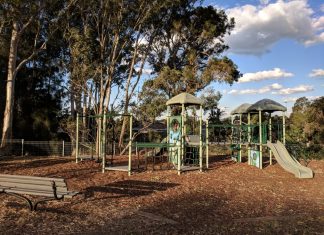