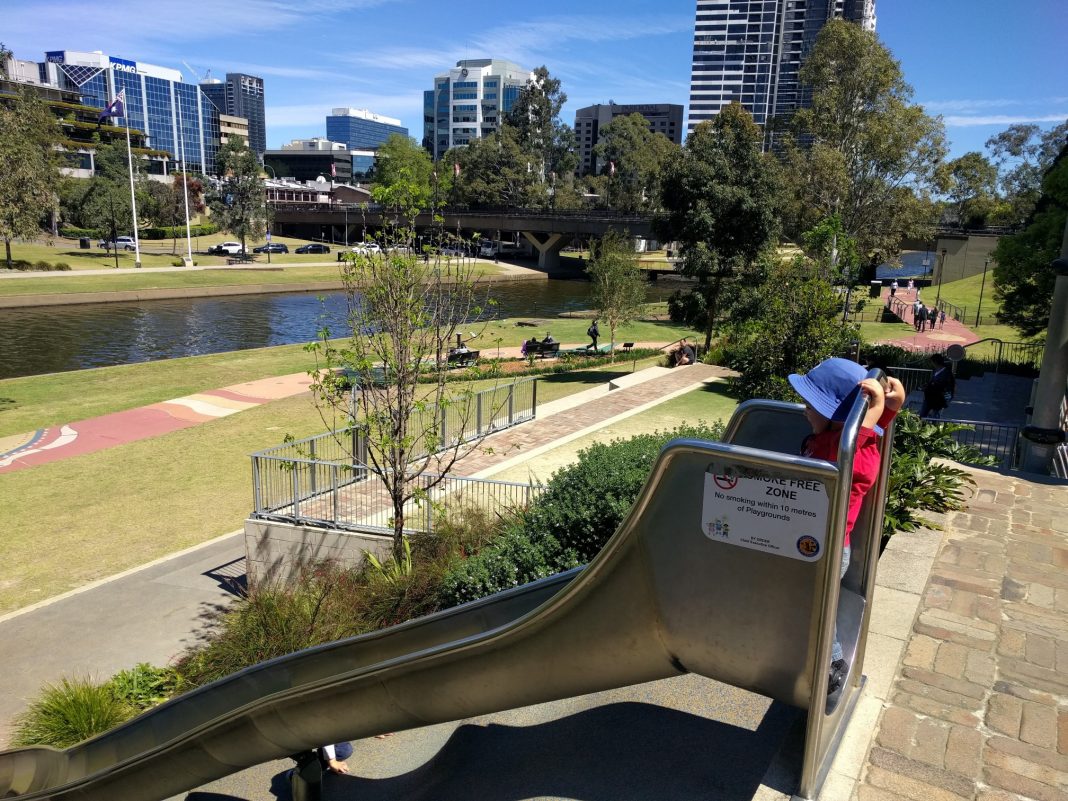 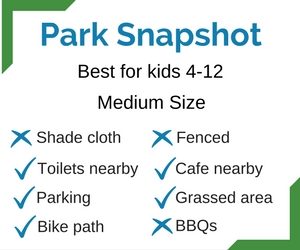 There are many picturesque public places along Parramatta River. So it is fitting that near the start of the river there is the Parramatta River Foreshore Reserve. Here you can literally take a walk through the history of Parramatta, via the pavement art, and enjoy the beauty of the river. It is a tranquil spot to sit, there is the Barry Wilde Bridge water fountain (one of only three in the world) and public art to enjoy as well as an adventure playground for kids.

I had held off taking my Mr 3.5 and Mr 2 to the playground at Parramatta River Foreshore Reserve. Being along the foreshore, I was concerned that the glistening water may be too enticing. And then I had heard it was an adventurous playground better suited to primary school kids. 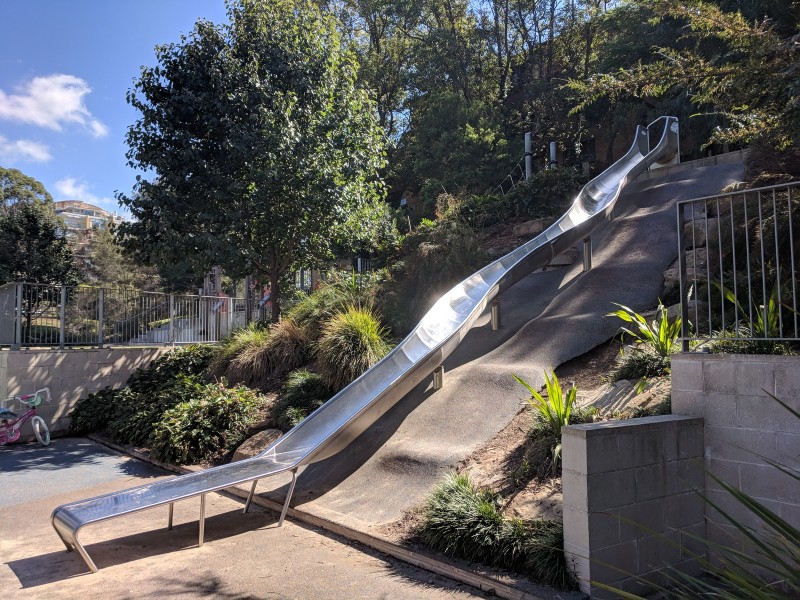 But we recently travelled to the Riverside Theatre by ferry and couldn’t help but stop to check out the playground as we passed by. Our timing was perfect – my boys are obviously now past the interest in running off stage and were able to play happily in the playground for a long time. They LOVED it!

The playground is built down a steep embankment and stops about 15m before the river. 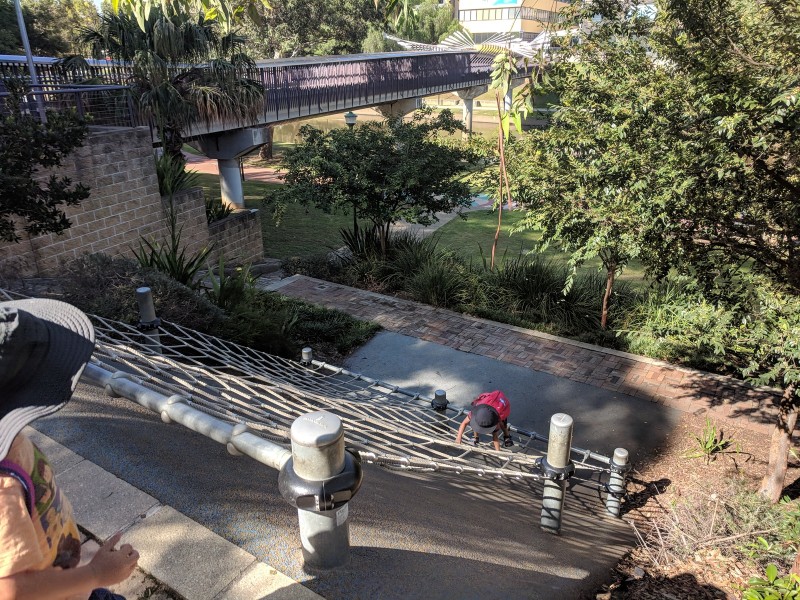 The centrepiece is the long windy slide and the view from the top is great. It was great fun going down and climbing back up again – and yes I had a go to. Just watch kids coming off the end as they can fly off. I imagine it would get really hot though in summer. 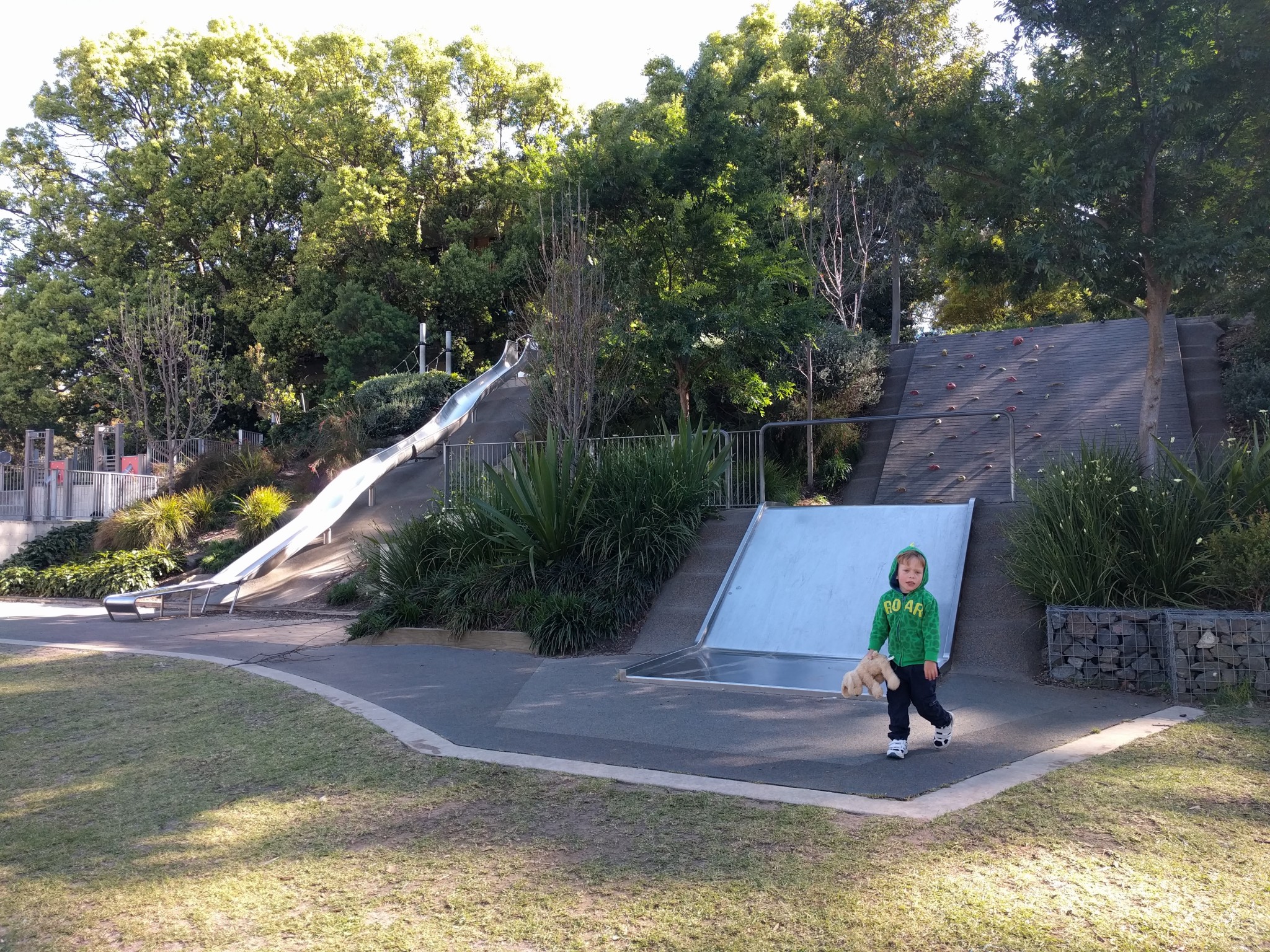 The other key feature is the sandpit, with inbuilt pulleys and scoopers. There is a water play area right next to the sand pit, which was finally working last time we went. 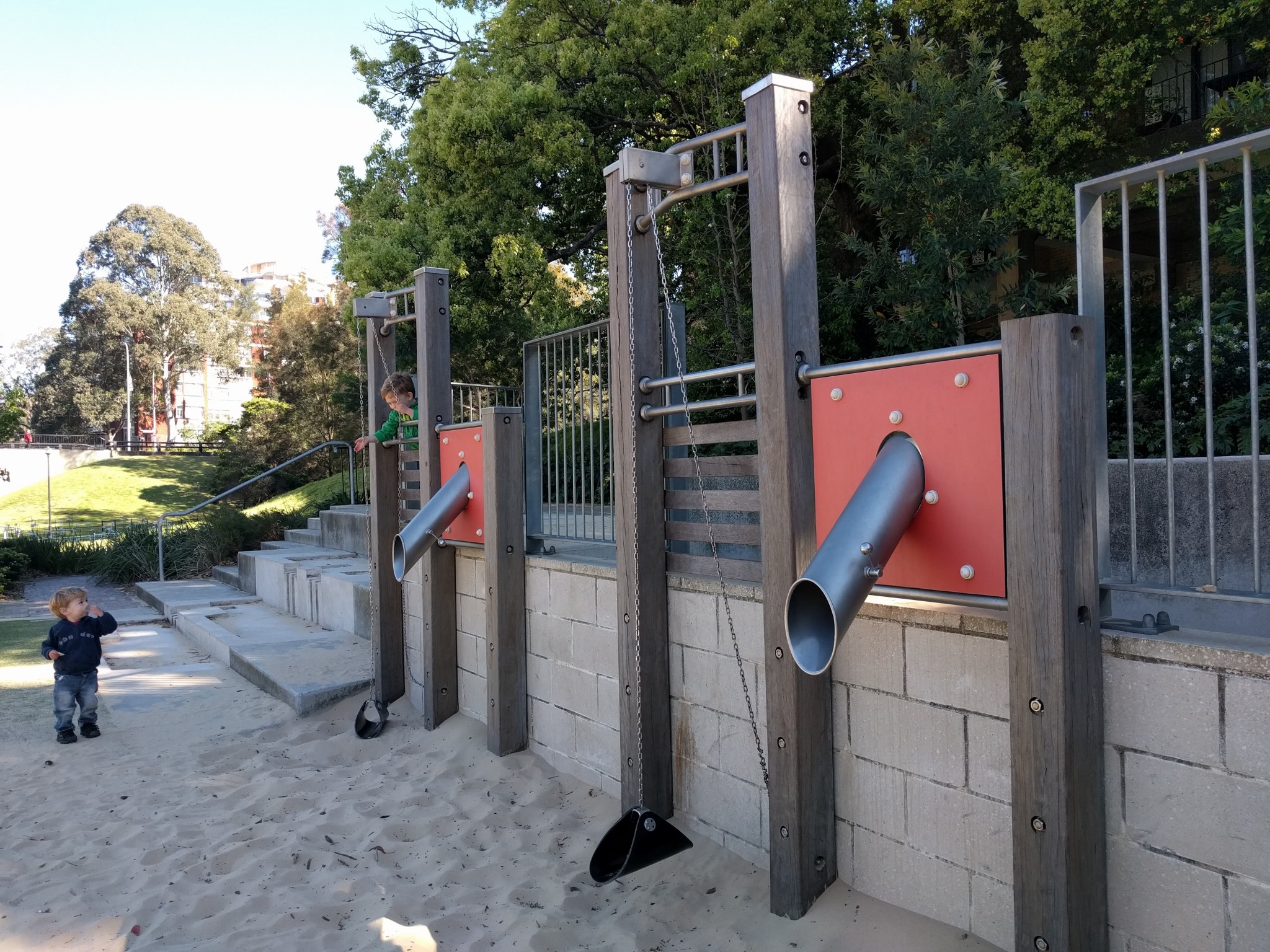 Within the playground, there is also a:

There are seats at the bottom and top of the playground. There is lots of natural shade in the morning but I imagine it would be rather exposed in summer from midday. Along the foreshore walk, there are a number of bubblers. Toilets are also available at either end of the Reserve – at the Parramatta Ferry Wharf and the Visitor Information Centre.

The Parramatta River Foreshore Reserve is on the north side of Parramatta River. It starts opposite the Parramatta Wharf and goes all the up to Riverside Theatre and the Visitor Information Centre. If coming by car, then best to enter by Elizabeth Street. 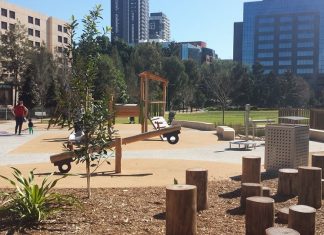