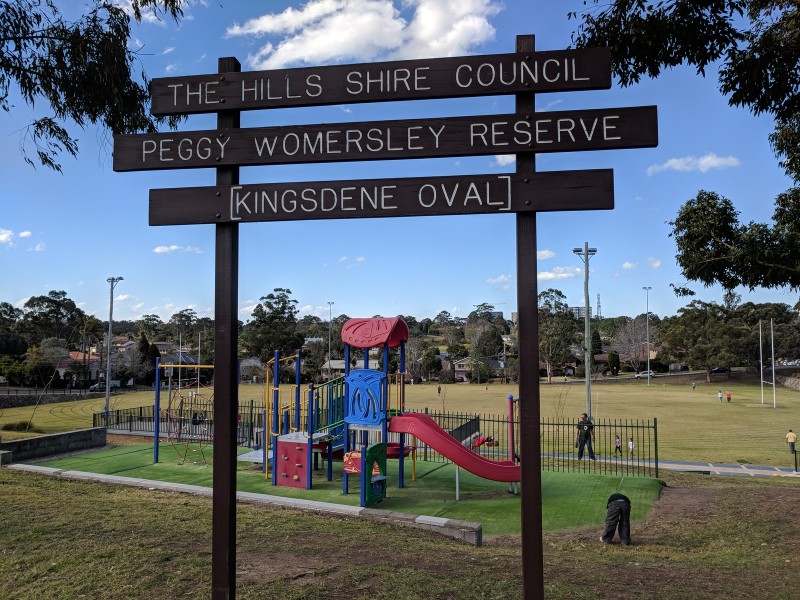 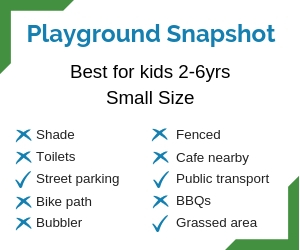 Peggy Womersley Reserve, or Kingsdene Oval as it’s also known, used to be in the Hills Shire Council area. And the old sign is still up, even though City of Parramatta Council now manages this park. Within Peggy Womersley Reserve, there is a sports field, two long jump pits, amenities block (only open when sports games are on) and a playground.

The playground sits high, near Arcadian Circuit, overlooking the sports field. There are two sections or levels in the playground with a small fence in between due to the slope. 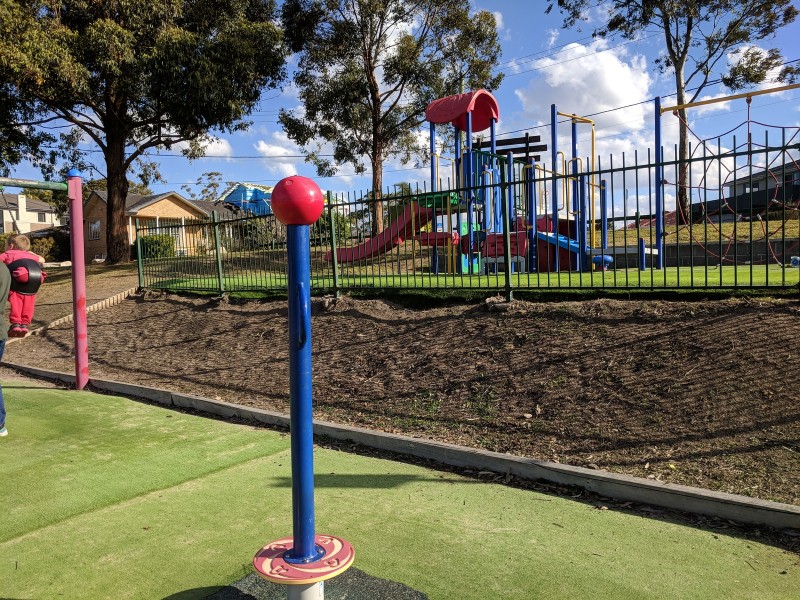 The playground has synthetic grass and unfortunately there is no shade over the playground. The play equipment consists of:

Between the playground and the sports field, is a viewing platform (on top of the amenities block) and two long jump pits.

My boys enjoyed attempting the long jump and playing in the pits which double as great large sand pits.

The playground is most directly accessed from Arcadian Circuit. But parking is best on Sandringham Drive or at the back of the sports oval on Barons Avenue. Buses run along Pennant Hills Road, which is a short walk away down Westminister Avenue.

Make Your Own Baba Ganoush 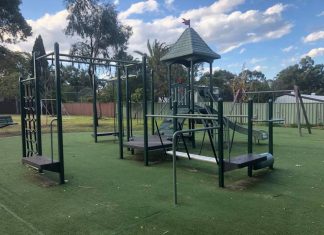