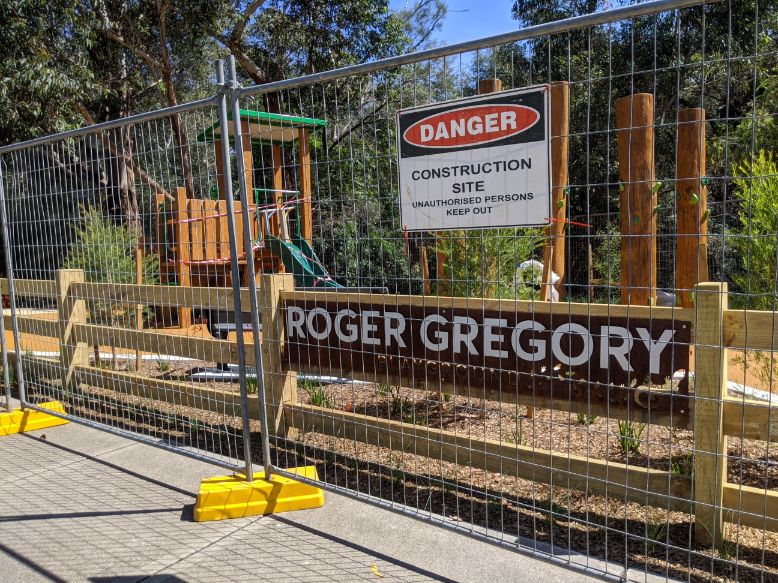 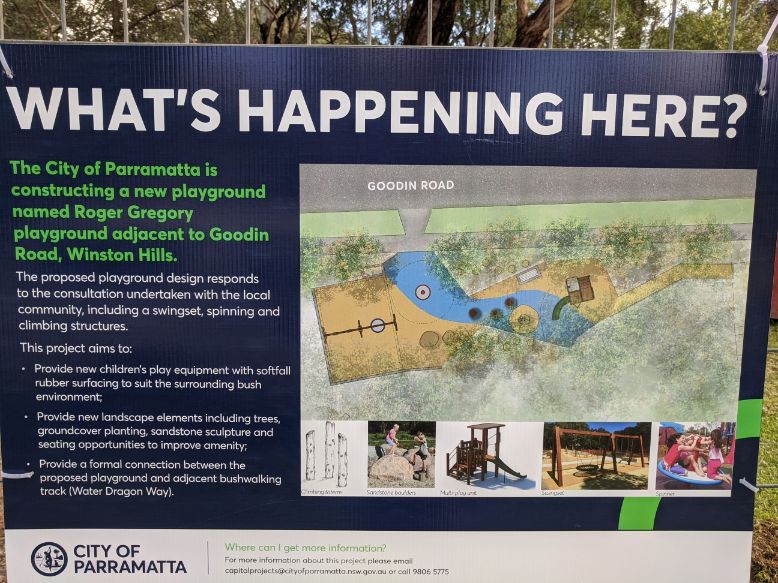 It’s in a bush reserve at the end/ start of the Water Dragon Way bush track, along the Northmead Gully.

Construction started in August and the playground should open in November. Here are some progress photos from October.

The new playground is along Goodin Road in Winston Hills. 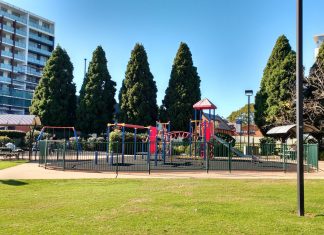