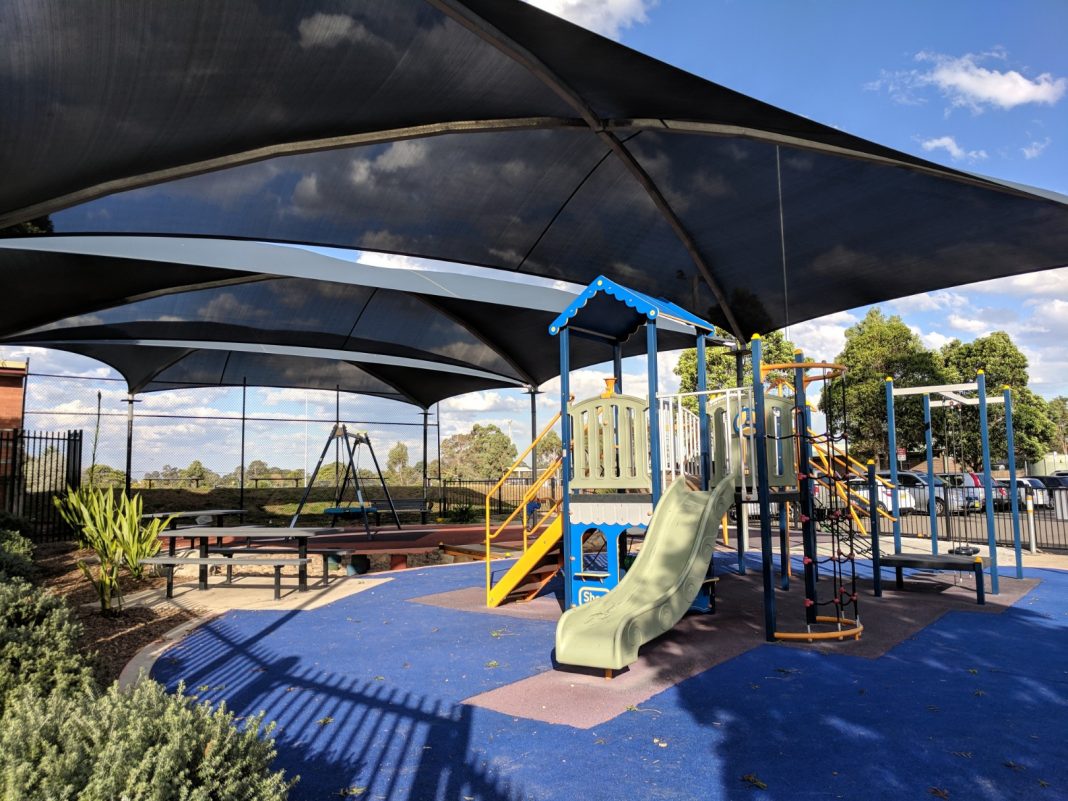 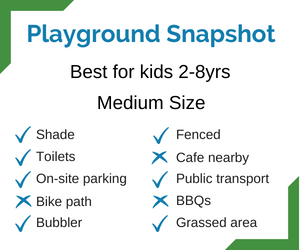 Binalong Park is a popular sporting venue. And would be one of, if not the, largest sporting parks on the western side of the City of Parramatta. It takes its name from the Aboriginal word meaning `toward the sky place or high world`.

The drawcard for a lot of families though is the fenced and shaded playground – a rather rare combination in the City of Parramatta. 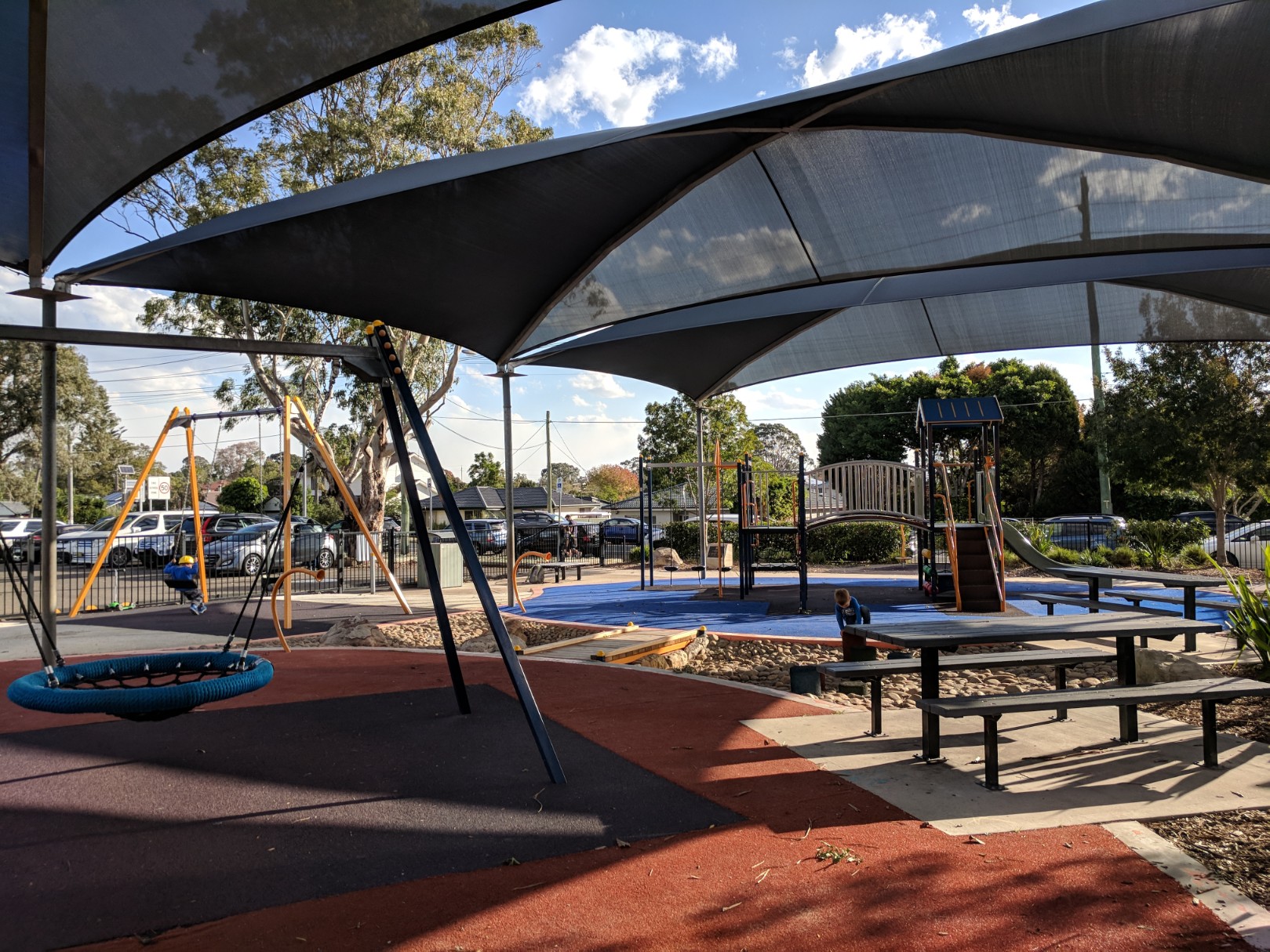 The playground at Binalong Park may be four years old now but it still feels pretty new. The kids from Toongabbie Public School next door were involved in designing the playground and you can see some of their input on the shared fenced. 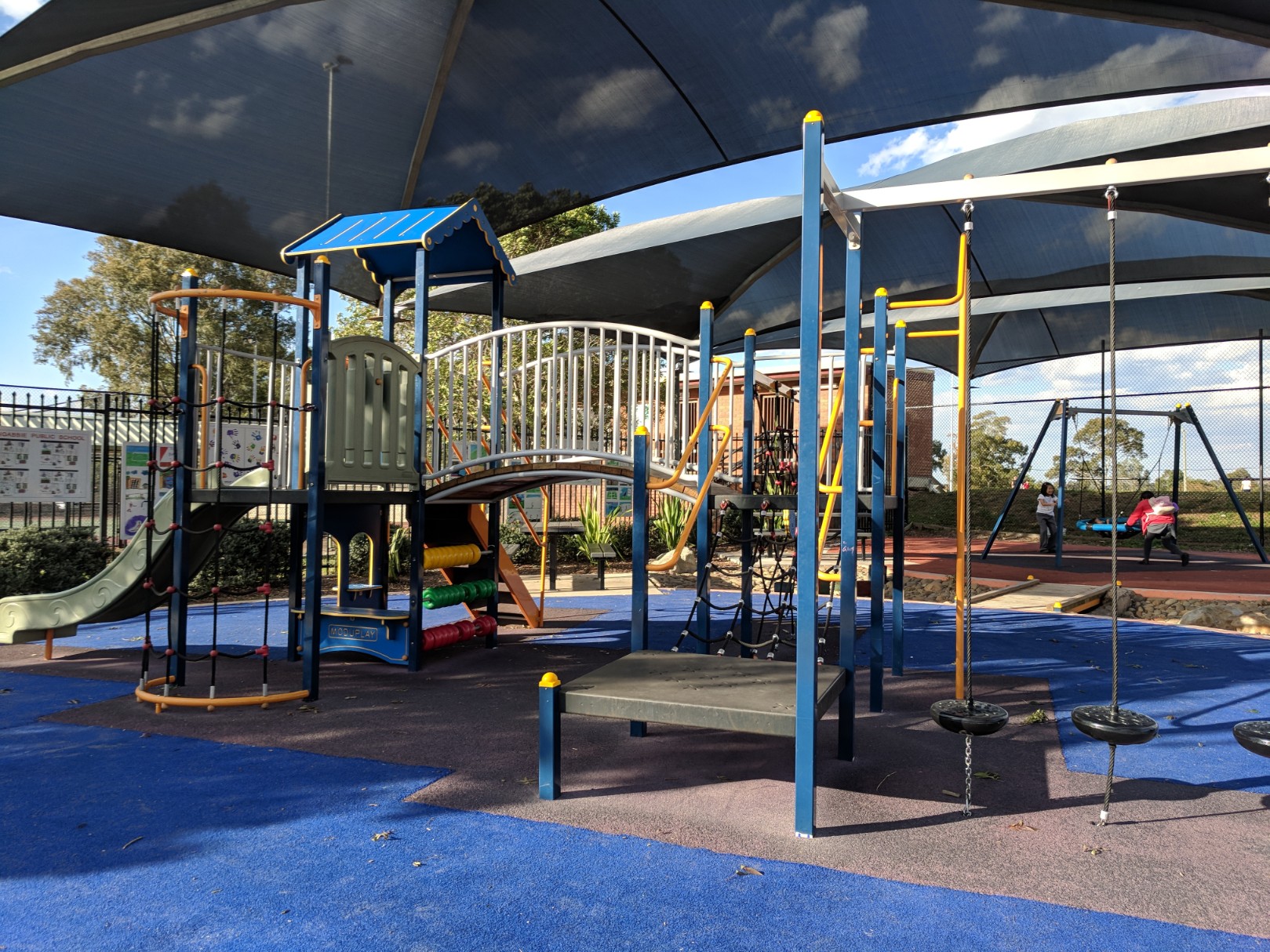 The ground is mostly softfall and there is also a dry creek bed, which offers a little bit of nature based play. 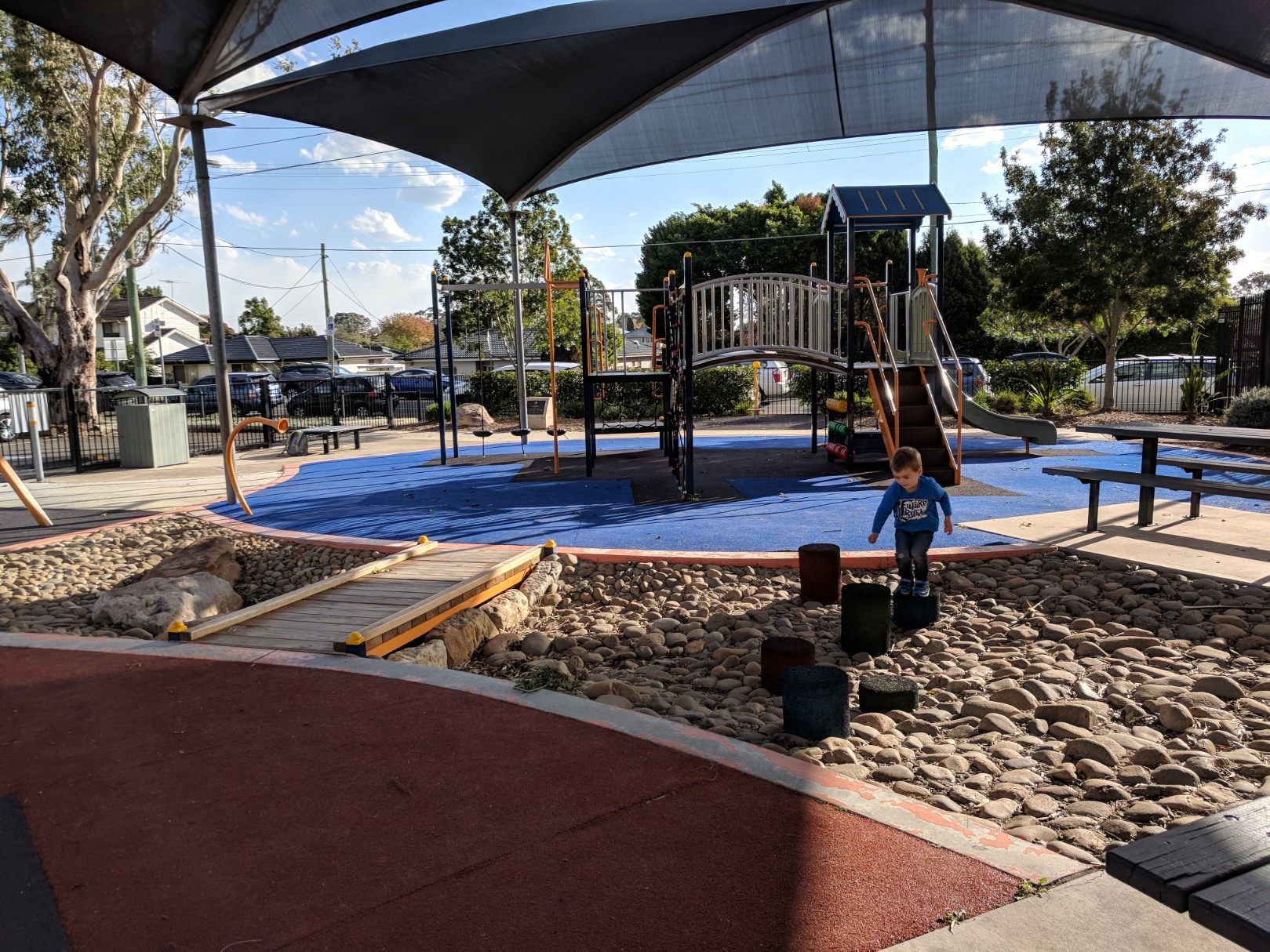 There are three shade sails over most of the play equipment, with the swings and a spinner not underneath. 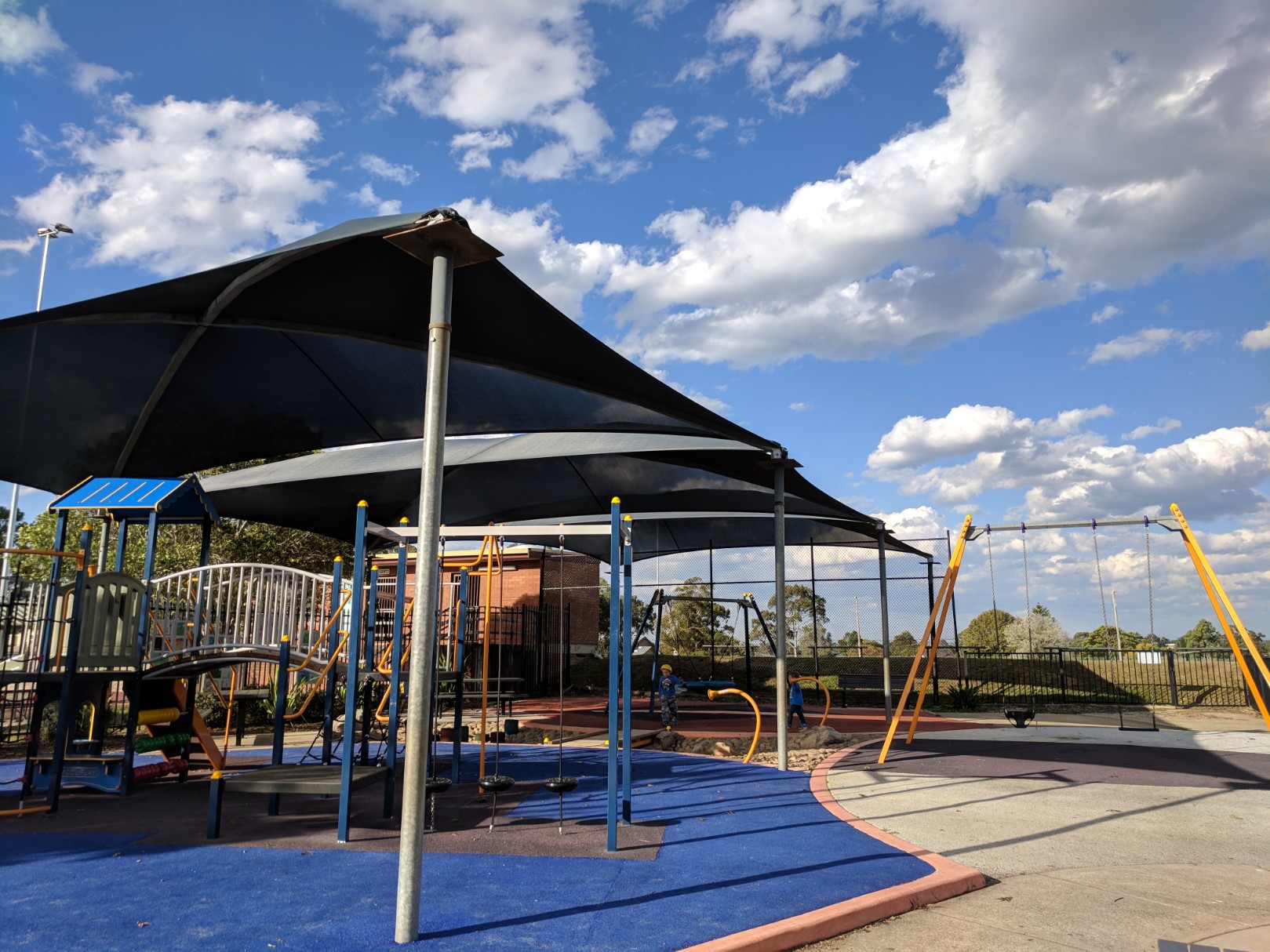 Within the fenced playground, there is also two picnic tables and some more seating. The main entrance is from the carpark, so you need to be extra careful when leaving. And there is also an entrance from Toongabbie Public School.

Binalong Park has four sporting fields, used mainly for soccer and cricket. Within the park, there are also tennis courts that can be hired as well as netball courts, cricket nets and a new basketball court. And in between the playground and the sports fields, is an amenities block with toilets.

Binalong Park is at 139 Binalong Road, next to Toongabbie Public School. And not far from Old Windsor Road and the shops along Fitzwilliam Road. There is on-site parking, but keep in mind that it gets rather busy at school drop-off and pick-up time. You can also get bus 711 to a stop a short walk from the park.

What’s On In March for Families | Parramatta Region 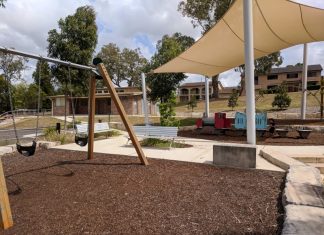