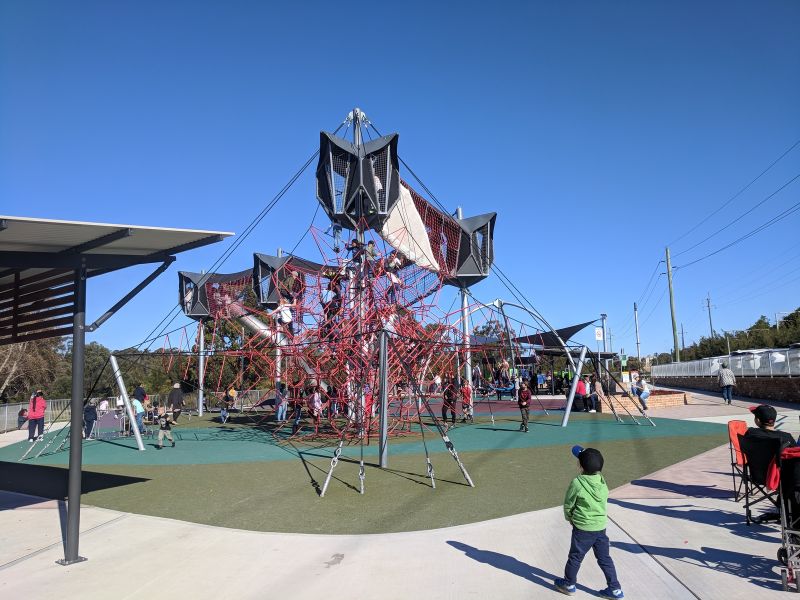 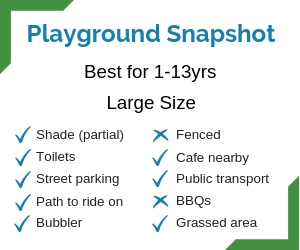 Casula Parklands is located along Powerhouse Road, just before you reach Casula Powerhouse Arts Centre. We love that it’s a NEW adventure playground and the only one in the Liverpool City Council area! Plus, there’s a small playground for younger kids, climbing equipment and a BIG slide for older kids, a ninja exercise course for teenagers and adults, walking track, off-leash dog park, toilets, bubblers, and picnic facilities. 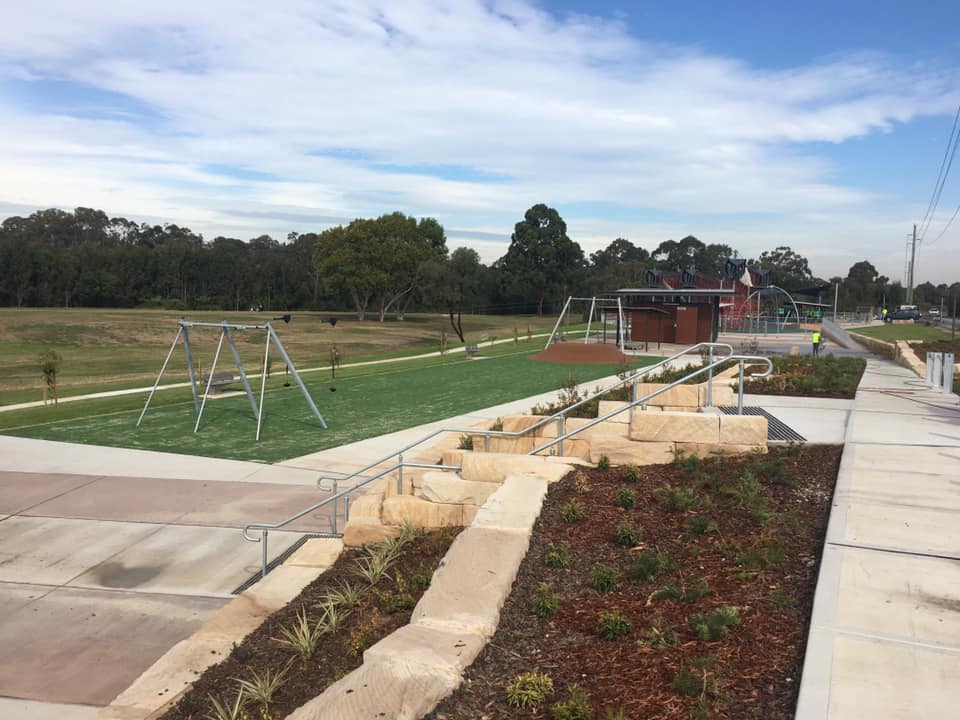 Casula Parklands is a new large playground that cost $4 million to build! It’s a regional sized playground, which means that there are lots of things to enjoy! But we warned, it’s VERY popular and usually packed on the weekend. 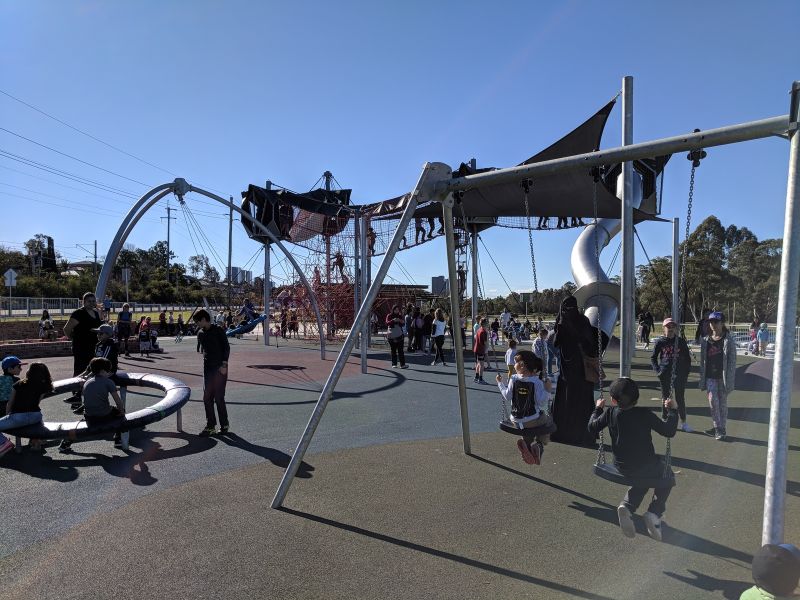 There are five main areas at Casula Parklands (listed below in the order that you drive past them):

We love seeing such a mix of equipment. Particularly some fun things for older kids. 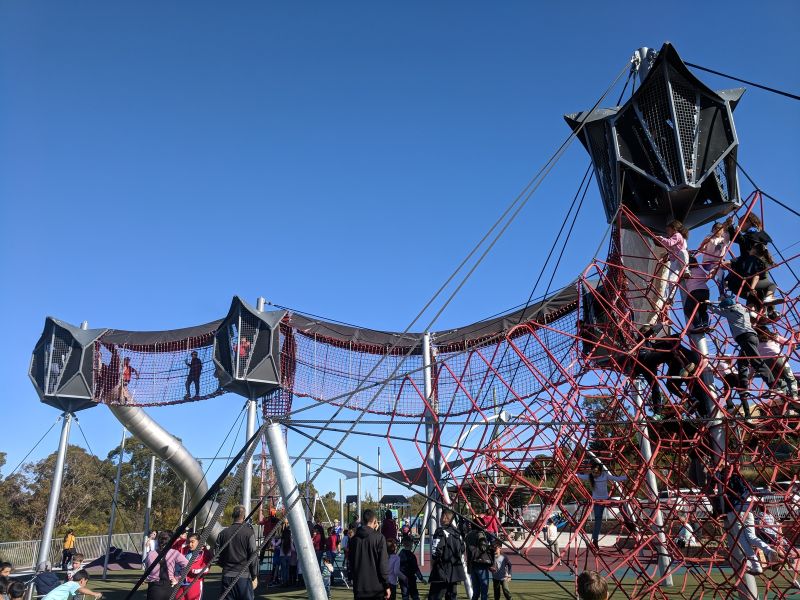 We bet that kids and adults will love to have a go on the ninja style exercise equipment too.

There are some shade sails and some trees, but other parts of the play equipment are in the full sun. So best visited outside of hot days. 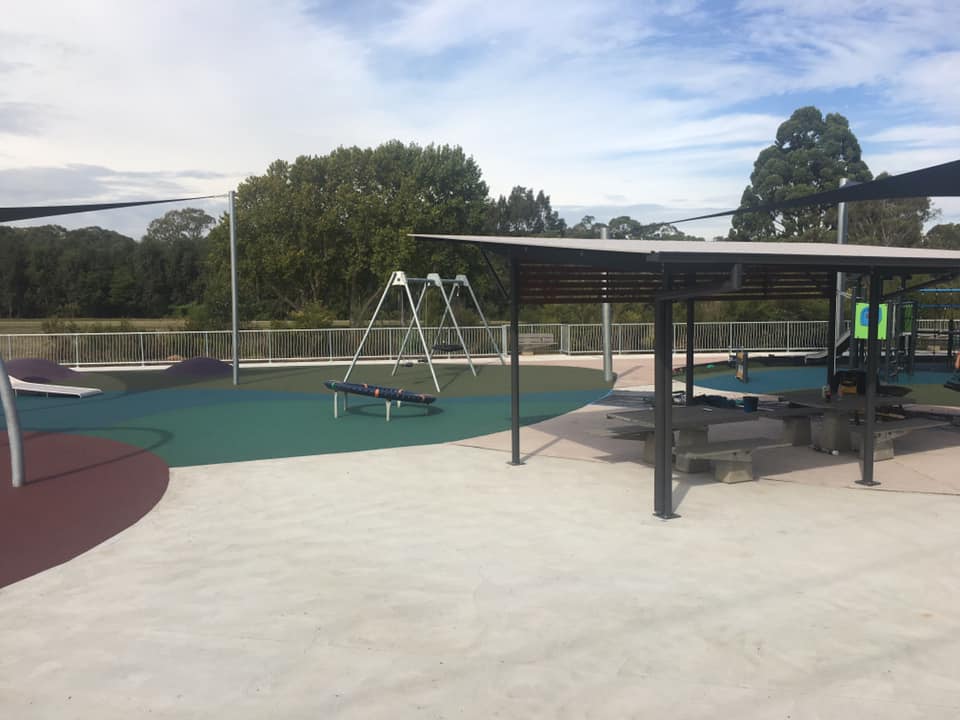 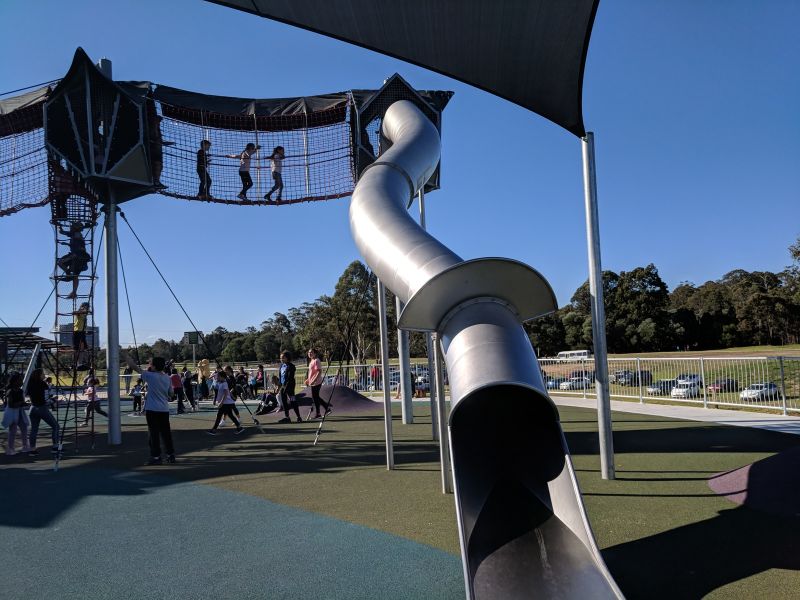 Casula Parklands is also opposite the train line, so train-watching kids will like that.

You will find the large toilet block between the climbing tower and the double flying fox. 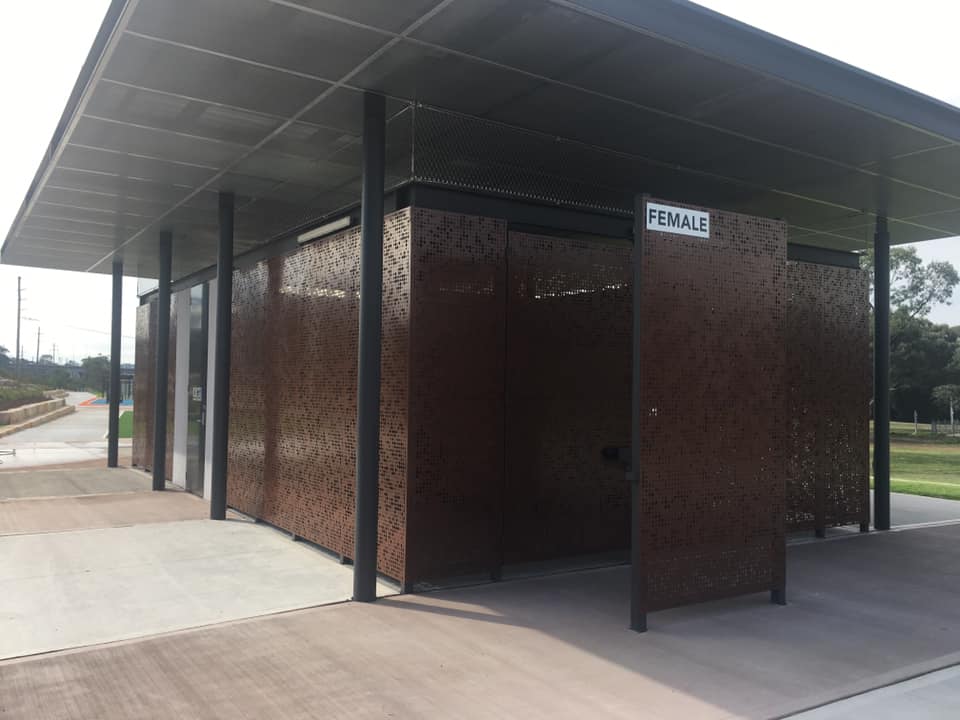 There’s lots of seating along sandstone blocks, and also some metal seats around the park. 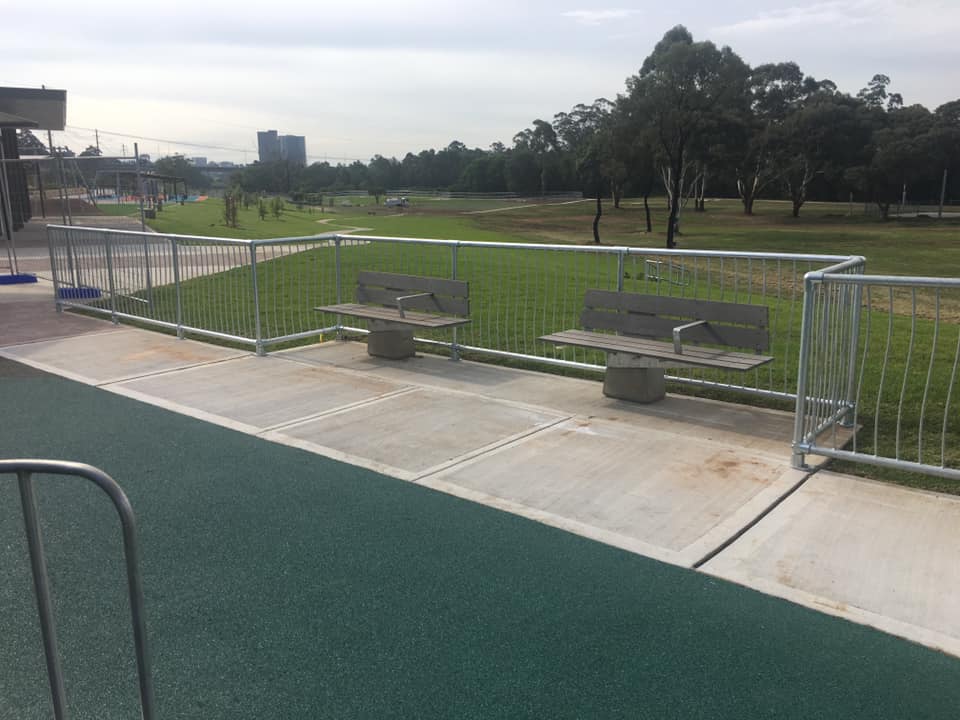 Also, you will find a number of picnic tables scattered through the park, often with shade. 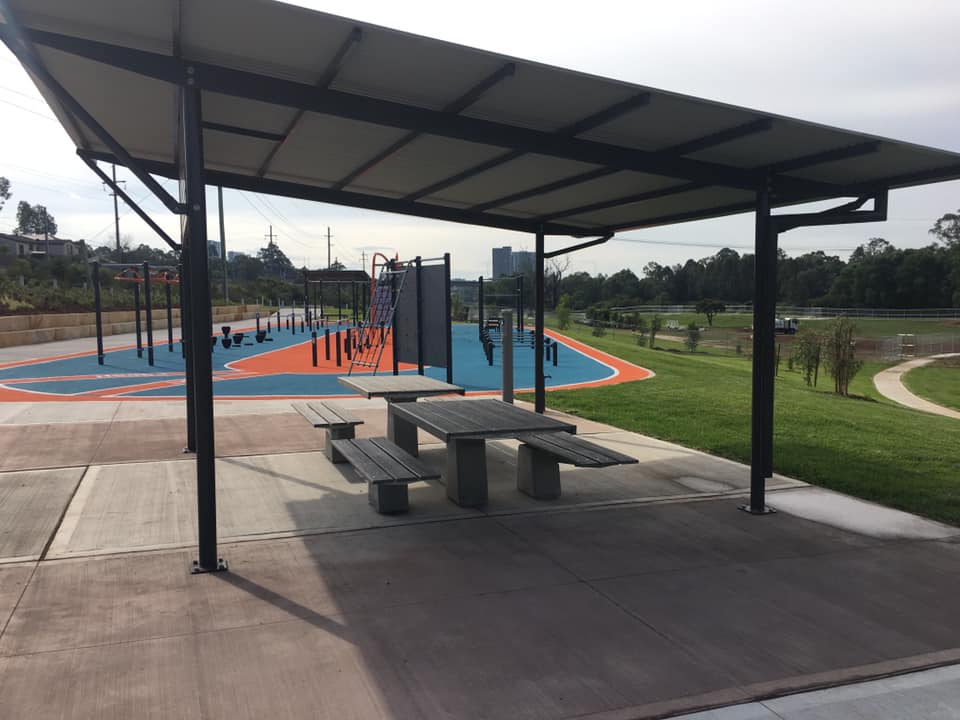 There are some long paths in the park and near the road that you could use for a scooter/bike path, but it’s not set up as a dinky track. 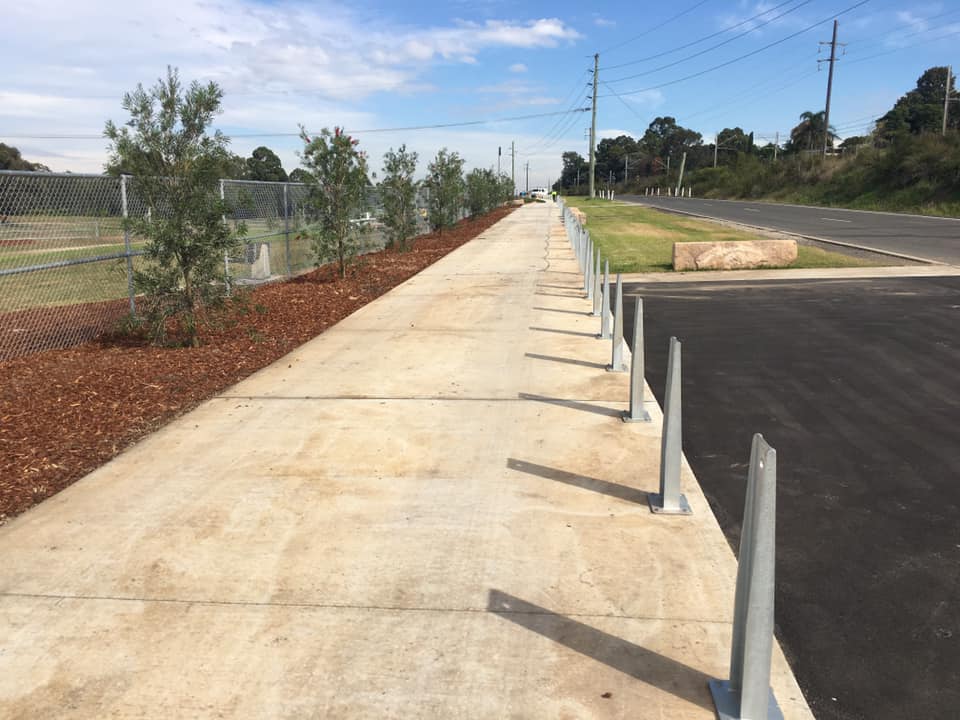 There’s quite a few bubblers sprinkled around Casula Parkland, which will be great with all this energetic playing! 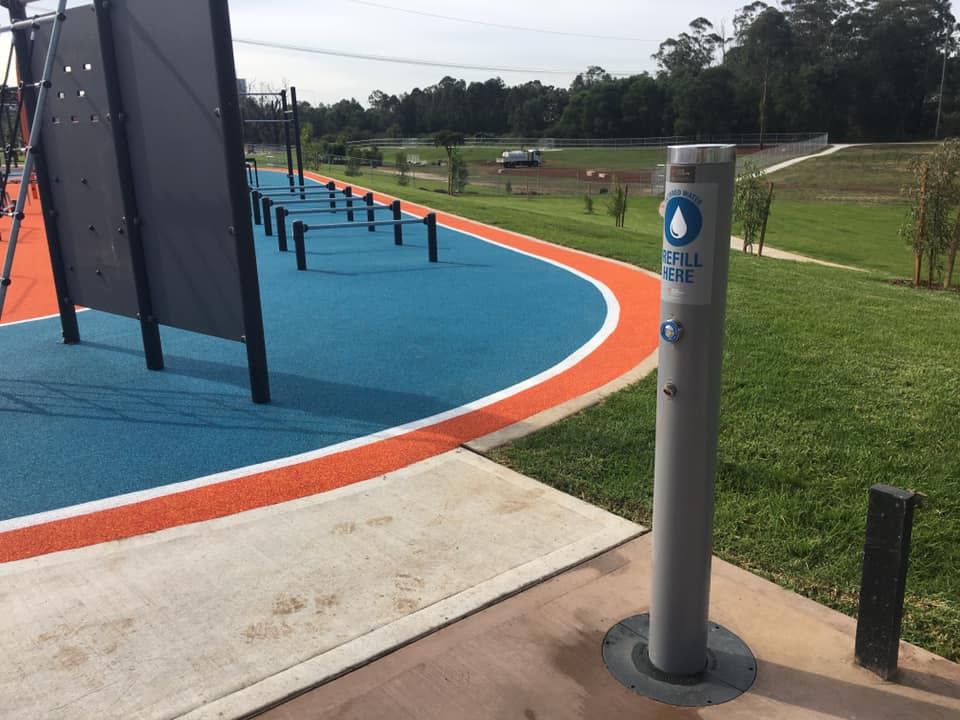 I felt that it was a little tricky to find Casula Parklands as it did not pop up on my Google Maps (but we’ve gotten it added now). It’s located on Powerhouse Road in Casula. I found it easiest to pop ‘Casula Powerhouse Arts Centre’ into Google Maps and know that it was along the road a little bit before that.

At first I thought the entrance to Powerhouse Road was a driveway at the end of a cul-de-sac on Shepherd Street, but it actually led onto a long thin road all the way down to Casula train station.

If all three parking bays are full, then there is also some parking just before the Casula Powerhouse Arts Centre in a Casula Parklands field, as well as a paved car-park. Although there is a path heading back towards the playground area from these car parks, it looked like a pretty long walk from the Casula Powerhouse Arts Centre back to the playground. In the future, I would put the kid’s scooters in the car just in case we needed park this far away.

I have read that you can catch the train to Casula train station and it’s 900 metres to the playground. To test this out, I drove to it from the Parklands. Although Casula train station isn’t too far away from Casula Powerhouse Arts Centre, I just know that my little one would not be able to manage the walk from the train station all the way to the play equipment, have a play, and then be able to walk back again. Perhaps this would be more possible with older kids, or even kids with bikes. I have read that there is pram access available at this train station, but I did not get a chance to check during my visit. 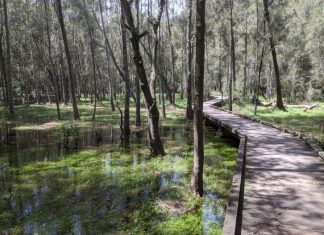