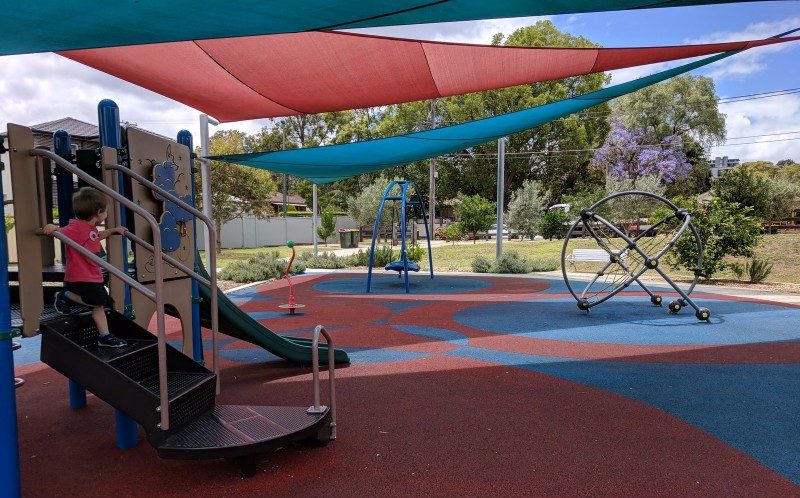 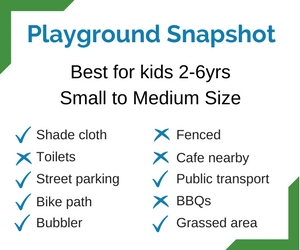 When we first started going to the West Ryde Wombats playgroup, we had to leave early to get home for naps. Now three and a bit years on, and no more naps, we have lots more time to explore the local area afterwards. I went looking for something new to do, reading through Ryde Council’s website (AGAIN) and came across a playground I hadn’t noticed before at Charity Creek Cascades. And wow, what a hidden gem!

While the playground is nice, and shaded, it is the lovely community orchard that really got me excited! Aside from being playground hunters and fruit picking enthusiasts, we are also keen gardeners. I believe I spotted fig, orange and olive trees as well as lots of rosemary near the playground. Further along the reserve, on the way to West Ryde train station, there are also macadamia and mulberry trees that have been recently planted. What a fantastic use of open space! And something I am hope we will start to see happening in the City of Parramatta as well…

City of Ryde Council seems to have a great love for bark grounds at playgrounds unfortunately. But thankfully there is only softfall here, under three shade cloths. This means that it is a nice spot for babies to crawl on and there are a few things to hold onto and pull themselves up. 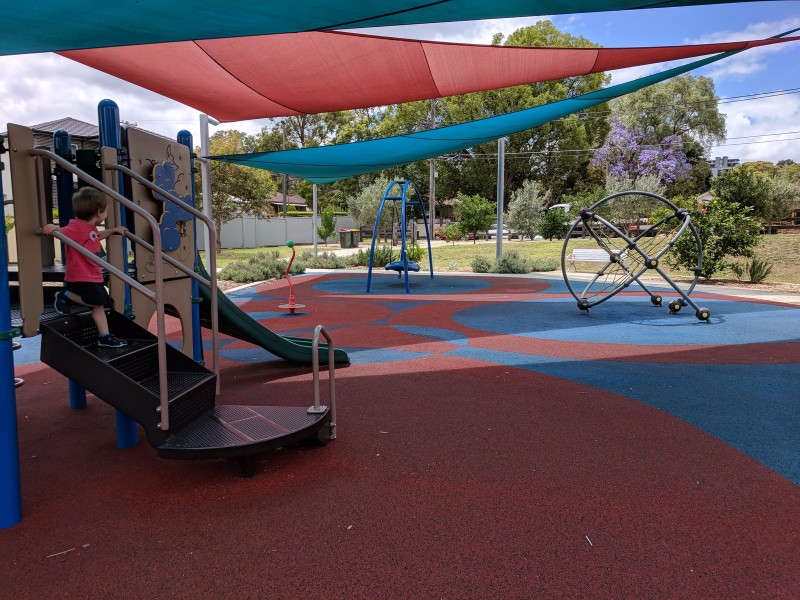 The playground is set back a bit from Shepherd Street and there is a wooden fence running along the street, but it isn’t gated. We first went on a warm spring day and appreciated the shade sails. But there was no breeze so being under the shade cloths had a bit of an oven effect, which we imagine would be worse in summer. 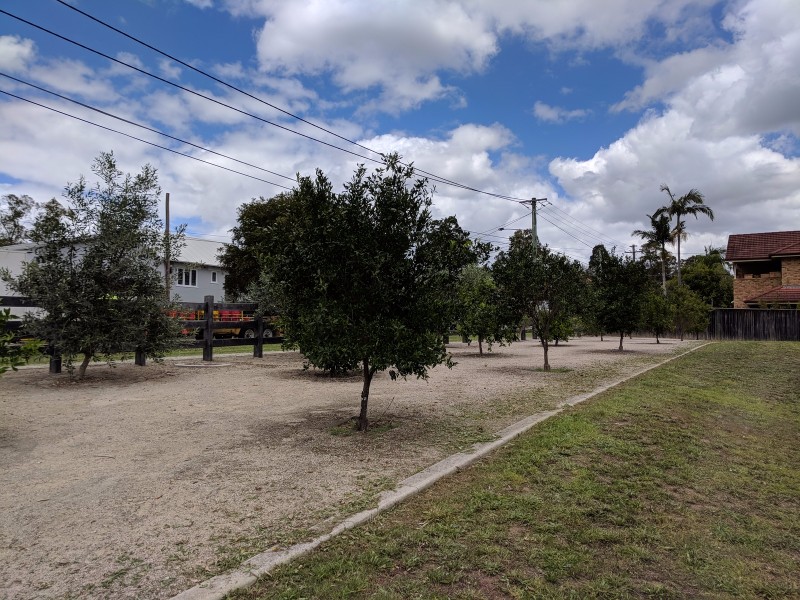 I love parks that have multiple uses and offer something to a range of people as well as are clever in using the open space available to maximum benefit. Plus, my boys and I love exploring outdoors – whether that is gardening, bushwalking or playing in nature. So I am still shaking my head that I had never considered fruit trees in parks before I went to Charity Creek Cascades! I am not sure how it came about but in chatting with the groundskeepers they said the fruit trees were no more effort to maintain – obviously an important thing for Council. And what a great way of connecting the local residents over picking an orange, fig or some olives!

From what I could tell, there are fig, citrus and olive trees as well as lots of rosemary around the playground. And if you walk along the path, you will come across a whole section of macadamia trees and then mulberry trees further along. My boys and I are looking forward to heading back when they are in season.

The other main feature of Charity Creek Cascades is the flat path going from one end to the other, which is great for kids to ride their scooter or bikes on. 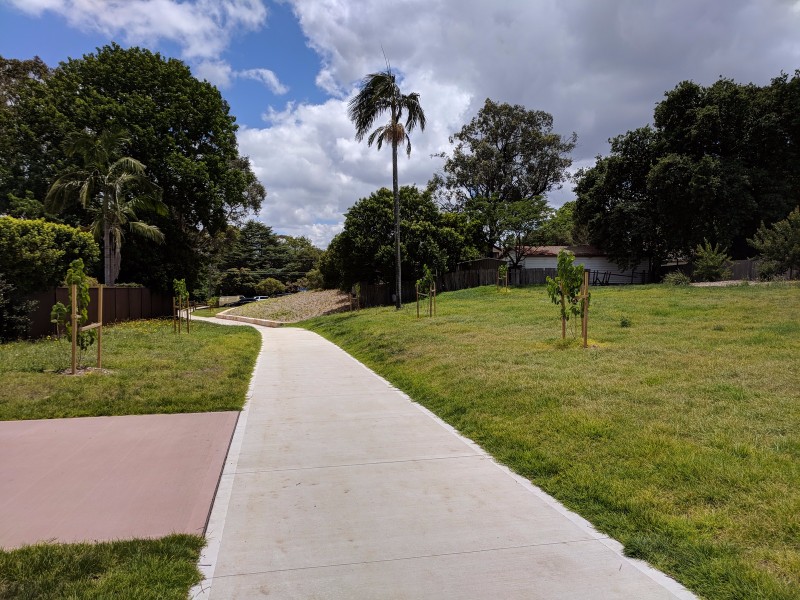 There are a few seats, near the playground, but they aren’t under the shade cloth. And there is a fair bit of open grassed area to play on as well as a bubbler. But unfortunately there are no toilets. 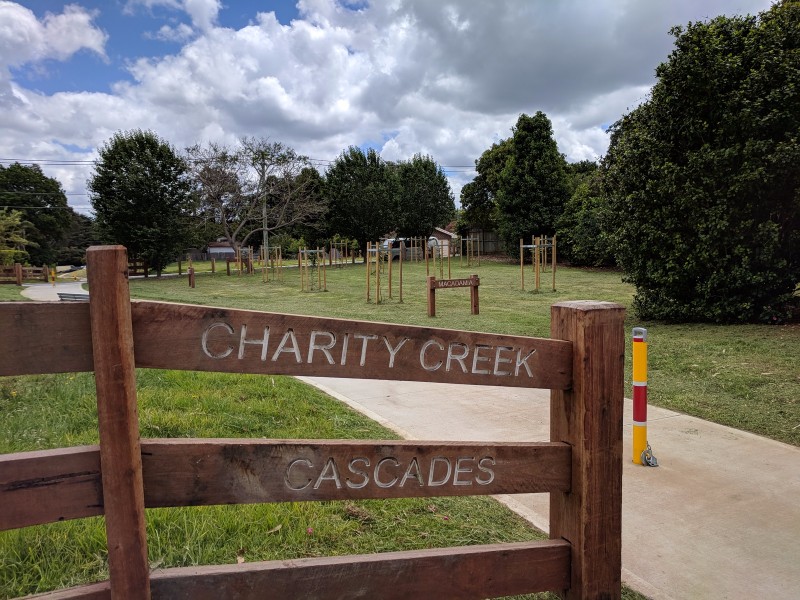 Charity Creek Cascades is a narrow corridor of parkland that runs from Shepherd St to Linton Lane, with three roads intersecting it. The playground is most directly accessed from Shepherd Street and there is street parking. The 520 and 513 buses run along Bowden Street which intersects the park and is a short walk to the playground.

Cinema in the Park – How to Train Your Dragon |...

Guide to the Summer School Holidays with Little Ones 2017 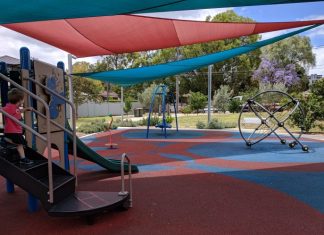