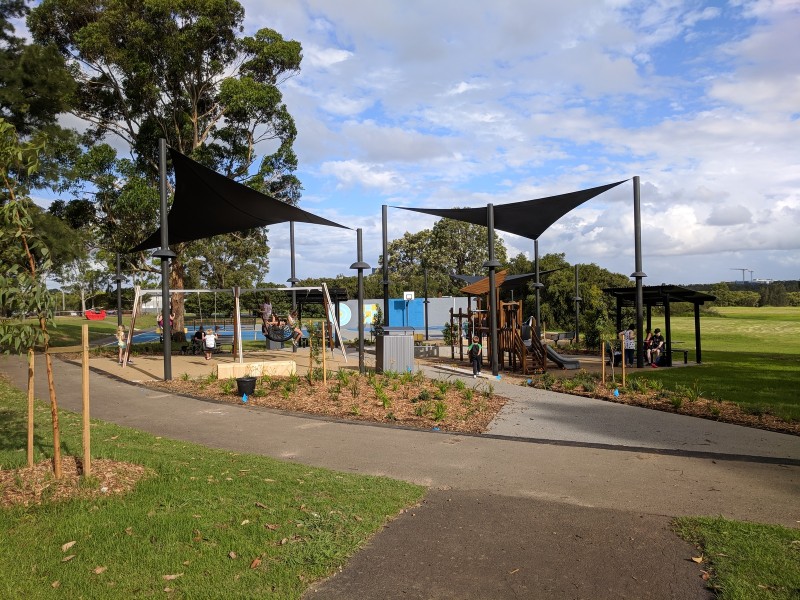 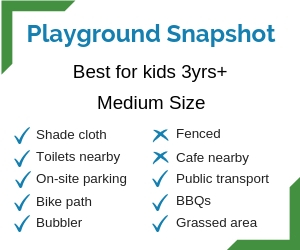 George Kendall Riverside Park is a very large reserve along Parramatta River in Ermington, with views across to Sydney Olympic Park. It’s hard to miss the park when looking at Google Maps for the area.

There are LOTS of wide open spaces to run around, a new playground and new sports courts to enjoy. As well as paths to ride or walk on, and it’s great for plane spotting on a clear day or flying a kite.

Upgrading both the playground and the tennis courts at George Kendall Park were popular ideas during the Imagine Ermington project. And Council announced funding in 2017 to build a new district-sized playground, including transforming the existing tennis courts into new multi-use sports courts.

We were very excited when the new multi-purpose outdoor courts opened in August 2018. The bright blue courts look fantastic set against the green open space. And are great for young and older kids.

You can play basketball, tennis, handball and many other ball games here. And no bookings are required. But please be considerate of other people waiting to use the courts. 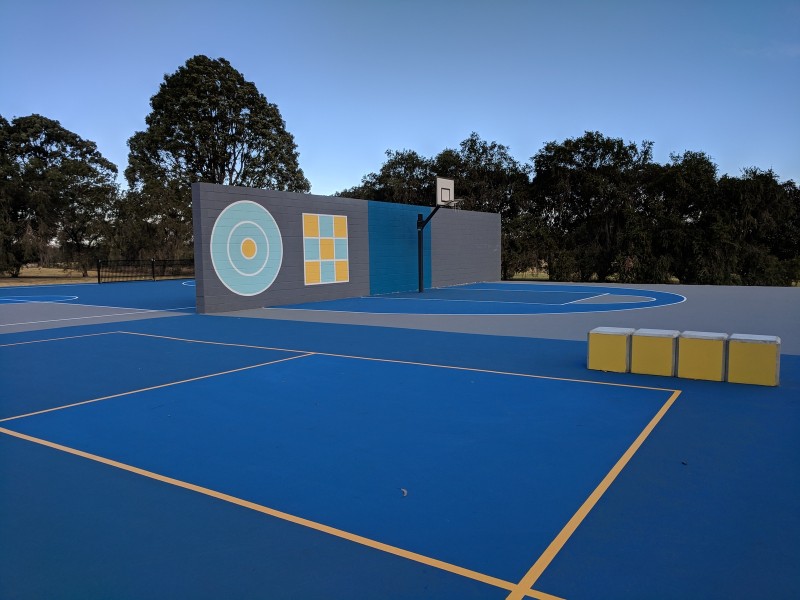 There is now only one playground in George Kendall Riverside Park. Its next to the new multi-purpose courts, to the west. It just opened late December 2018 and has shade sails! The play equipment is best suited to preschoolers and young primary school kids and is a nice compliment to the multi-use sports courts next door. 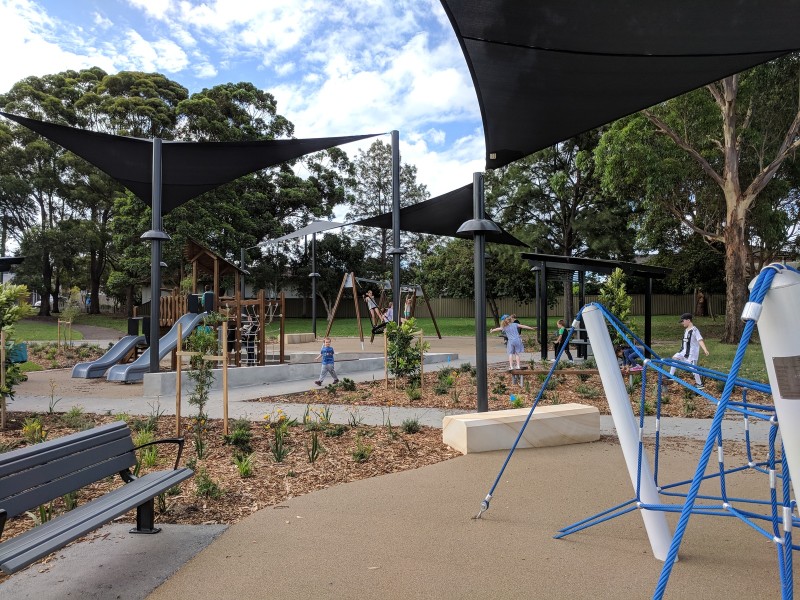 There’s four mini sections to the playground, with three having their own shade sail:

The old playground next to the community hall has now been removed.

The park is a popular sporting venue, with a number of sportsfield. I also think it has the most BBQs of a City of Parramatta Council park and therefore great for a family gathering or picnic.

Other facilities at George Kendall Riverside Park include:

Plus, you can get to George Kendall Riverside Park by bus, with the 524 (Parramatta to Ryde) stopping along Boronia Street, or ferry to Rydalmere and then walk/ ride 2km down to the park. 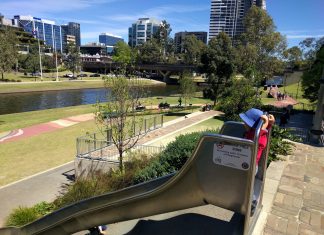