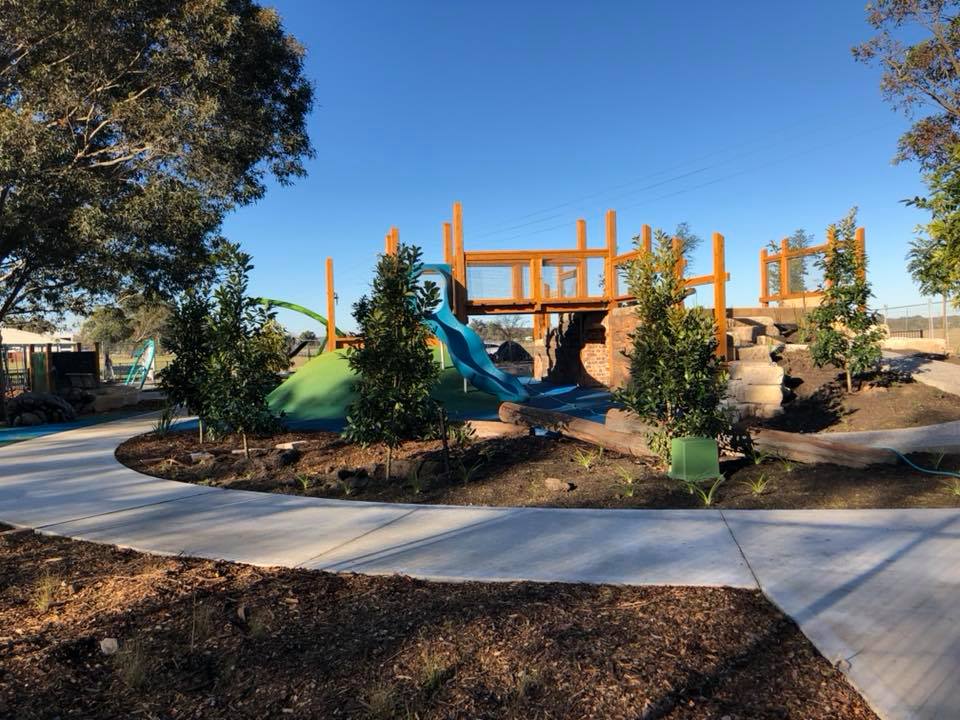 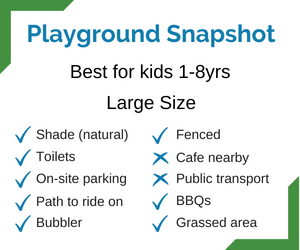 Governor Phillip Park is a popular regional park, with lovely views of the Hawkesbury River. There are also walking/cycle paths, BBQs, picnic tables, toilets and large grassy areas. Plus an awesome new fenced playground opening on Sunday 29th July, as part of Hawkesbury Fest. We love going on little outings to Windsor and there is so much to do with kids in the area.

The new playground has been a few years in the making. And is part of a larger $1 million makeover of the park, thanks to a funding grant from the state government. The playground has been designed in consultation with the wonderful Touched by Olivia Foundation. So it’s an inclusive play space for kids of a range of abilities and ages.

Now if playgrounds were a piece of art, this one would be a masterpiece. You can really see the love and energy that has gone into creating it, from the overall design to the numerous beautiful small touches. We particularly loved the leaf prints in the path, herbs planted near the BBQ, metal animals around the playground, large lizard, cicadas and the cow patty is a funny touch.

We were SUPER fortunate to be taken on a tour of the playground by the person who created it! Ric shared how he had reflected Windsor in the playground. And it definitely gave me a greater appreciation for the playground and made it feel more magical in a lot of ways. An interesting side fact, Ric also created the Domain Creek Playground in Parramatta Park. 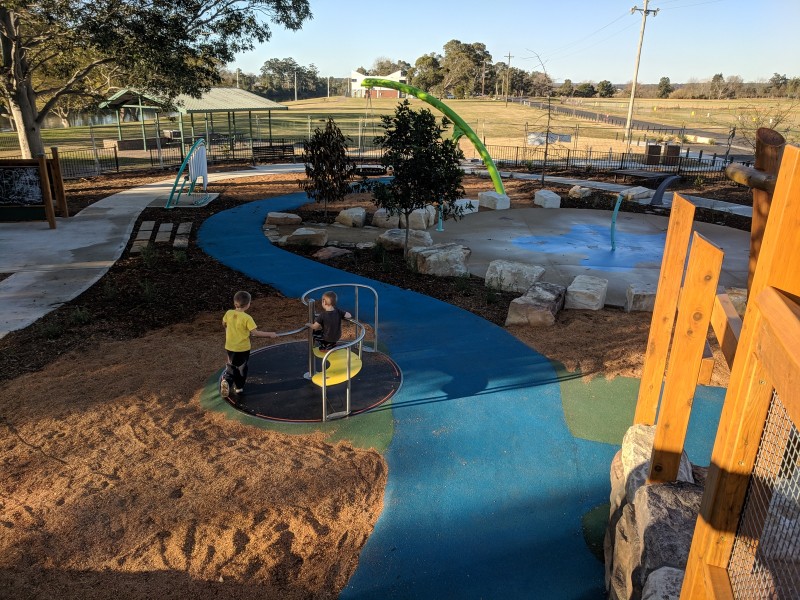 The blue softfall is the Hawkesbury River and the sandstone fort is Windsor. The net tunnel represents fishing by local Aboriginal people in the creeks leading off the river. 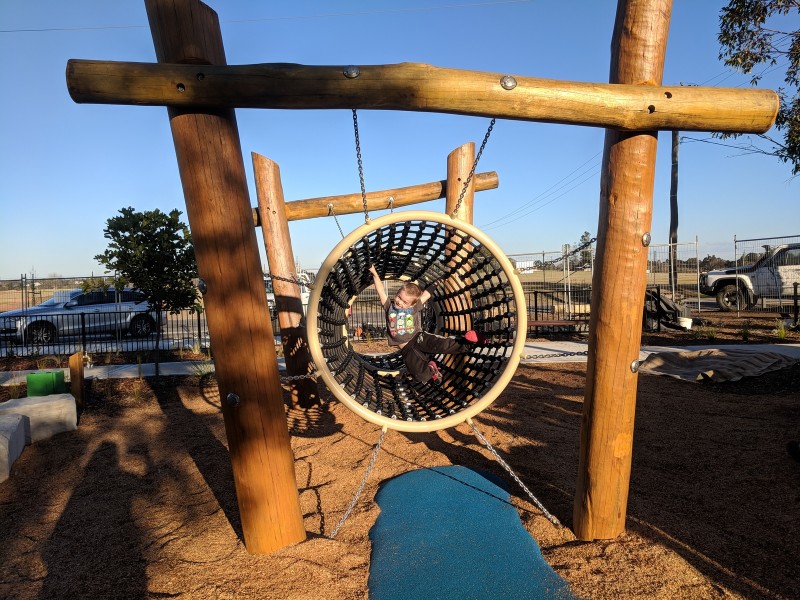 There is a lot to love about this colourful playground, particularly the combo of nature based play, sensory play and water play! Plus that it’s fenced and has gorgeous views of the Hawkesbury River. 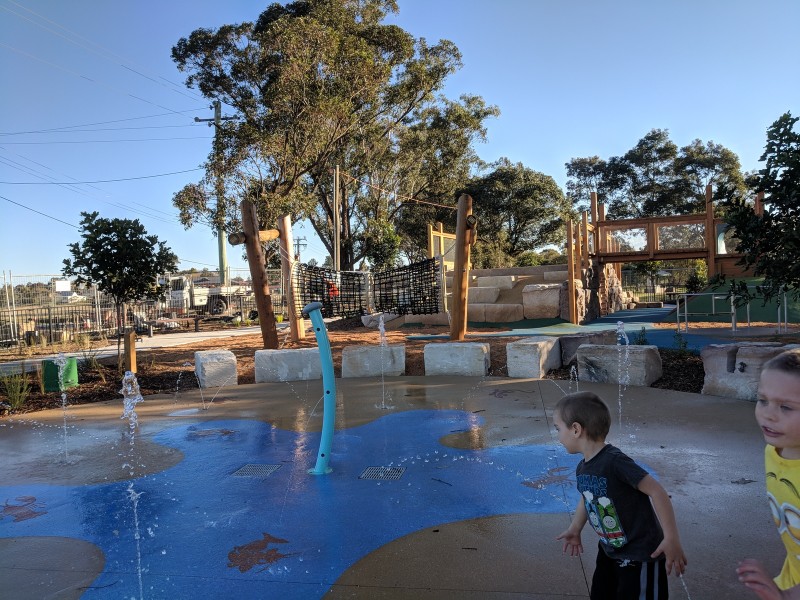 The nature based play consists of logs and sandstone blocks for stepping, balancing and climbing. Sensory play is provided with musical chimes, tactile surfaces and the herbs and other scented plants. And for water play there is a water fountain in the middle of a circle, with several more spouts coming up from the ground.

There is some rosemary and parsley growing at the edge of the playground, near the BBQ. And a few lemons trees!

The playground doesn’t have a shade sail but there’s a good amount of natural shade over most of the play equipment for most of the afternoon. 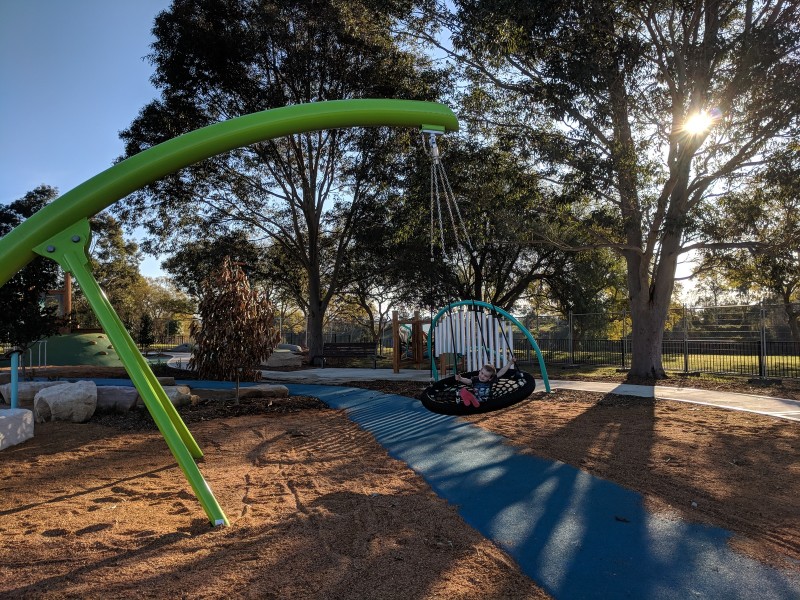 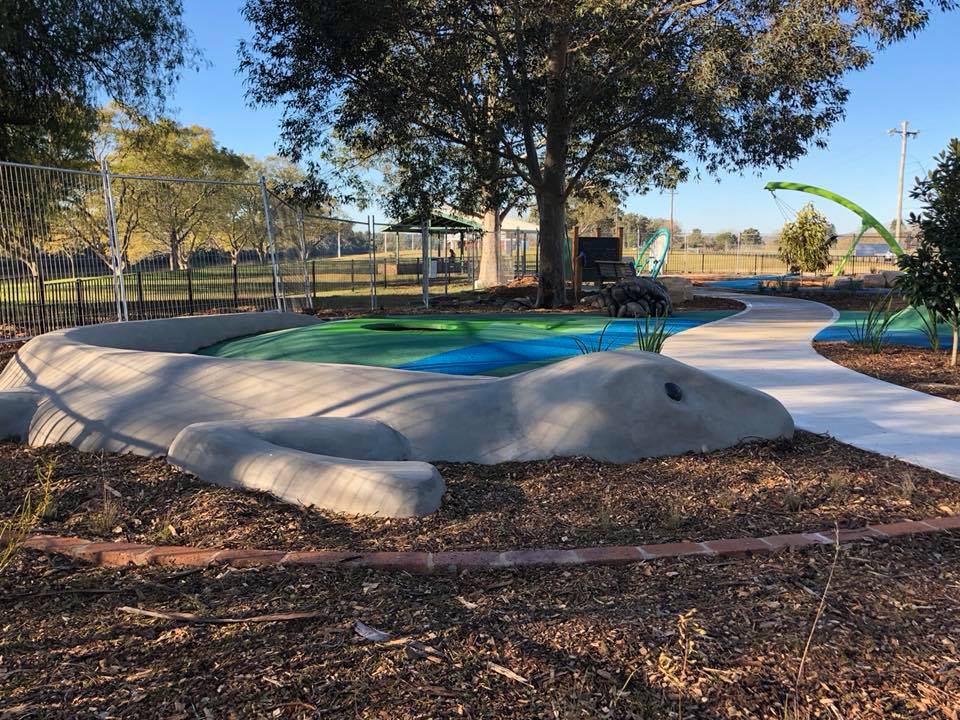 You could use this path for bikes or scooters but I imagine the park will be busy with lots of children for a while yet. Might be best to scoot or ride along the nice long brick paved path along the shore off the river before or after your play.

Within the large Governor Phillip Park, you’ll also find two large sheltered picnic table areas on each side of the playground. Both have BBQs and picnic tables. 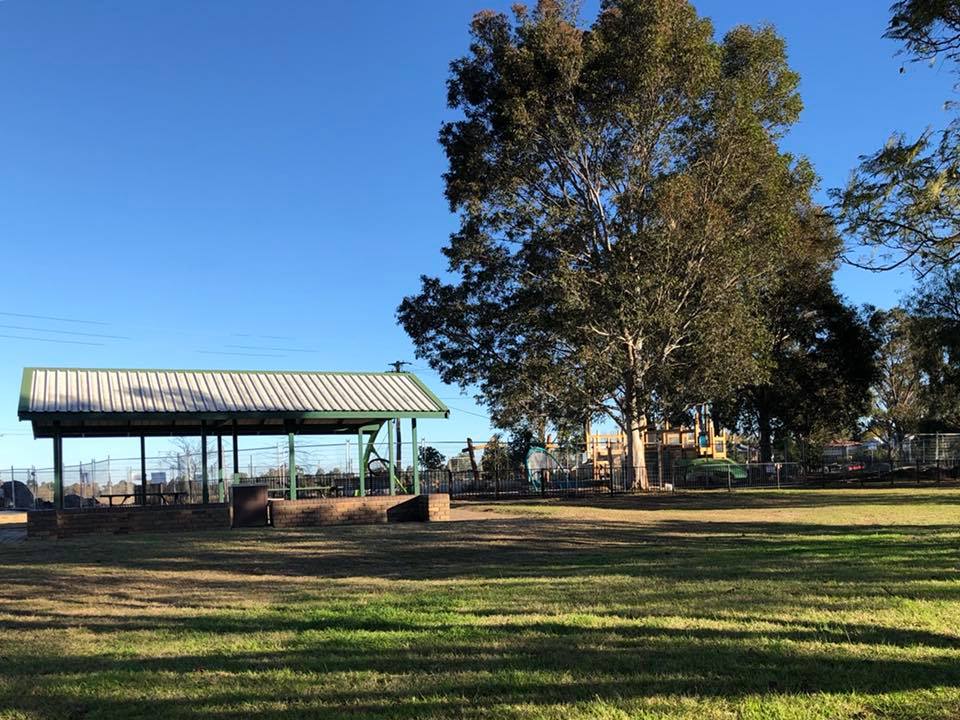 The park has lots of lovely large trees and grassy areas. And the Hawkesbury River running along side Governor Phillip Park is a special feature. We spotted a paddle steamer, lots of ducks and plenty of other bird life as we were walking and riding along the river. 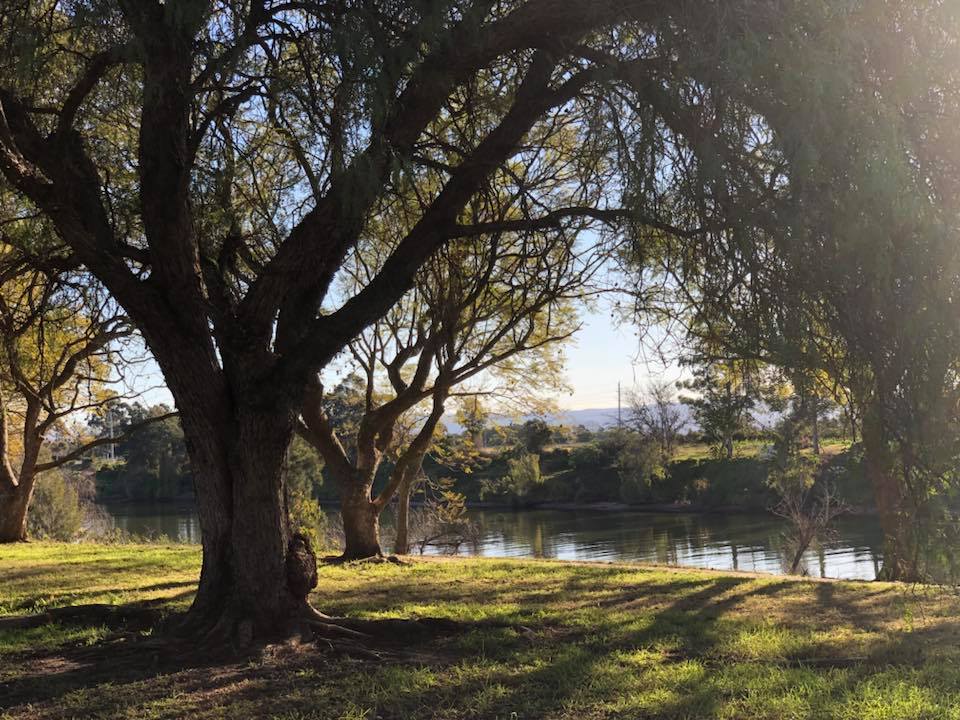 There are toilets at the nearby Upper Hawkesbury Power Boat Club (100m from the playground). The toilets facing the river were closed but the ones on the street side were open. Next to this building is a large carpark. If the small carpark and street parking is full, there should still be plenty of parking here.

Just over 30kms north-west of Parramatta is the historic town of Windsor, along the banks of the Hawkesbury River. And just to the east of Windsor is Governor Phillip Park, a well used regional open space. There is on-site and street parking, plus a boat ramp at the park. 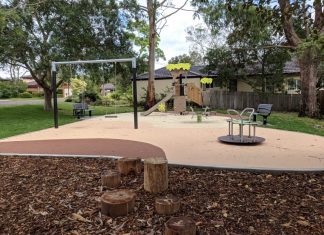