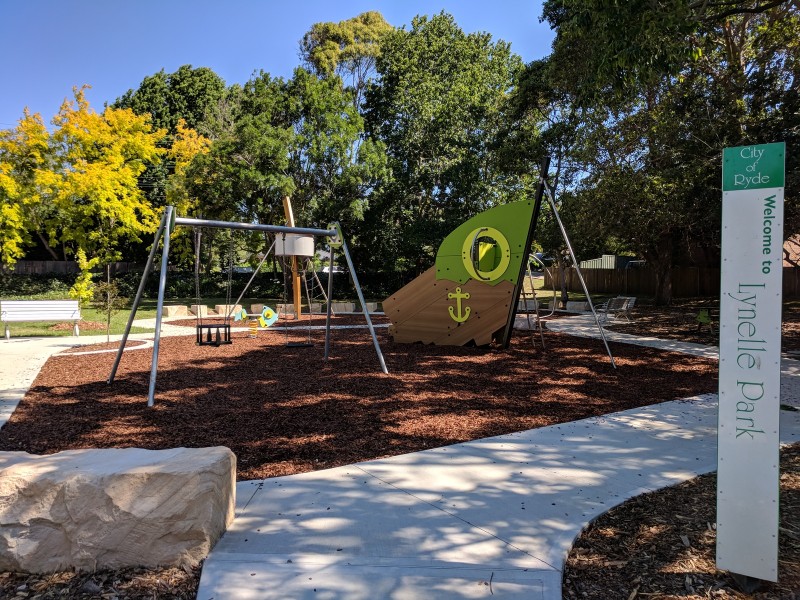 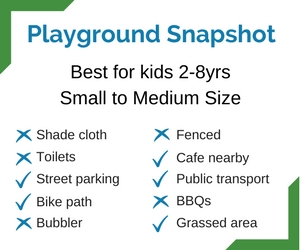 We drive along Balaclava Road in Eastwood very frequently, particularly in summer on the way to the beach. So we were excited to see Lynelle Park transform over the last few months. From a run down, old style playground to a brand spanking new one, which opened in December 2017. And it is a vast improvement, even if it has a bark ground and lacks shade sails.

What stands out for us at this nautical themed playground are the sandstone stepping blocks, path looping around the play equipment, sunken ship and bucket swing. And I look forward to seeing the new garden bed when it is planted during autumn. I am also a sucker for the small touches that show thought has gone into something, like the sea creature pebble artwork.

Other play equipment in Lynelle Park includes a: 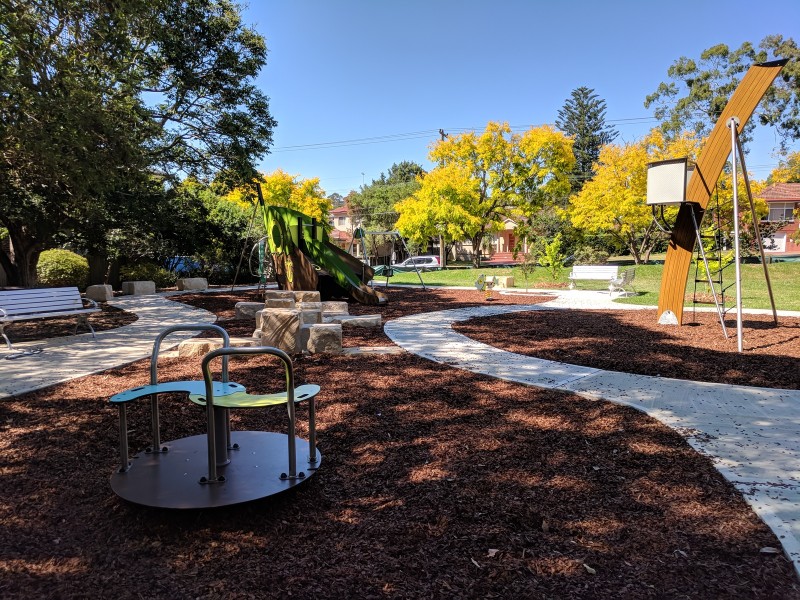 Now the trick with this park if visiting on a sunny, warm day, is to go in the afternoon. As you can see from my photos taken one December afternoon, there is a fair amount of natural shade then. And the metal slide, that is east facing, is out of the sun. (Really wish all metal slides in western Sydney were south facing!) So makes for a good after (pre)school or nap playground. 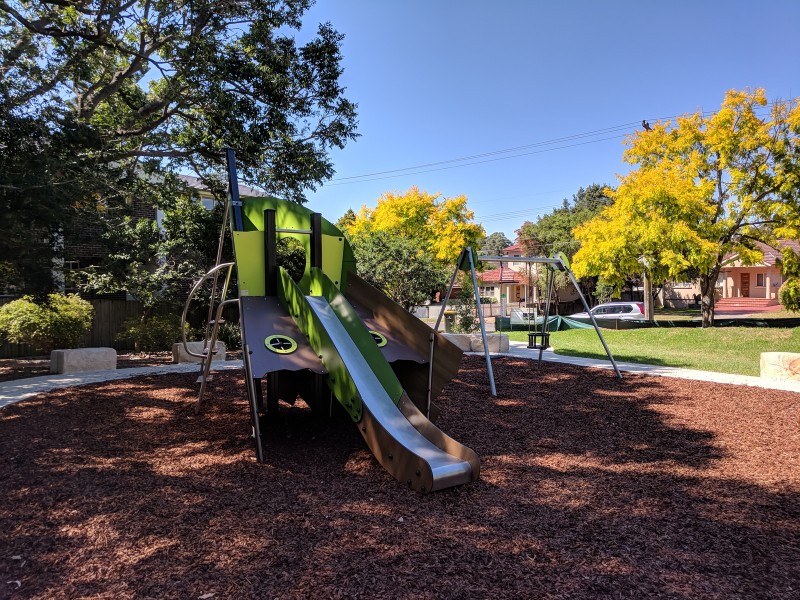 Keep in mind that Lynelle Park isn’t fenced and is along a busy road. The landscaping does though create a small barrier to the road. And hopefully a bigger one once the garden bed has been planted sometime between March and May 2018. 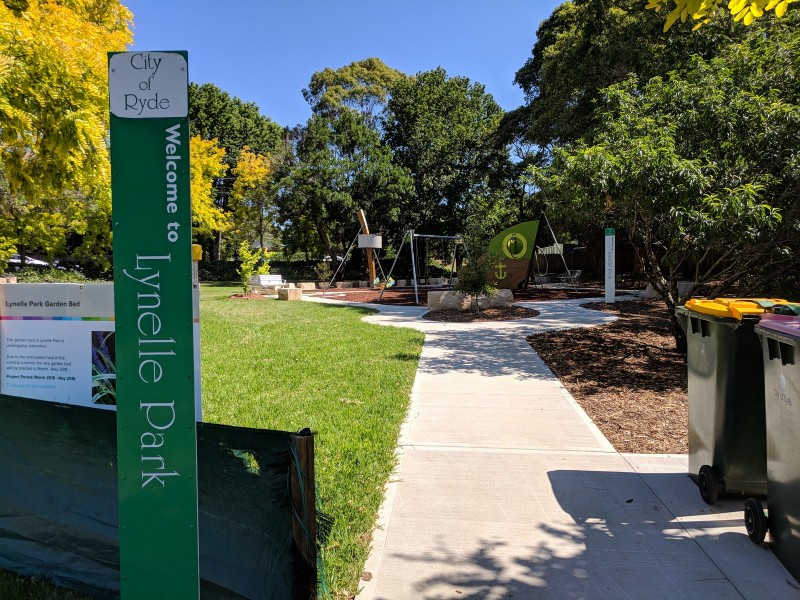 Lynelle Park is on the corner of Abuklea and Balaclava Roads in Eastwood, at the round about. We find parking on Abuklea Road the easiest and you can also catch a bus there, along Balaclava, like the 545 which goes from Parramatta to Chatswood. 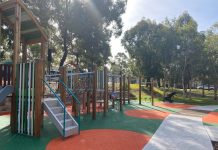 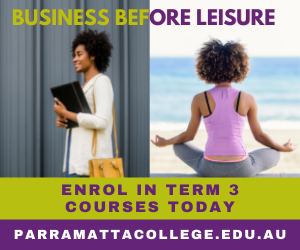 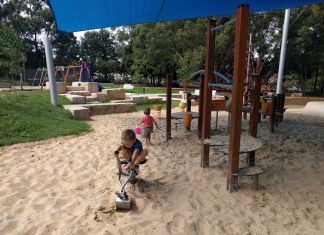