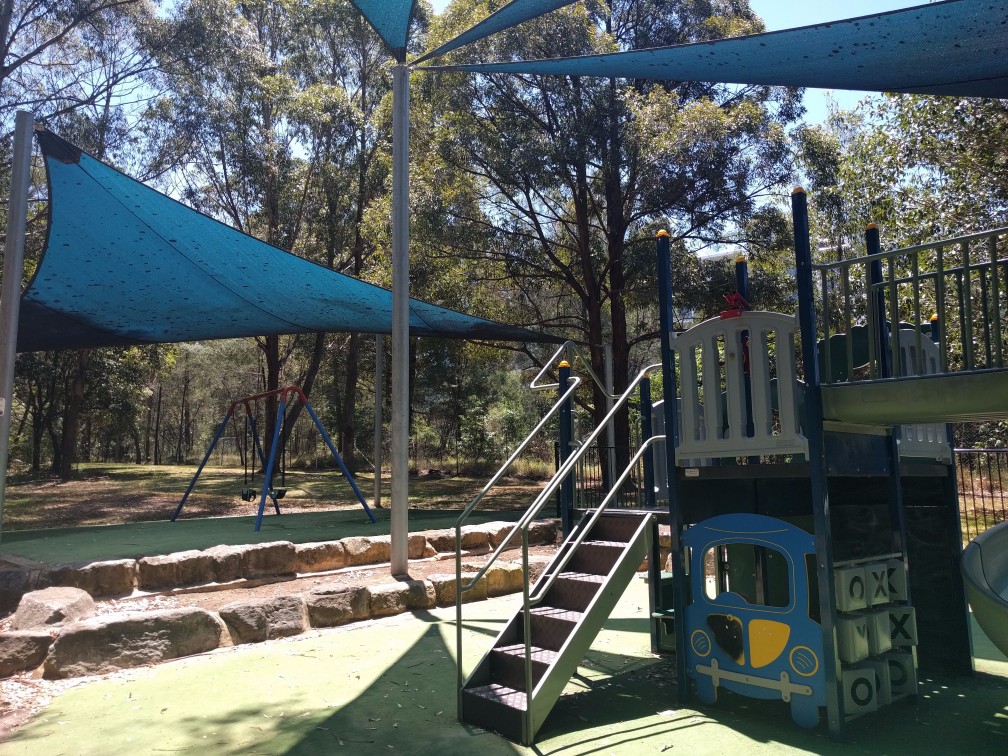 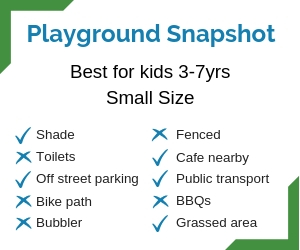 I had driven along Mobbs Lane plenty of times without ever noticing the small sign stating Playground. It was only when a friend mentioned she lived right near this cool little playground in a bush reserve that I went looking for Mobbs Lane Reserve.

The bonus with visiting Mobbs Lane Reserve is it’s at the start of one of the bushwalks along Terrys Creek. And you can start and end at a playground, with another playground to visit along the way and a cafe nearby. Plus it is an easy flat walk mostly along board walks. A winning combination for bushwalking with young kids! Read more about the walk from Mobbs Lane Reserve to David Hamilton Reserve, along Terrys Creek here.

When you turn at the Playground sign along Mobbs Lane, you arrive at a car park. And the playground is on the other side, set well back from the road. The playground has shade sails over it and synthetic grass ground. 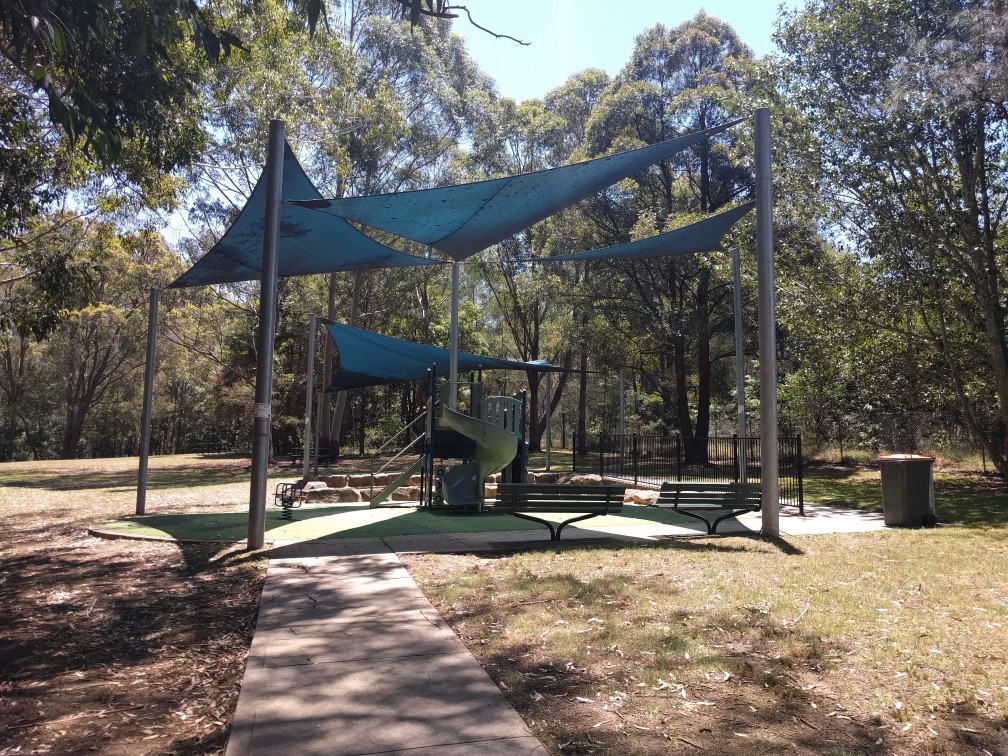 Within the Mobbs Lane Reserve playground, there is a climbing play gym with a twisty slide, rock climbing wall, noughts and crosses and a cubby house underneath. 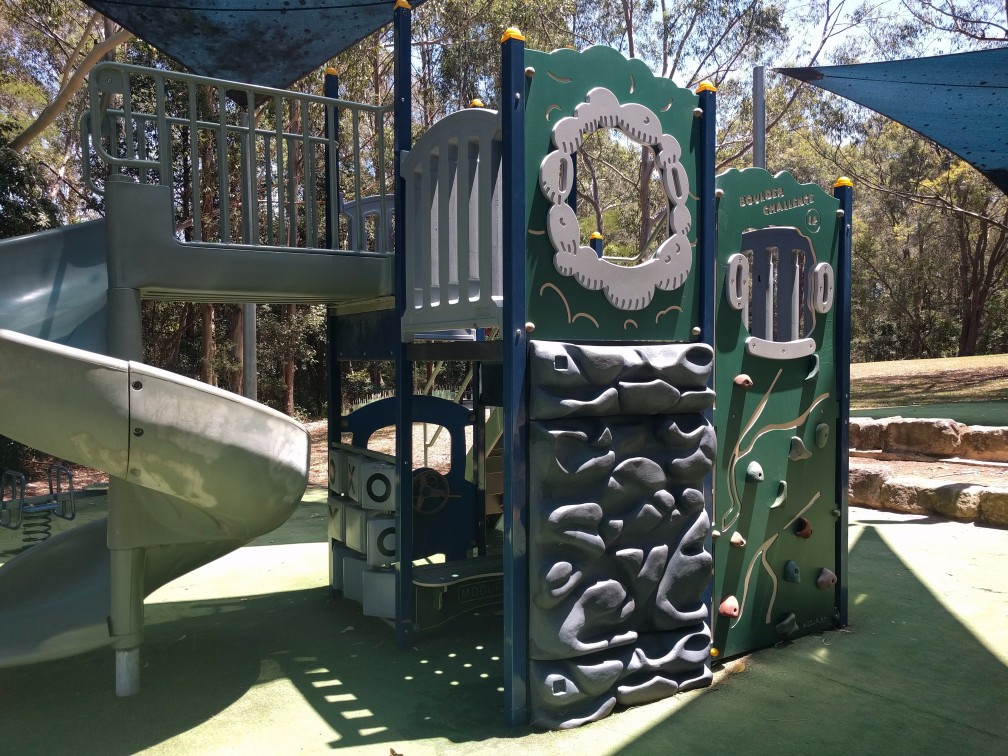 To the side is a swing set with toddler seat. 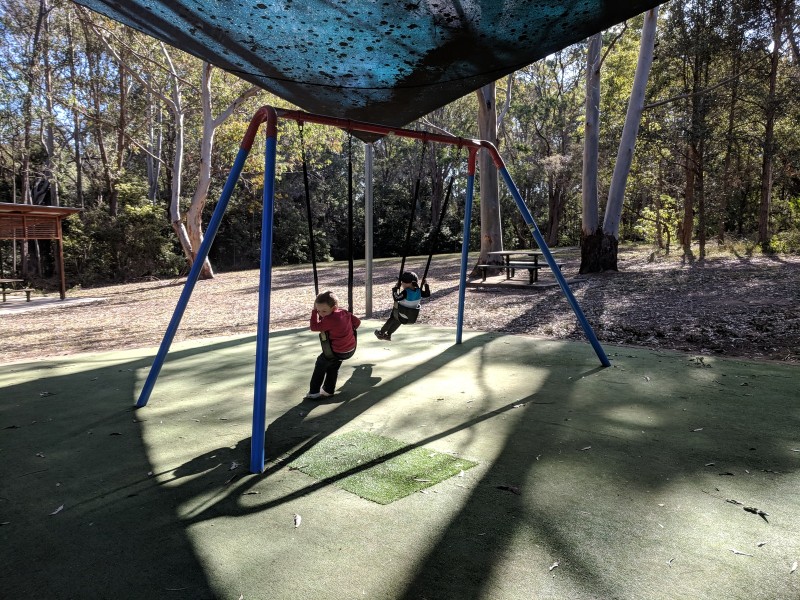 There is a short path running along side the playground, which connects with the estate next door at the old Channel Seven site. 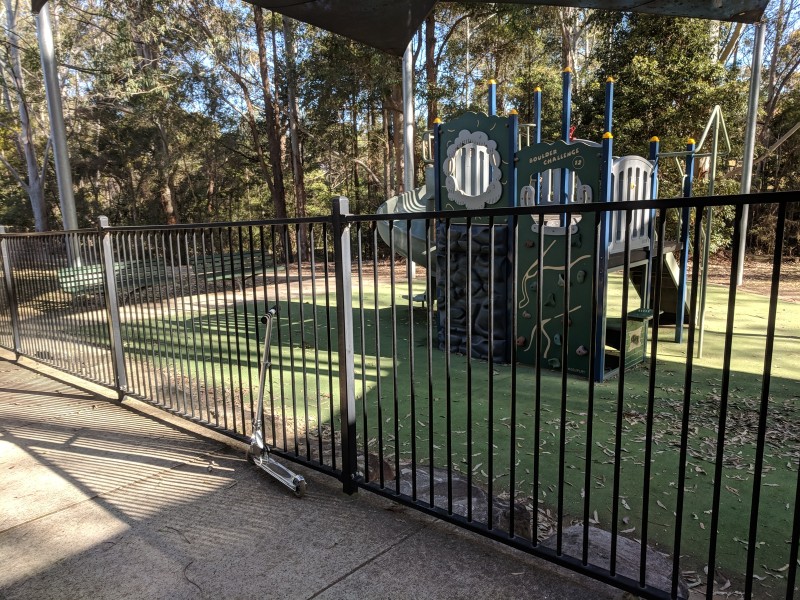 Behind the playground is a grassed bush area to explore as well as a small picnic shelter. 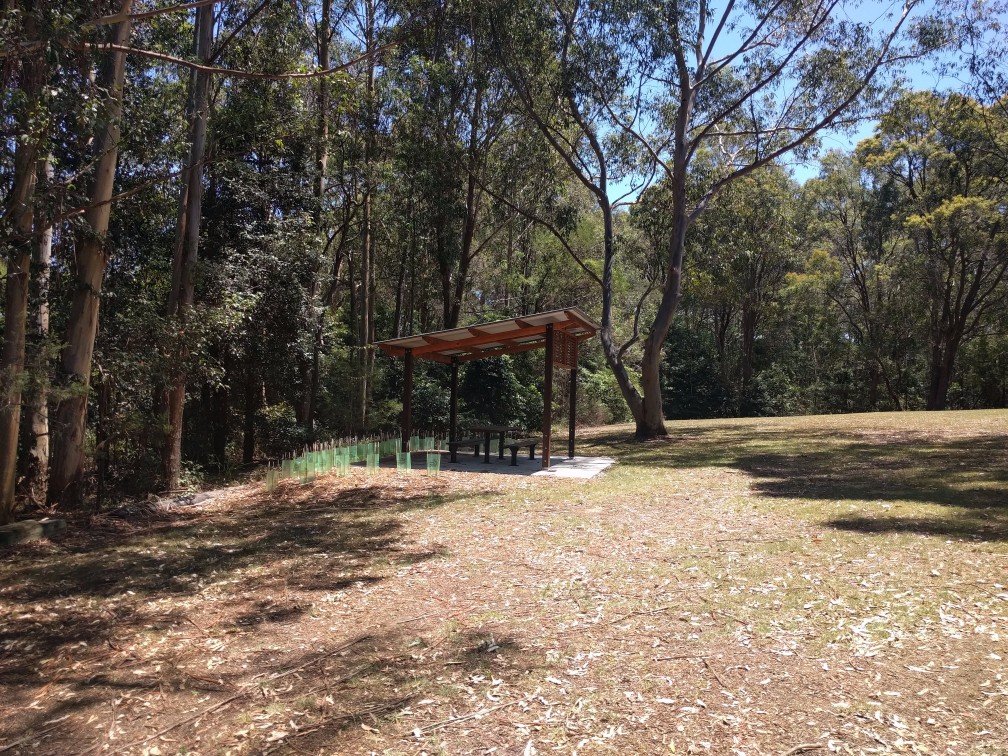 Unfortunately there are no toilets or bubbler at Mobbs Lane Reserve. But about a 350m up Mobbs Lane (hill) is Pie Hill Cafe, with a kids space and toilets. 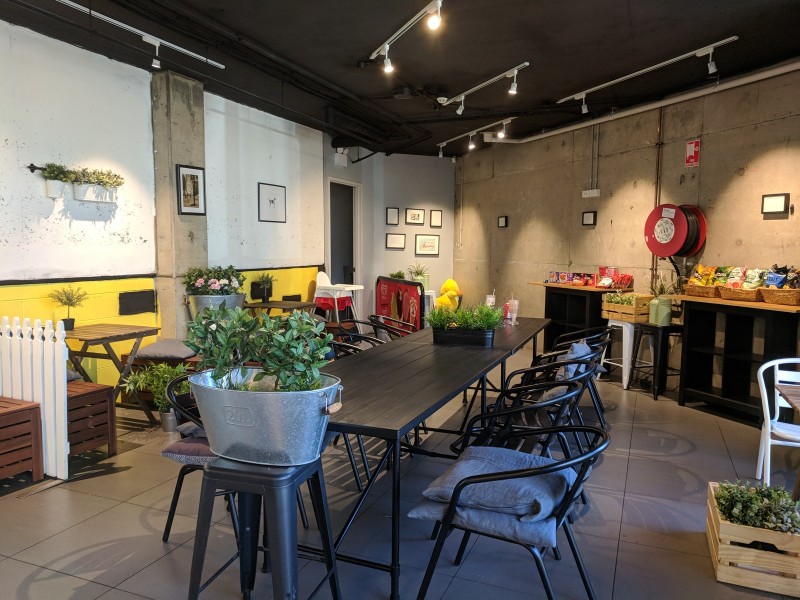 Mobbs Lane Reserve is accessed from Mobbs Lane at number 53, just opposite from Fred Spurway Reserve. There is off-street parking and buses run along Mobbs Lane. 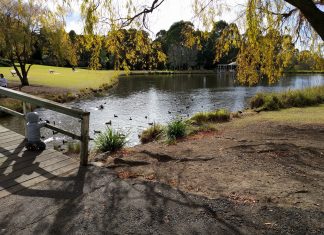