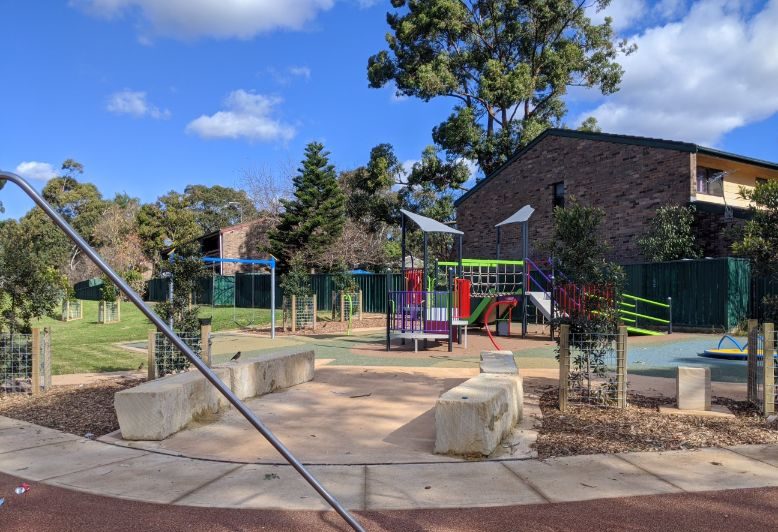 In 2019, a new playground was built at Richill Park, next to the Karabi Neighbourhood Cottage. 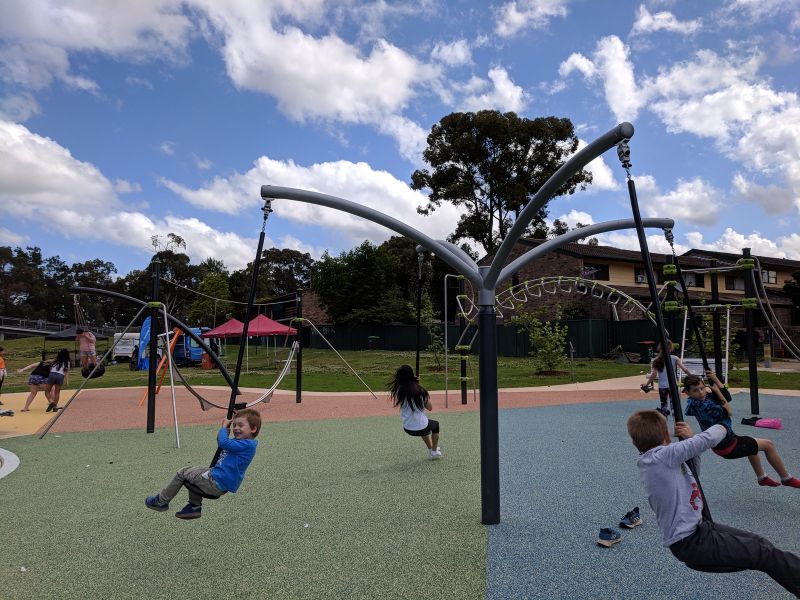 But there was no play equipment for young kids. After receiving our feedback, and that from local families, Council sought additional funding to expand the playground. 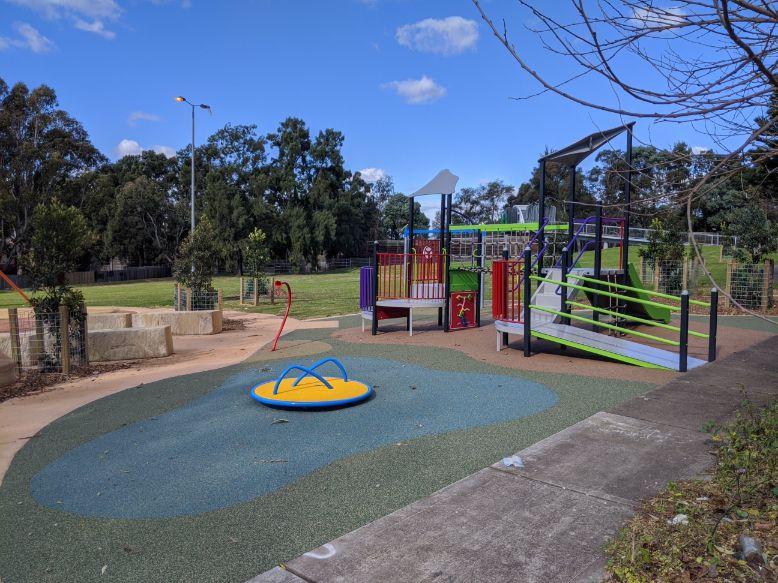 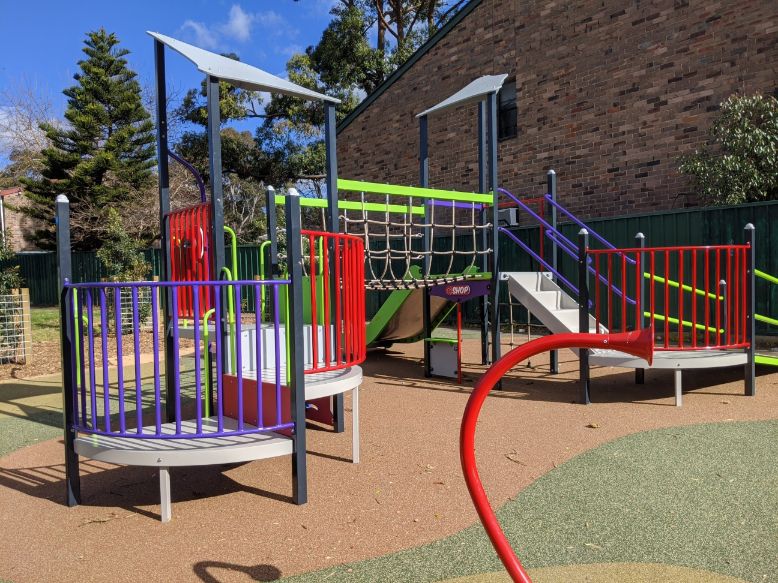 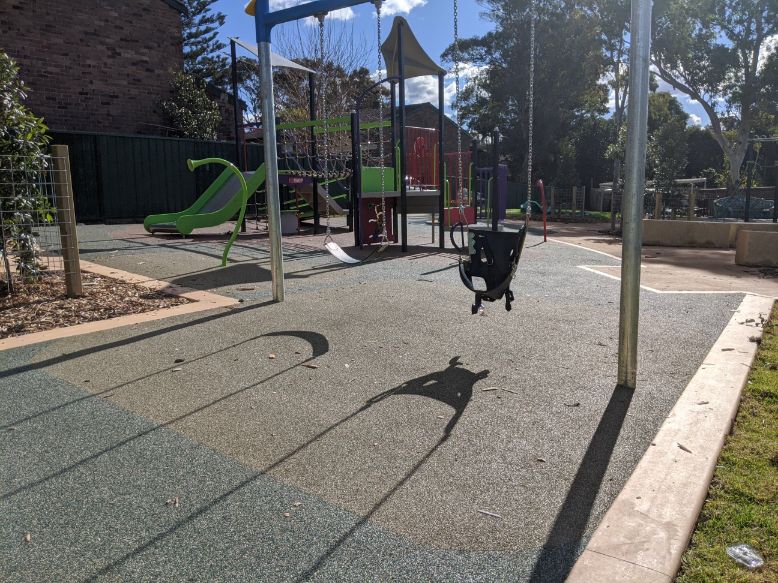 A big, bright street library has also been added since the last time we visited. 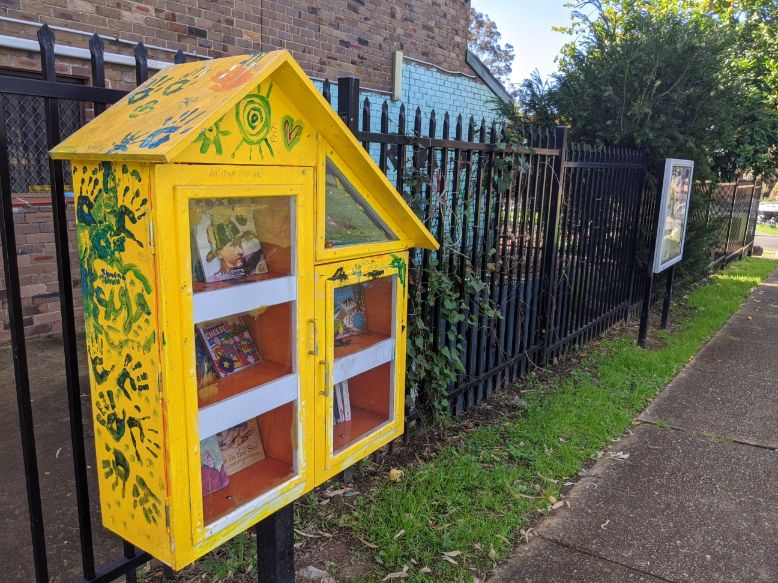 Richill Park is at the entrance to the pedestrian bridge over Cumberland Highway, near the intersection with Old Windsor Road. It takes you over to Toongabbie East Public School and Alice Watkins Reserve. As well as the Redbank Track, along Toongabbie Creek. 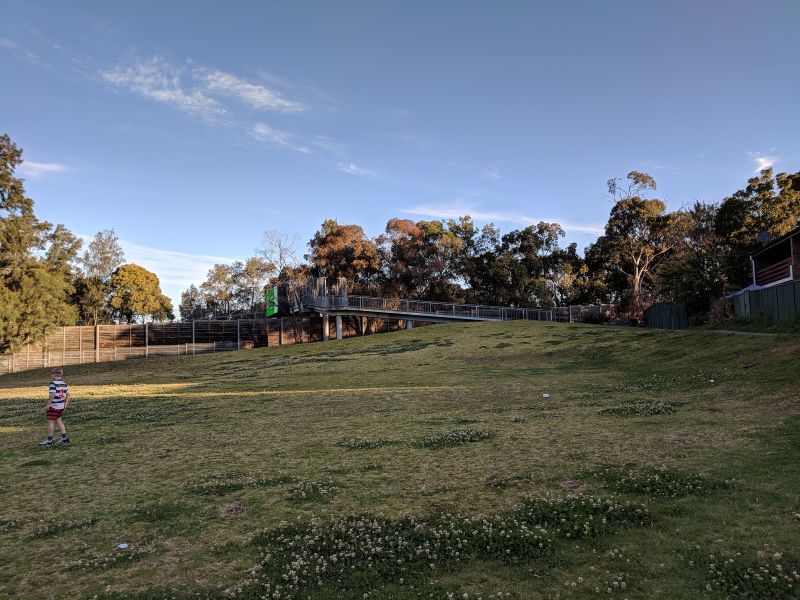 In the main section of the playground, the four seat spinning swing is very popular. It’s like a flying fox combined with a swing. And if you spin it right, you can get a LOT of speed! 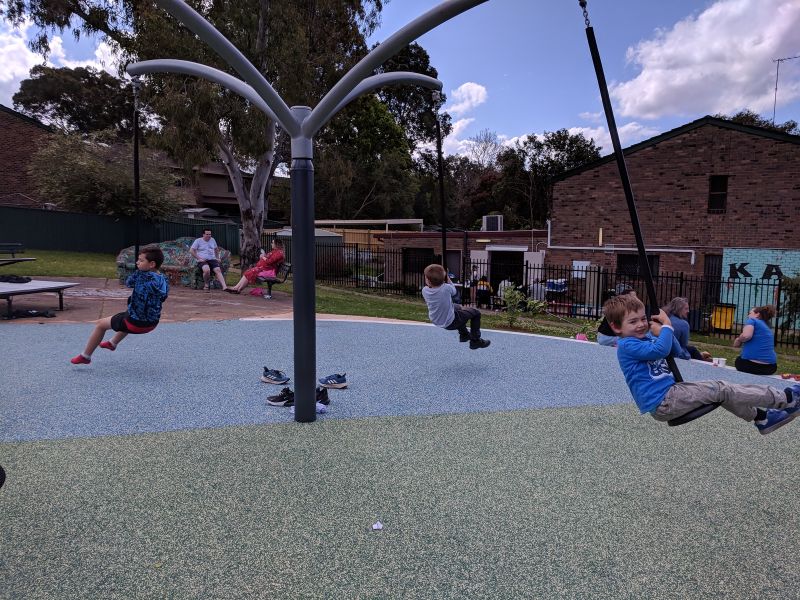 There’s also a tyre swing, sliding board half pipe and a challenging climbing play gym with monkey bars.

The ground under the play equipment is rubber softfall and then there’s a nice, large grassed area next door to kick a ball around on. 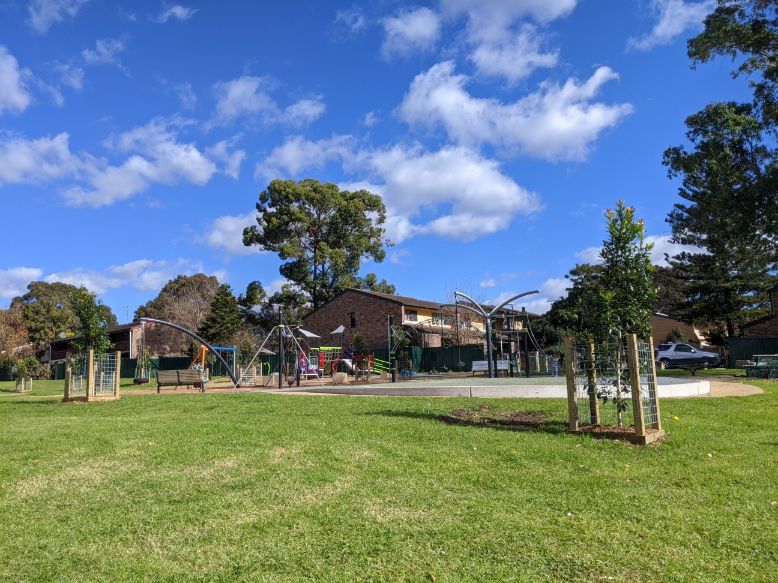 There’s no shade over the playground, though it does get some natural shade in the afternoon. Keep in mind that there are also no toilets or a bubbler here. Plus no bin, and sadly a fair bit of litter.

Here is a photo of the old playground – which was desperately in need of some tlc! 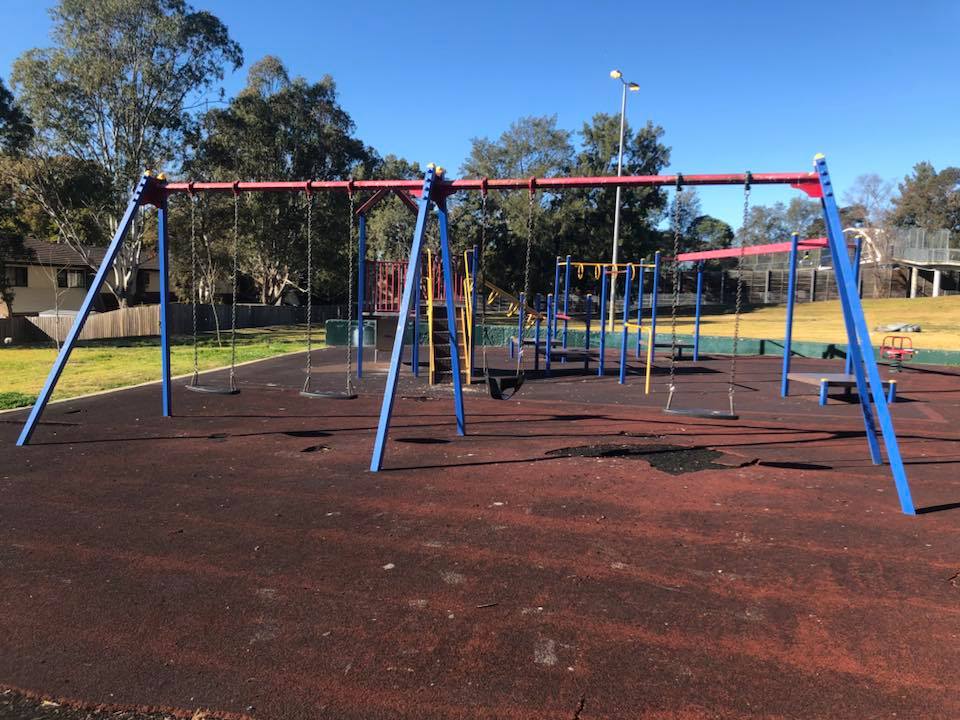 Richill Park is tucked in amongst houses, near the intersection of Old Windsor Road and Cumberland Highway. It can be accessed from the pedestrian overpass on Cumberland Highway. As well as from Tanderagee and Lurgan Streets. There is street parking.

Shopping with Little Ones at Lidcombe Centre 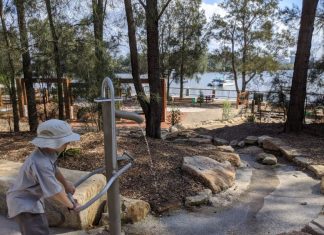 Free Play Areas and Playgrounds with Cafes Nearby | Parramatta Region