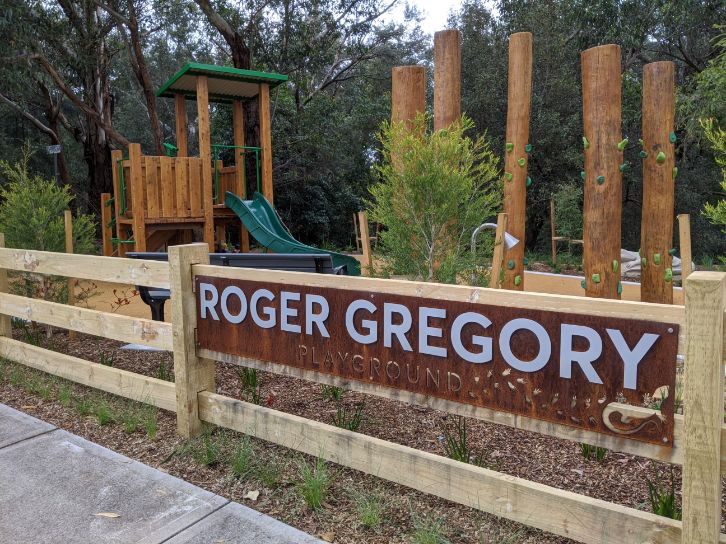 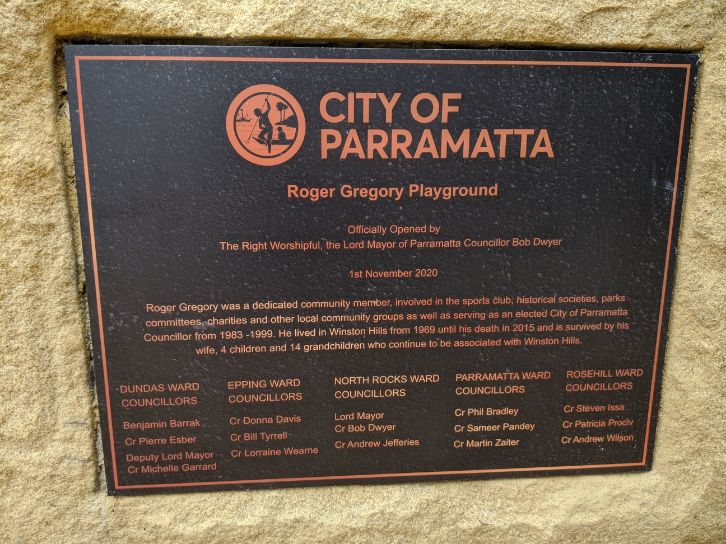 The new playground has been named in honour of Roger Gregory, a former Councillor for 16 years and dedicated local community member. 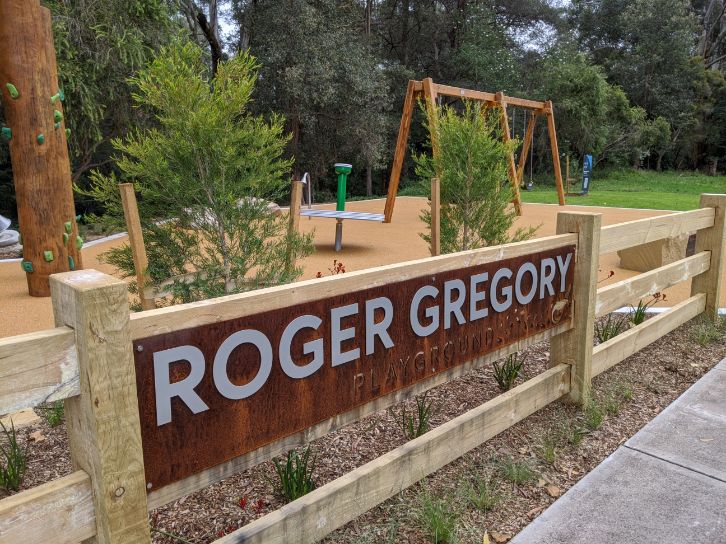 Roger Gregory Playground backs onto a bush reserve that runs along the Northmead Gully. And the playground marks the end/ start of the Water Dragon Way bush track, which goes down to Moxham Bridge. Unfortunately though at the moment, there’s NO SIGN to indicate where the track starts – but just go to the end of the fence to the left of the playground and you’ll find it behind the big tree. We’ve also spoken with Council about getting a sign installed here with a map of the Water Dragon Way track.

Now the playground itself, is only small but should still keep young kids entertained for a while. And of course, there’s always the bush to explore! Keep in mind that there is no shade in the morning – well not until the new trees grow a lot more – but there is natural shade in the afternoon. 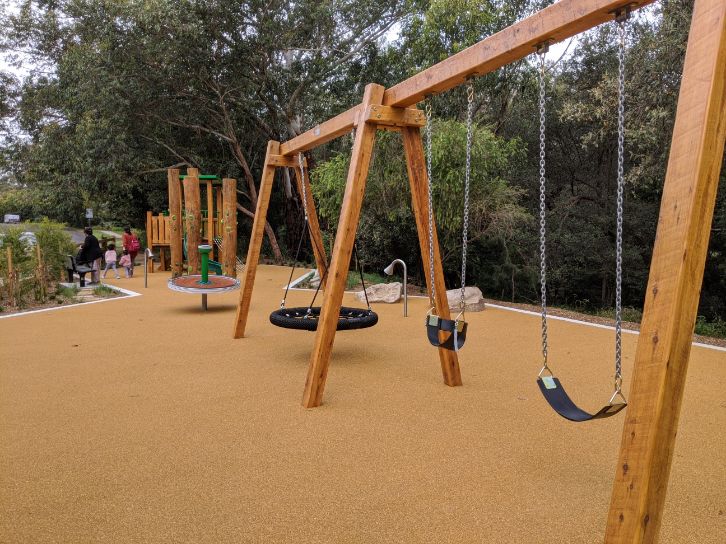 I really like how well it sits amongst the bushland, with it’s lovely wooden play equipment and colouring. 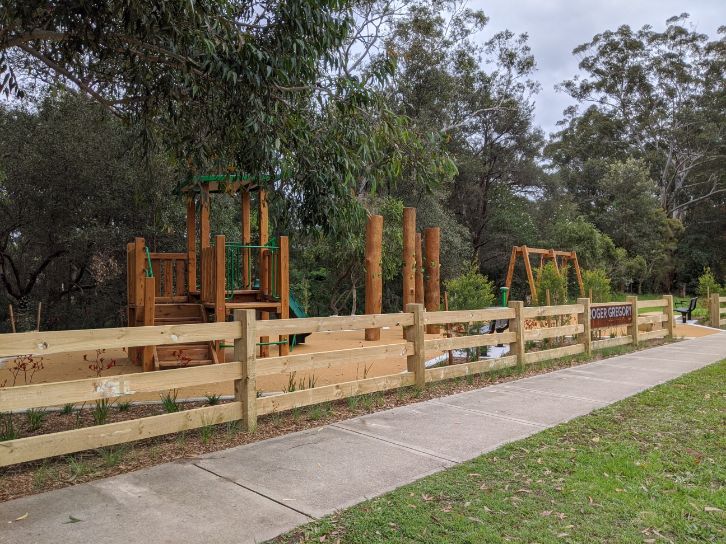 Within the playground there’s: 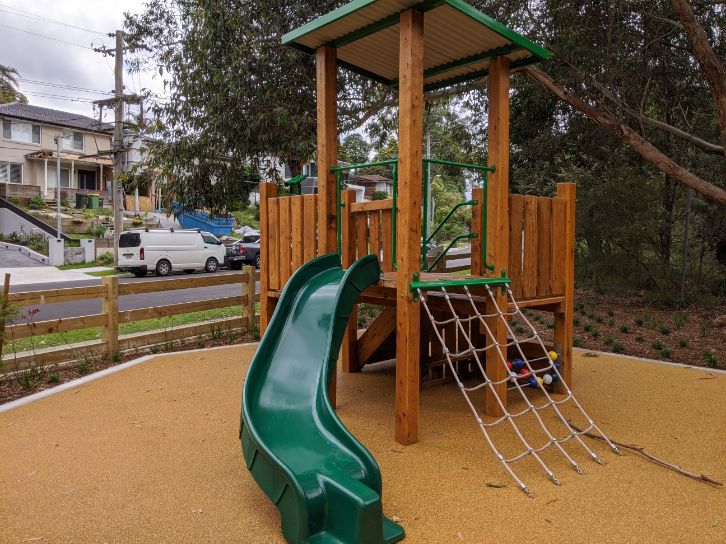 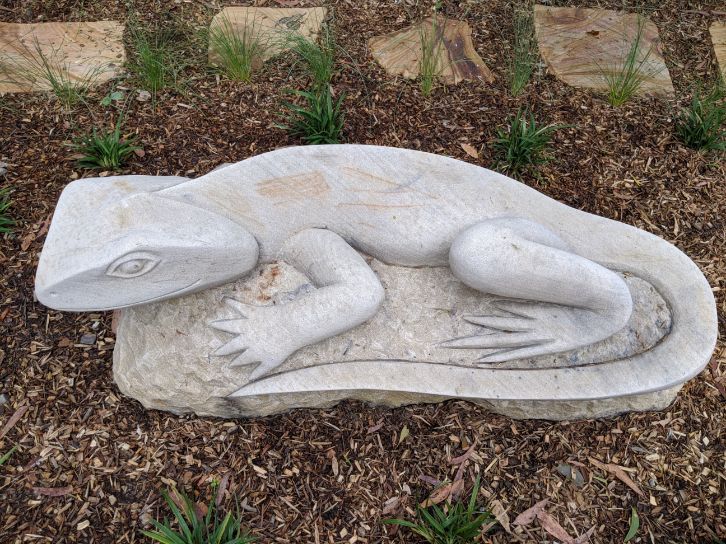 The playground is right near the road. But it’s a quiet street and there’s a fence running in between the play equipment and road. 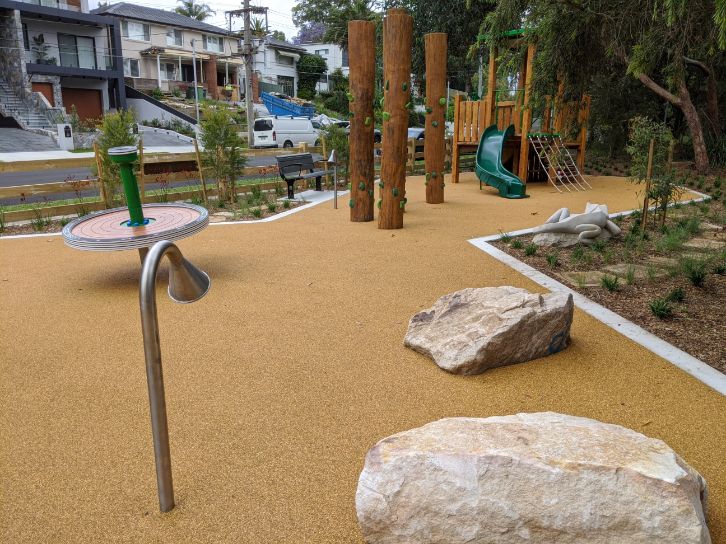 It’s a nice little new playground. The main drawcard for me is that it’s at the end/ start of Water Dragon Way so we can have a bushwalk/ play combo!

The new playground is along Goodin Road in Winston Hills, near the intersection with Murrills Crescent. There’s lots of street parking.

Roger Gregory Playground isn’t currently listed on Google Maps, but I’ve requested it be added and hopefully it will appear soon. 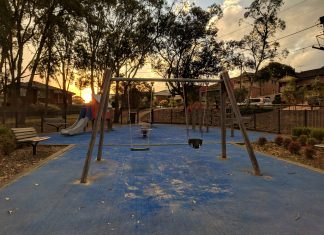