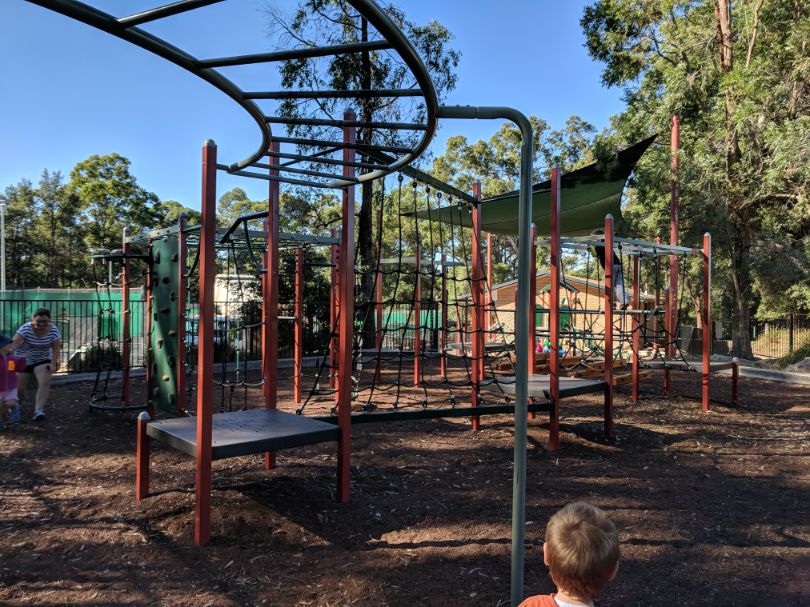 Ted Horwood Reserve is a great find, tucked away in Baulkham Hills with a medium sized fenced playground and lots more to enjoy.

It’s located in Baulkham Hills about 7kms north of Parramatta CBD and just north of the M2 and North Rocks. Across the road is the Baulkham Hills Sports Club, with a fun fenced outdoor play area for the kids. And about 5min drive away is the Little Rock Cafe with its great fenced play area.

The Ted Horwood Reserve playground is spread across two levels, with the upper level containing interesting and challenging climbing equipment best suited for primary school aged kids and the lower level containing swings and a play gym with bridge, slide and pretend shop that is best suited for preschoolers. Connecting the upper and lower levels is an in-ground slide, though my boys decided it was more fun running up and down the hill next to the slide.

The lower level has a shade cloth over it, soft fall ground and there are two park benches to sit at. The upper level gets some natural shade, but I imagine it gets hot there in summer at certain parts of the day, and the ground is bark.

Mr 3 and Mr 2 enjoyed playing in both areas, though preferred the lower level as well as playing with sticks, leaves and digging in the bark. 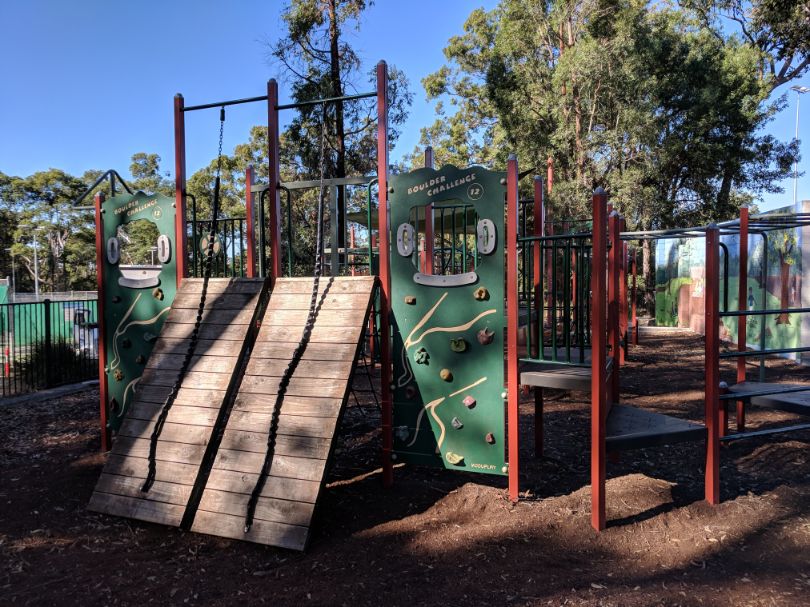 The playground is located next to the tennis courts and toilet block on the northern end of the reserve, surrounded by large gum trees. The car park off Park Road is the closest one to the playground, though if you park in the car park accessed from Renown Road (like we did), there is a path that takes you passed the cricket nets, netball courts, and around to the playground. Mr 3 and Mr 2 enjoyed riding their scooters on this path around the field. 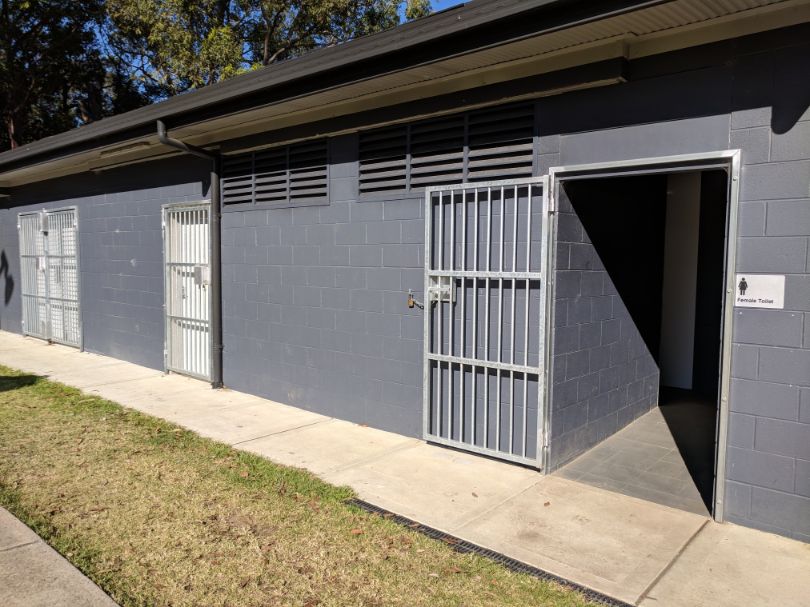 We easily spent 90mins at Ted Horwood Reserve and could have stayed longer, particularly as we had the kids scooters with us and there are plenty of paths and areas (like the netball courts when not in use) that they can ride on.

Aside from the fenced playground in the in Ted Horwood Reserve there are:

There are two entries to Ted Horwood Reserve – Park Road or Renown Road. The playground is best accessed via Park Road entry and there is on-site parking. 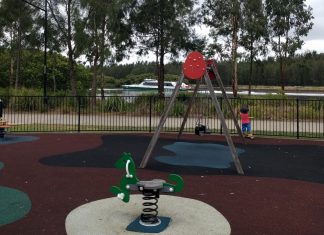 FREE Fenced Playgrounds and Play Areas | In and Around the...