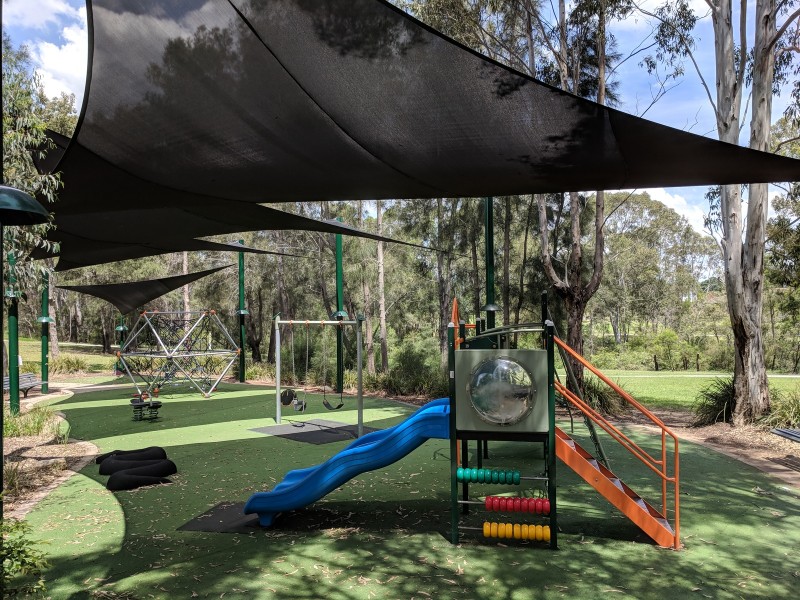 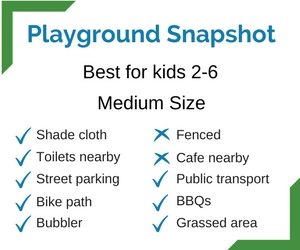 Third Settlement Reserve is such a lovely park and it’s on our regular visit list. There’s a fabulous small shaded playground, lots of paths to walk and ride on, bushwalks along Toongabbie Creek, a beautiful water hole to dip your toes in, plenty of picnic facilities and open grassed spaces. Winston Hills definitely seems the place to live/ visit for great parks and playgrounds! 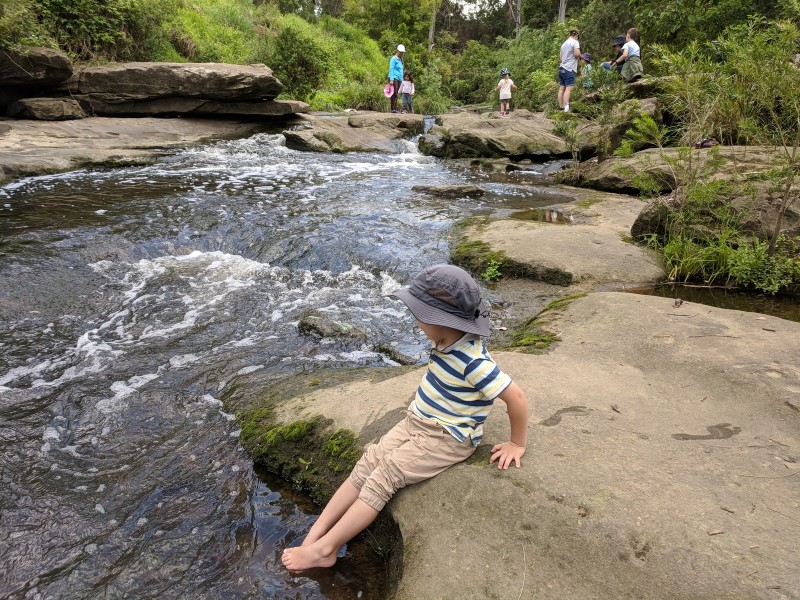 Visiting Third Settlement Reserve has also taught me some interesting local history. Like the fact that Toongabbie was the third settlement by Europeans in Australia. It was originally founded as a Government Farm to grow food for the colony in April 1792.

While small, the playground at Third Settlement Reserve is one that you rarely find empty. And it’s easy to see why with the combination of fun play equipment, shade and toilets… plus a lovely quiet setting.

The playground is located near the corner of Edison Parade and Oakes Road. It has a softfall ground, shade cloths and a wooden fence running between the playground and road.

My boys particularly like the climbing rope frame, snake and turtle.

We have even had the fortune of finding a stick insect here, hiding from the birds under the slide. 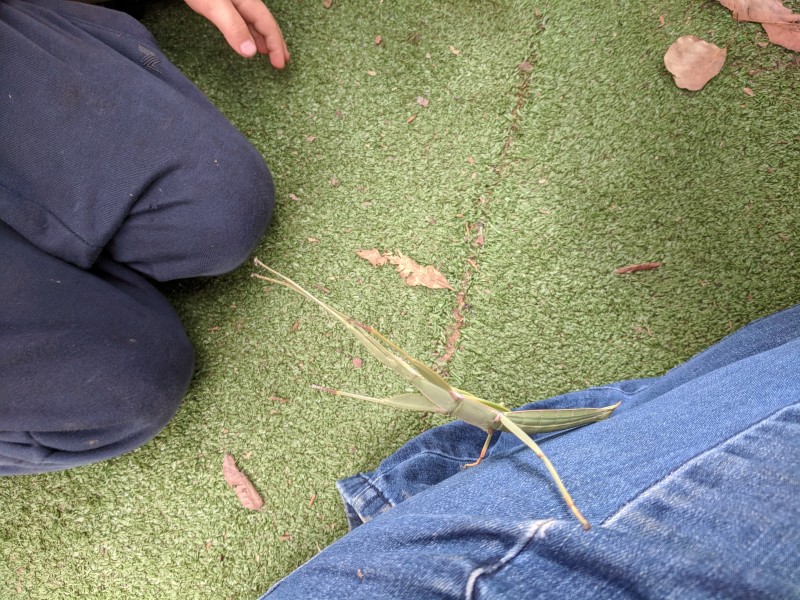 There are two main walks from the playground at Third Settlement Reserve. And both are doable with an all terrain pram. Keep in mind that while being in the bush, you may come across snakes in the warmer months. We haven’t ever seen one, well except the friendly (pretend) one in the playground. But have been warned by other people walking in the park that they have. Probably the upside of walking with noisy little ones!

Pemulwuy Loop – East of the Playground

Opposite the playground, near the footpath, there’s a short bushwalk that follows the creek – heading east away from Oakes Road. It’s about 250m one way and a great first walk for little ones.

Along the way, there is a small wooden bridge, places to sit and enjoy watching the creek, and wildlife to see. We’re seen lizard, birds, ducks and water dragons on our walks there.

After the bush track, you can continue along the Pemulwuy Loop – the paved footpath running through Third Settlement Reserve, following Toongabbie Creek. 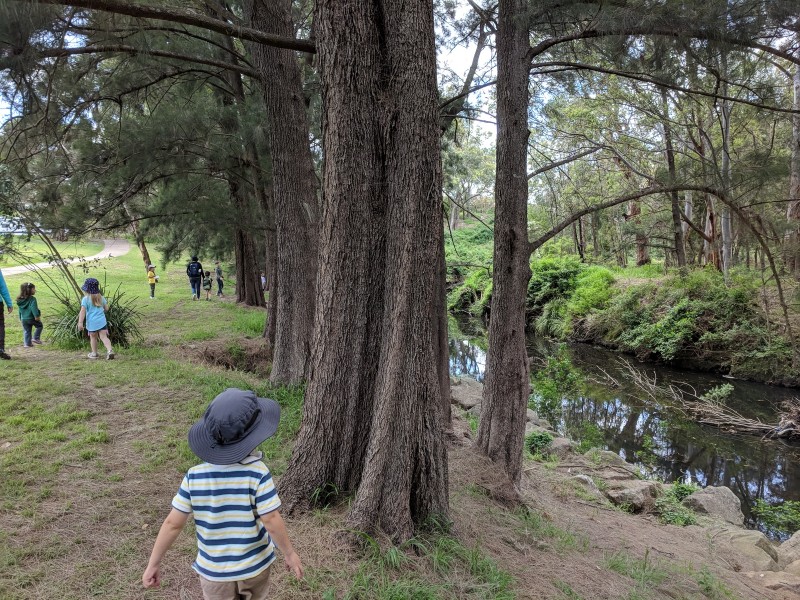 It goes a few hundred metres more until you reach Edison Road again and then goes along the road for a bit. 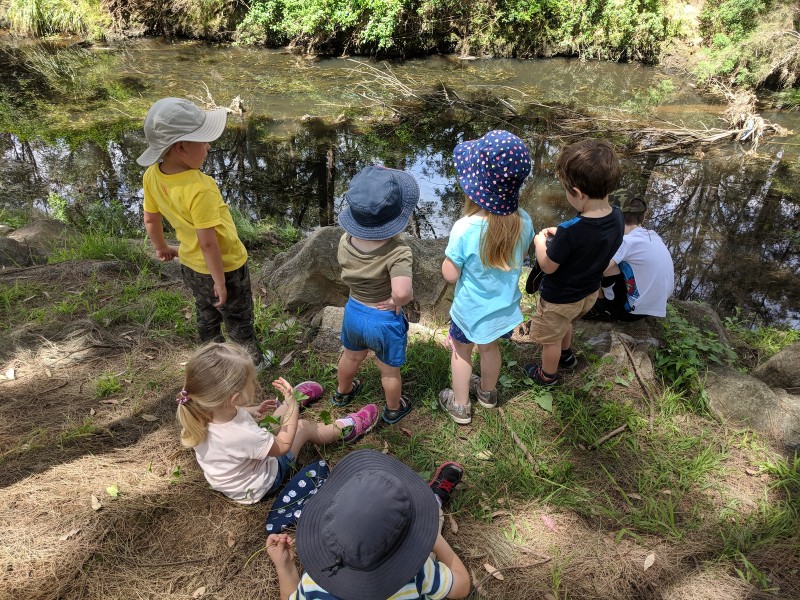 To get to the lovely Toongabbie Creek water hole, keep walking along Edison Road until the reserve opens up again. It’s sort of opposite the intersection of Edison Road and Euclid Street. 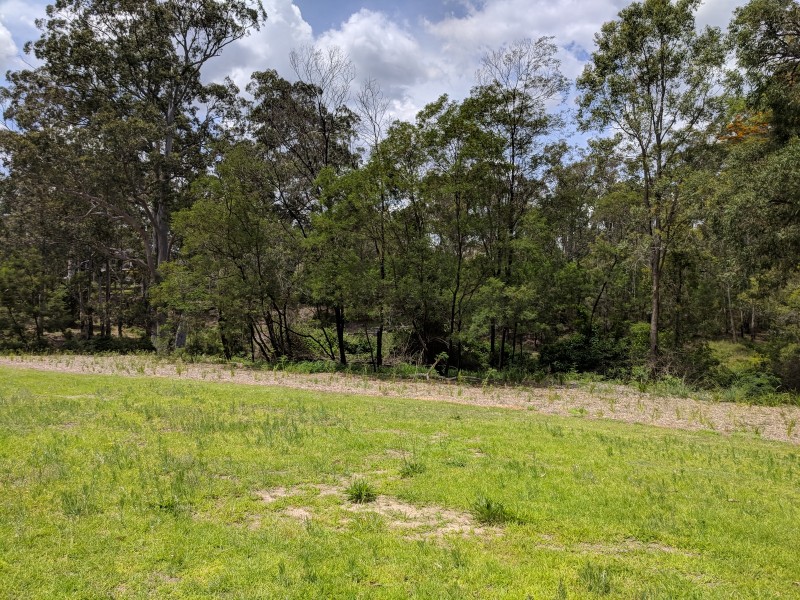 This was the site of the 2018 National Tree Day planting. Following this along, there is a break in the planting, with a path that takes you down to Toongabbie Creek. 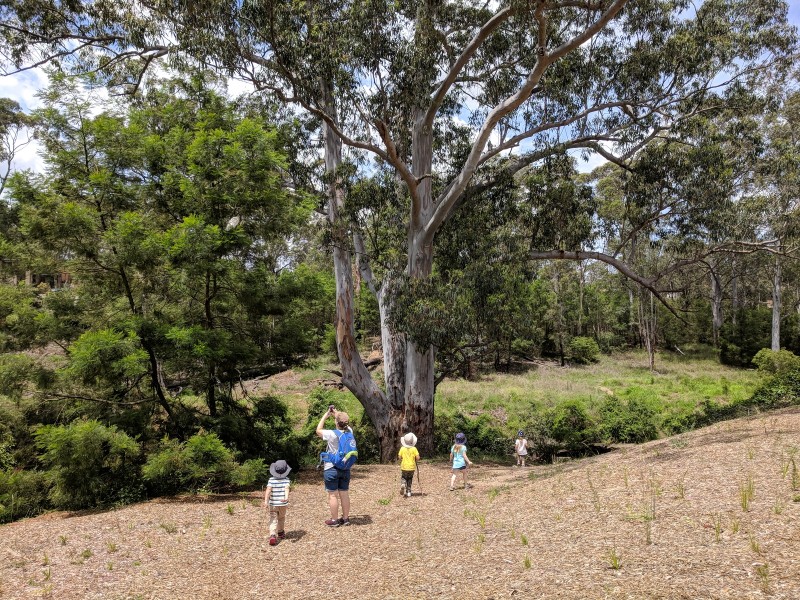 Once at the ‘water hole’, there are a number of spots to sit and soak in the sights and sounds of nature. 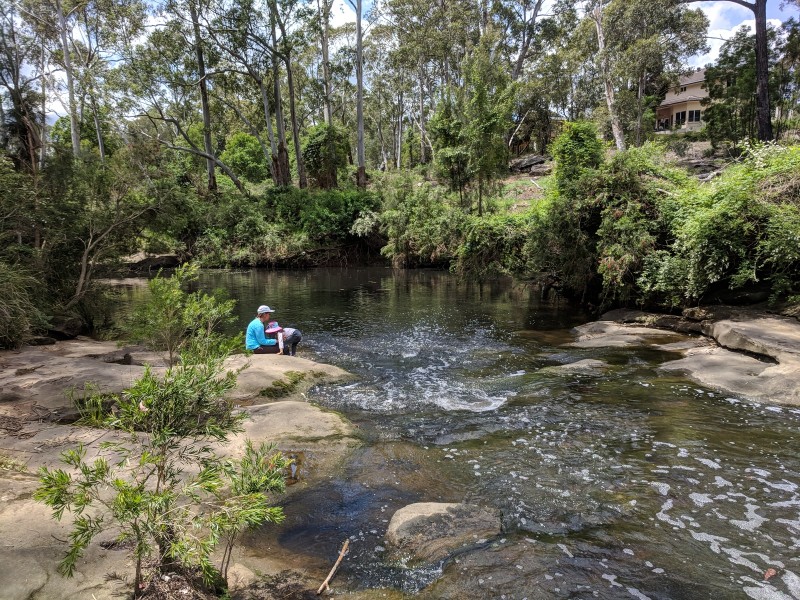 I just love listening to flowing water and putting my feet in the water! I could even see myself having a splash here on a hot day. 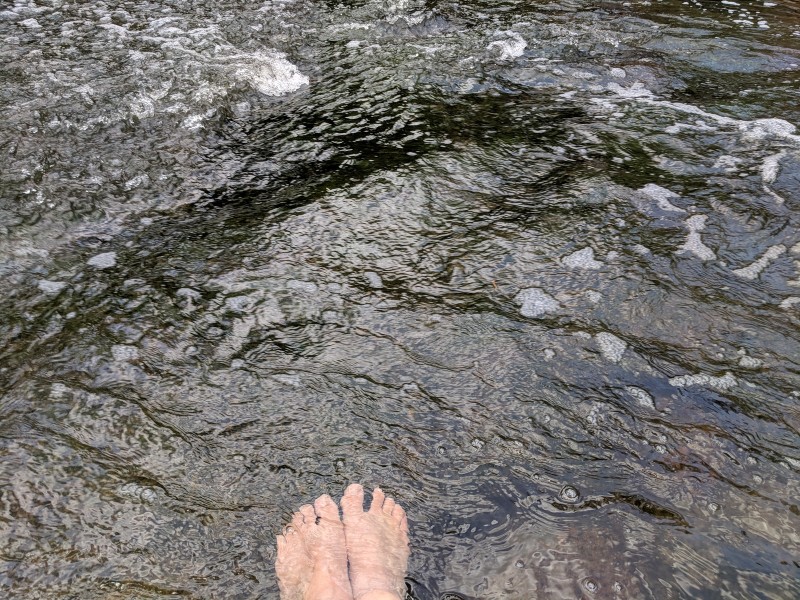 You can also cross the creek here to join up with the Pemulwuy Loop on the other side. 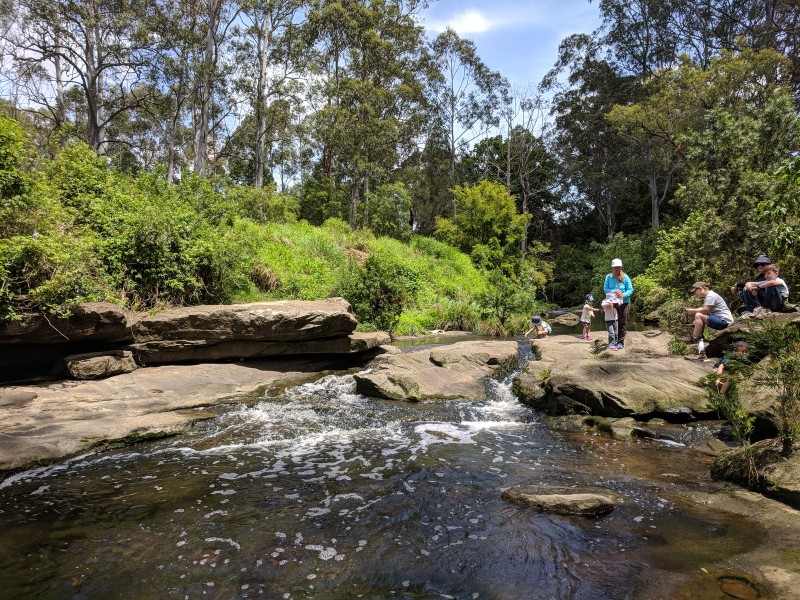 Keep in mind that the rocks near the creek can be slippery and the water flows more rapidly in some spots.

Settlers Walk – West of the Playground

If you are after a slightly longer walk, or your kids like walking to a playground, then head west from the playground along the paved path near the creek – so towards Oakes Road. You will come to a bridge that crosses Toongabbie Creek. From the bridge, we were able to see lots of eels swimming below.

Crossing Oakes Road, after the bridge, will bring you to the start of the Settlers Walk. This walk is basically like walking in a field and is pram friendly, except the entrance. 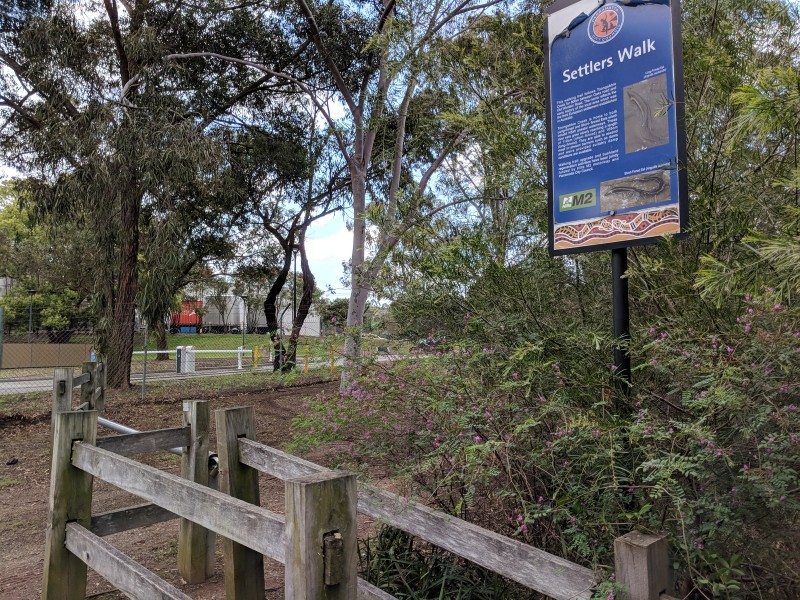 You can though lift your pram over the gate to the side of the walking entrance. The path is a mowed section of grass and fairly flat.

Settlers Walk goes along Toongabbie Creek to Reynolds Park (about 1km away) and then continues to Toongabbie train station.

The castle playground and scooter/ bike track at Reynolds Park are great fun. Plus there are BBQs and picnic tables. And thankfully toilets will be built here in the coming year or so. 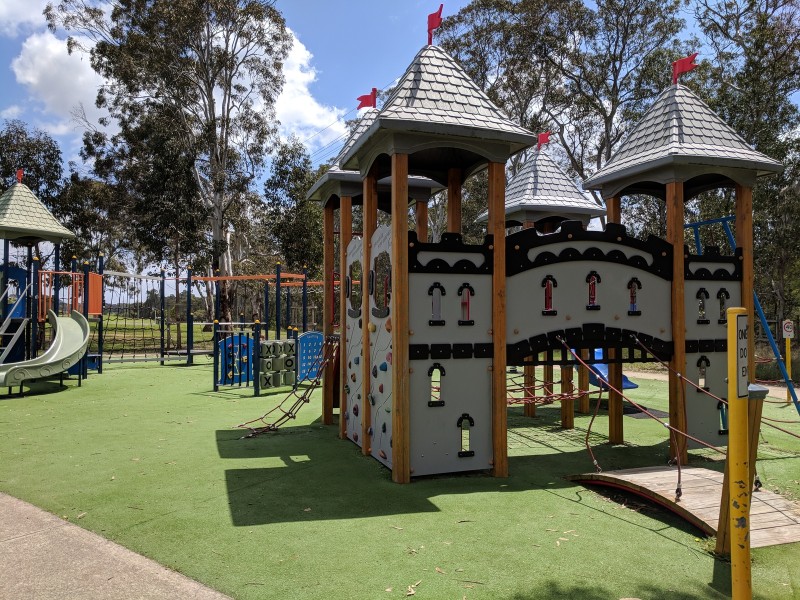 I had hoped you could get to Palestine Park playground along the Settlers Walk, as it is about half way between Third Settlement Reserve and Reynolds Park. But unfortunately there is no creek crossing. The slightly longer walk to Reynolds Park is though doable with preschoolers and up.

There is a nice toilet block near the playground, with a change table in the wheel chair accessible toilet. 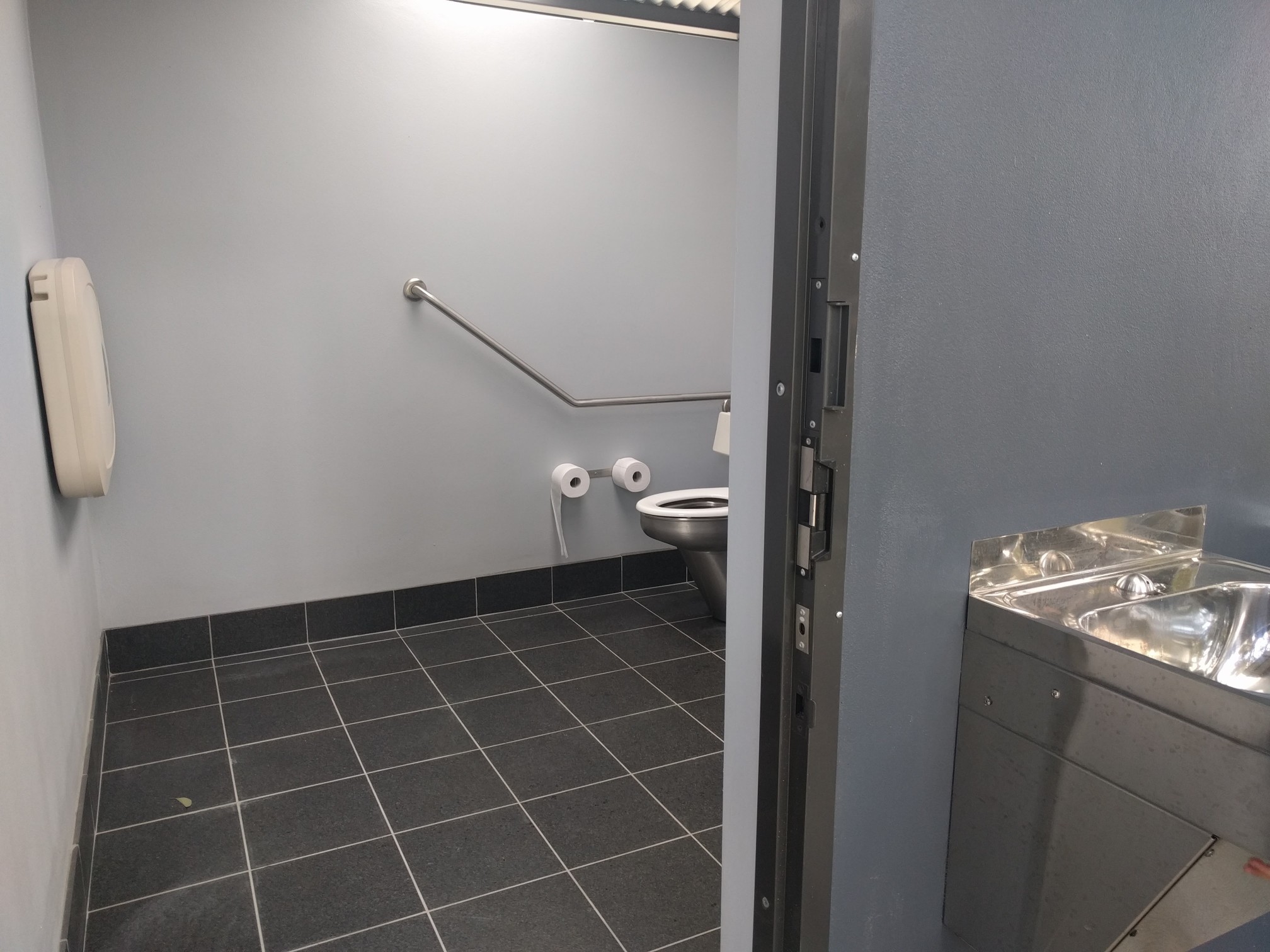 There is a bubbler in between the toilet block and playground and picnic tables throughout the park.

And you will find BBQs near the Girl Guides and Scouts Halls, about 300m east of the playground. 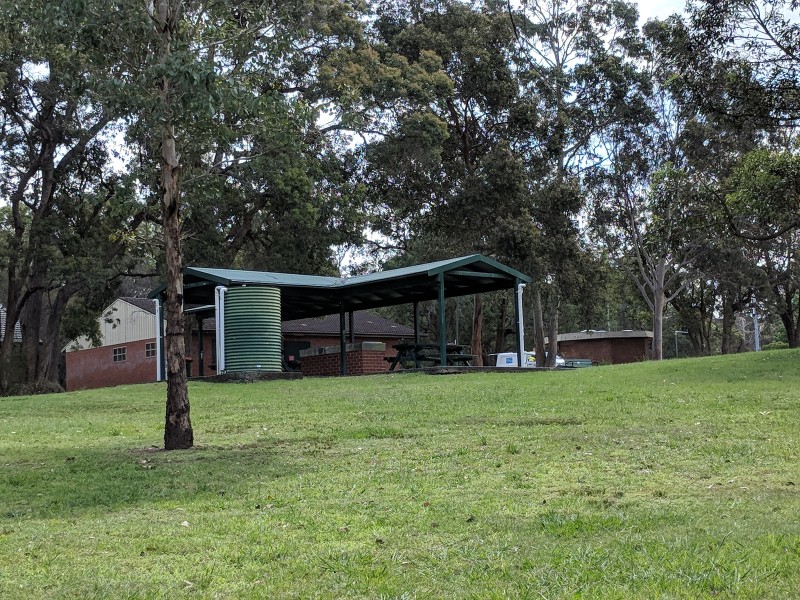 Third Settlement Reserve also has netball courts and basketball court. Plus Scout and Girl Guide halls that can be booked.

The playground is best accessed from Edison Parade, near Oakes Road, where you will find street parking. You could also park on Peter Parade if you wanted to access the park from the other side.

Bus 606 (Parramatta to Winston Hills) stops nearby, plus the park is a 600m walk from T-way on Old Windsor Road. 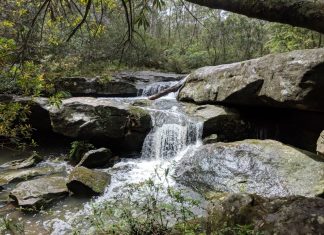