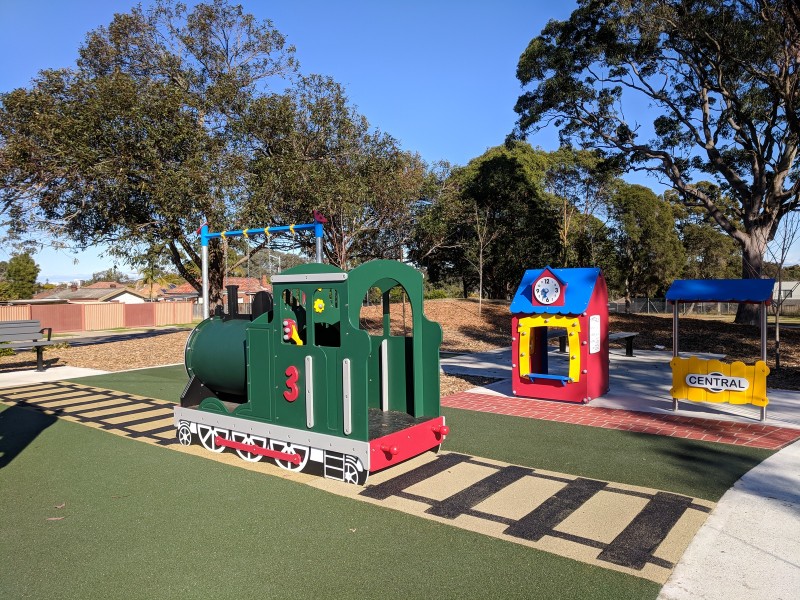 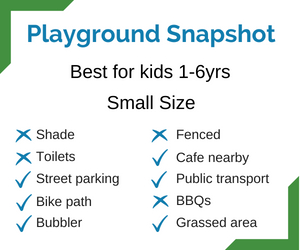 We were over the moon to finally see the fences down around the new playground today. And even the rain wasn’t going to keep us from having a little play! You see construction started back on 12th March and the playground has sat there almost finished since May. So for 5 months I have had to explain to my kids EVERY SINGLE DAY why they can’t play there… my patience was definitely wearing thin! But what a great improvement on the old playground.

The new playground has a train theme and the centre piece is a cute train, which is on a softfall train line. Next to the ride on train is a ticket booth with the train times. 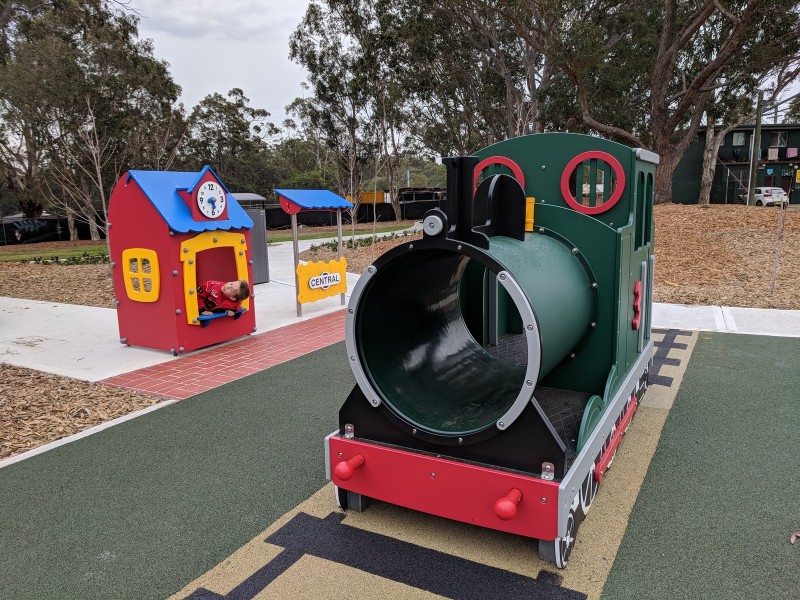 Plus there is a climbing play gym with tunnels, slide and a spider rope climbing wall. The tunnel though is more for kids 4 years+ seeing it is high and would be easy to just fall out the end.

There is also a swing set with a toddler seat. And a good sized grass area between the playground and fence along the train line at the back.

Next to the playground is a picnic table and there are also some seats. Plus you will find a bubbler and small path through the park good for riding on. Keep in mind that there are no toilets at the park, nor at the train station unfortunately.

Just around the corner, at the Dundas shops, you will find a take away burger and chips place, bakery, chemist, post office and pizza take away. About a 5-10 minute walk away, on the other side of the train line is the Bells Road Social cafe next to Fred Robertson Reserve. And further up Calder Road is the Big Tree House Cafe.

You will find Winjoy Reserve just behind the Dundas shops, and right near Dundas train station. There is parking in between the reserve and back of the shops, as well as in front of the shops. And you can also get there by bus along Kissing Point Road.

Have a train obsessed little one? Then make sure to take them along to these other playgrounds with train themed play equipment. Plus, go on a little train adventure. 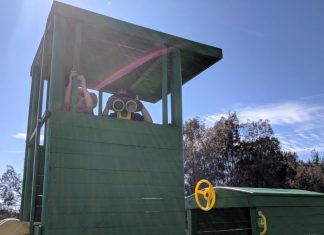 Find the Right Playground for Your Family