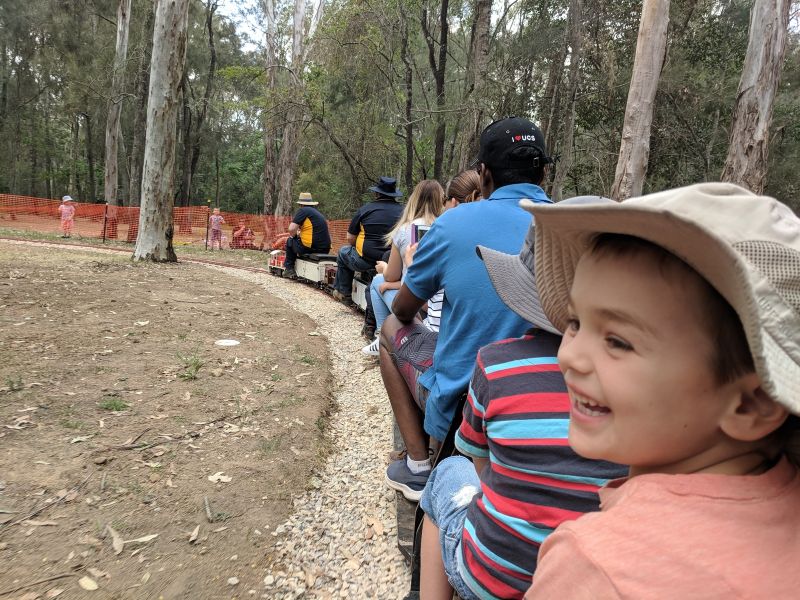 They say good things come to those who wait…. but there’s usually a whole lot of persevering as well! Such is the case with Nurragingy Miniature Railway, that has been in the works for a few years now. As a labour of love by a group of volunteers, it has taken a while to get sufficient funding to make their dream a reality. Thanks to winning one of the recent NSW Government My Community Projects, the railway construction got a much needed push along. And the Nurragingy Miniature Railway officially opened on 17th November with much community excitement! It will now run on the 3rd Sunday of the month.

My train loving boys and I have been eagerly keeping a eye on progress over the last year or so. And just had to pop out to ride the new rails when they opened. But be warned, there’s currently no signage to help you find the railway in the park so make sure to follow our instructions below! 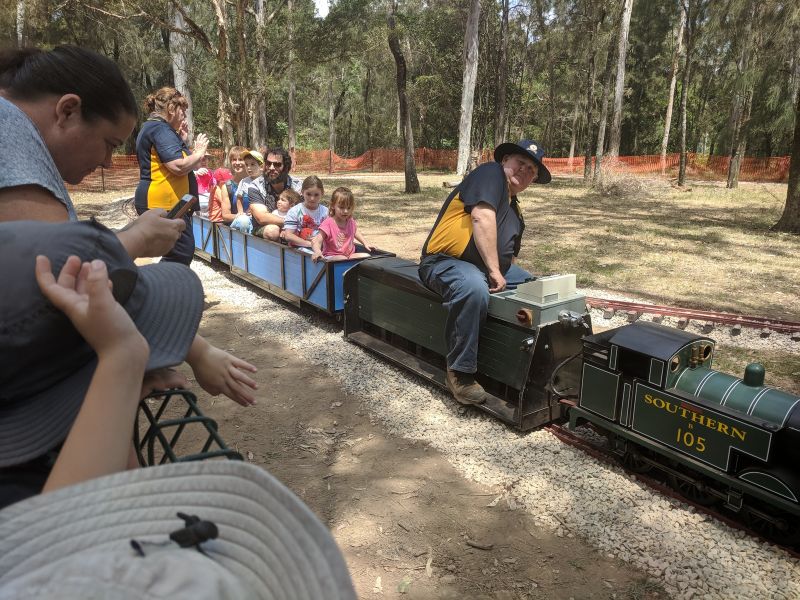 Now the thing that first struck me was the warmth, enthusiasm and sheer size of the group of volunteers behind Nurragingy Miniature Railway. They were clearly just as excited about the opening (well probably more) than the hundreds of families that visited on day 1. Volunteers walked the queue chatting with people excitedly waiting their turn, providing handy information on the development of the track and what’s to come. 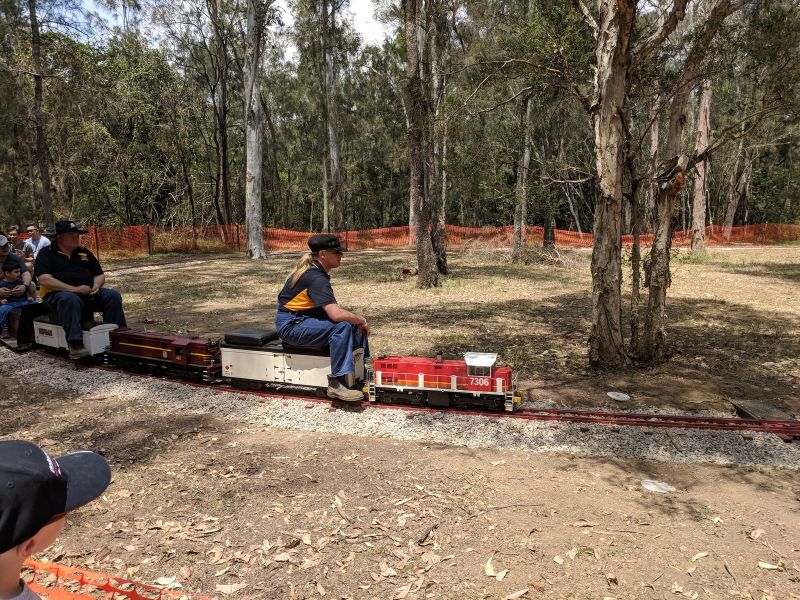 At the moment, just stage 1 is open, which is 100m of track. They had two mini trains running on opening day. And due to the bushfires and fire bans, they only ran electric trains – not the steam trains that they would normally run.

Stage 2 will include a 300m extension of the railway track to go up to the toilets. Plus a railway station. Then there are bridges and tunnels to be added. The ultimate goal, as expressed by Blacktown City Mayor when officially opening the railway, is to have the railway go to all key attractions within Nurragingy Reserve. Becoming a fun way to get around the park!

There’s no entry fee to Nurragingy Miniature Railway. But everyone needs a ticket to ride the trains. You buy tickets at a marquee, until the ticket booth and train station are built. It’s $3 per person and EVERYONE MUST wear enclosed shoes – even little kids. The tickets can be used at future open days as well. 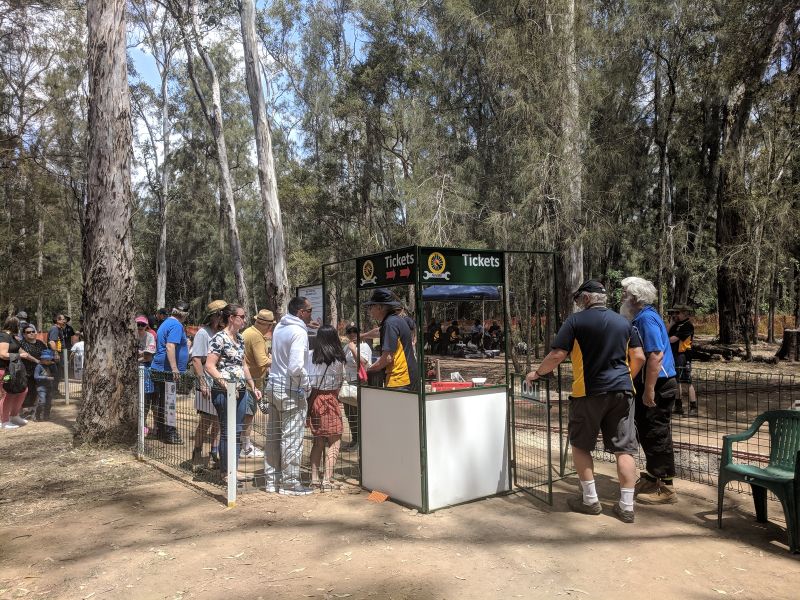 After getting your tickets (which can be used on future running days), you line up for a ride of the trains. We had to wait about 15mins the first time around (just before 12pm). And then only about 10mins when we went back for a second ride after lunch at the kiosk. I was expecting longer waits to be honest, particularly seeing our post about the opening had reached close to 80,000. But thankful it was pretty quick! 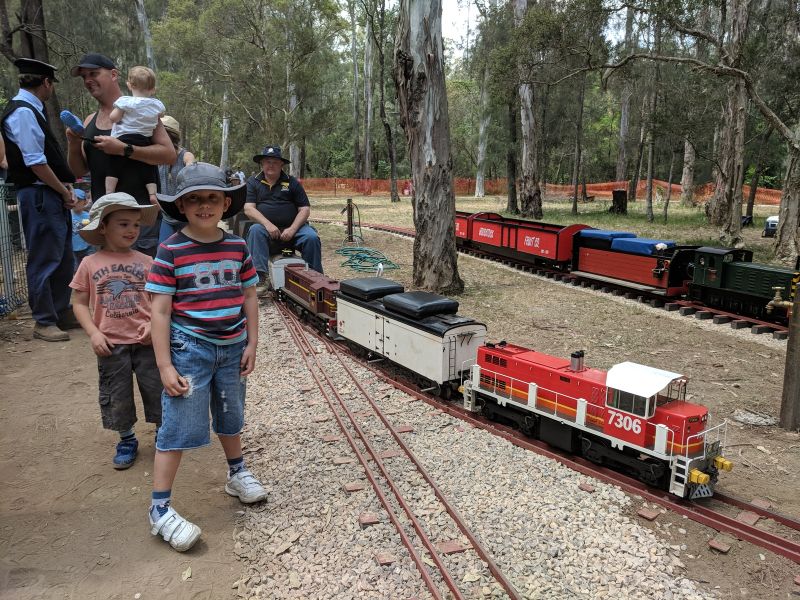 There are places to park your pram and spread out a picnic rug. On the first day, there was a steady flow of people. But unfortunately a lot of people weren’t able to find the mini trains, which kept the lines a bit smaller I imagine. 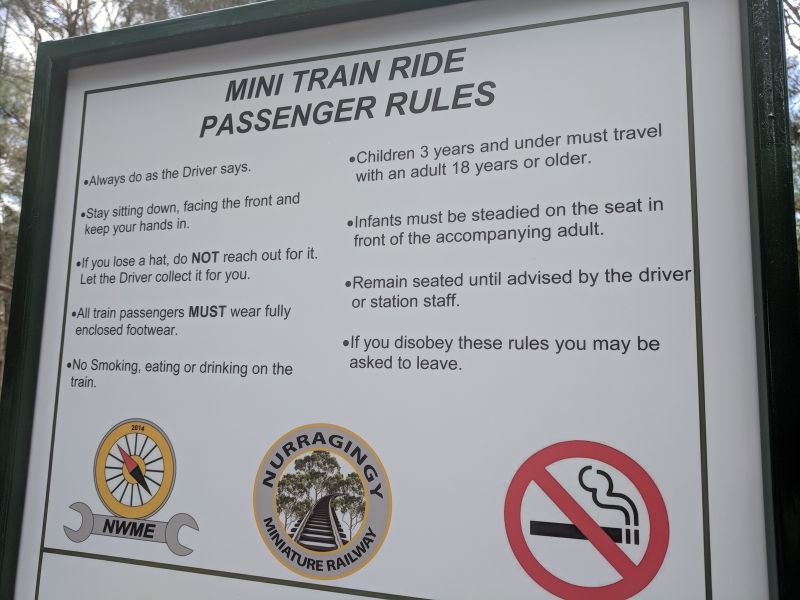 We went around the track about 3-4 times and I thoroughly enjoyed the squeals of delight from my two kids. We’re definitely looking forward to going back when the track has been extended.

We love the bush setting and really enjoy visiting Nurragingy Reserve as it is. So the new fun mini trains are the cherry on the cake! 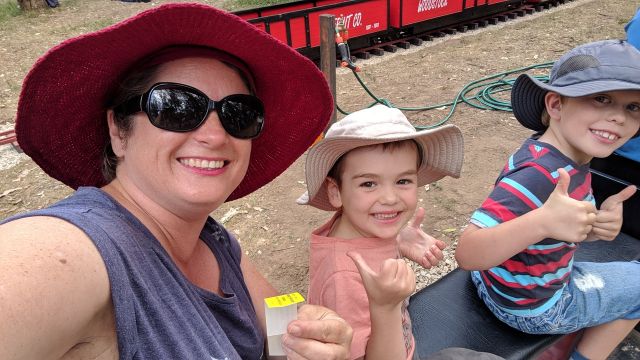 Remember, Nurragingy has a LOT to offer families and is very popular on weekends. There are so many picnic areas with playgrounds, plus the gorgeous Chinese Gardens, a fun water playground and the kiosk to round out the day.

The new mini trains are at Nurragingy Reserve in Doonside. Not far from Bungarribee Park, the new Sydney Zoo and Featherdale. The main entry is via Knox Road.

We recommend going left at the roundabout when driving into Nurragingy Reserve and parking near the water playground. Then walking over to the railway. But there are lots of other ways to access the miniature railway (see map below). 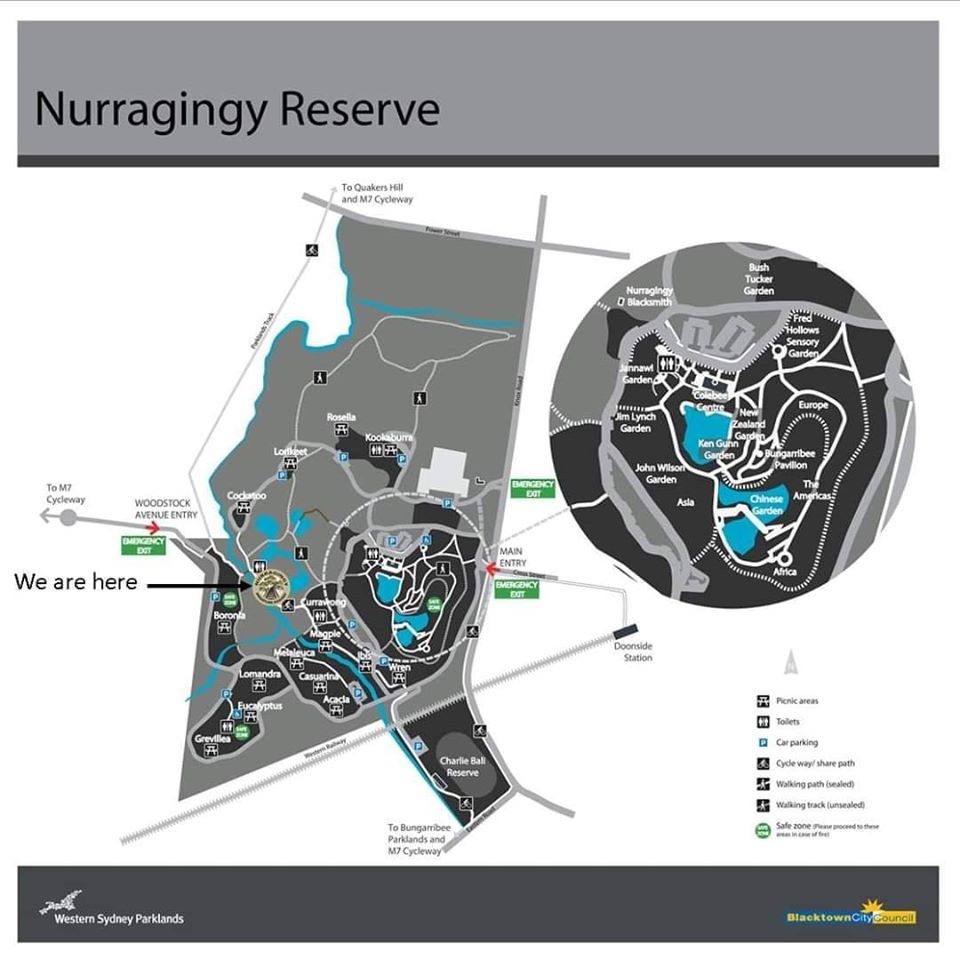 Unfortunately there isn’t any signage at the moment in Nurragingy Reserve directing you to where the trains are. So unless you know the reserve well, it can be hard to find and we bumped into a good number of people who were lost.

The railway is west of the water playground (which is behind the waterfall), along the green Parklands track just past the Magpie Picnic Area. 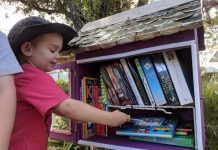 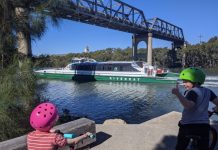 What’s On In February For Families | Parramatta Region 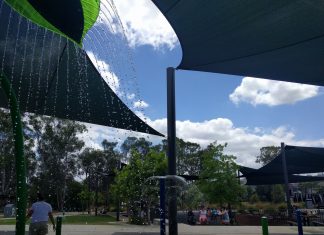