This is no April fools day joke! You can now walk, ride or push a pram along the north side of Parramatta River all the way from Parramatta Park down to Melrose Park from the safety of a dedicated pedestrian path and cycleway. The 350m escarpment boardwalk cost $18million and was co-funded by City of Parramatta Council and NSW Government. 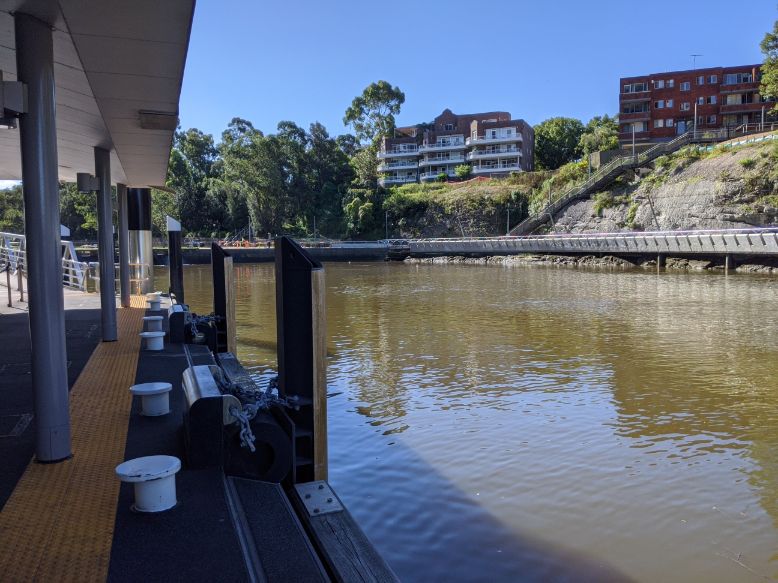 The new escarpment boardwalk starts from the Charles Street Weir, opposite Parramatta Wharf and at the bottom of the Queens Avenue stairs. And goes along the north side of Parramatta River until a little after the Gasworks Bridge on Macarthur Street.

The Parramatta Valley Cycleway, or Parramatta River Walk, then continues (mostly next to the river) for about another 5kms behind Western Sydney University, along the Subiaco Link, past Rydalmere Wharf and through George Kendall Riverside Park. It then connects up with the Ryde section of the River Walk, which you can continue, mostly off-road, down to Kissing Point Park.

As part of the new escarpment boardwalk project, two new stairs have been added to provide direct access to/ from Stewart Street and Macarthur Street. 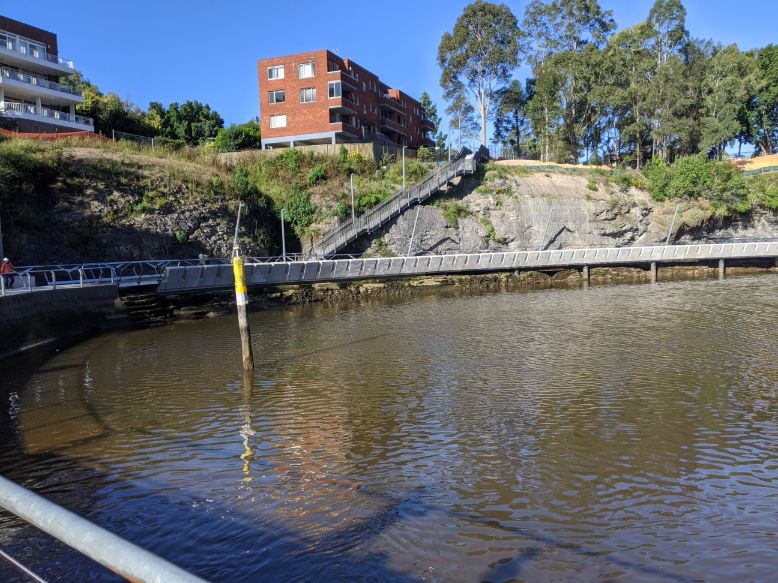 At about an average of $50,000 per metre, it’s definitely not been a cheap exercise! But a hugely helpful connection for the millions of people who cycle and walk along the river and live nearby.

It’s wonderful that everyone from little kids in prams to cyclists and people out for a nice walk can now enjoy the river so much more easily. My hope is that the more people enjoy time by Parramatta River, the more they will care about it.

Sadly though it did get damaged before it had even opened, with the heavy rains and flooding in March. When we visited at the end of March, a number of construction workers were very busy making the final repairs and finishing touches.

The escarpment boardwalk is runs along the river from the Queens Ave stairs to just past the Gasworks Bridge. It can be access along the River Walk, from the Charles Street Weir and down the stairs at Stewart and Macarthur Streets.

There’s limited metered parking in the surrounding streets. But it’s opposite the Parramatta Wharf and a short walk from buses on Phillip Street. Plus you could also walk down from bus stops on Victoria Road. 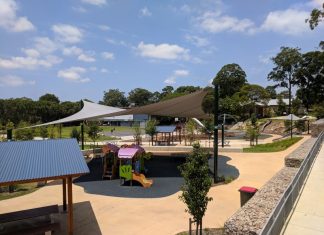