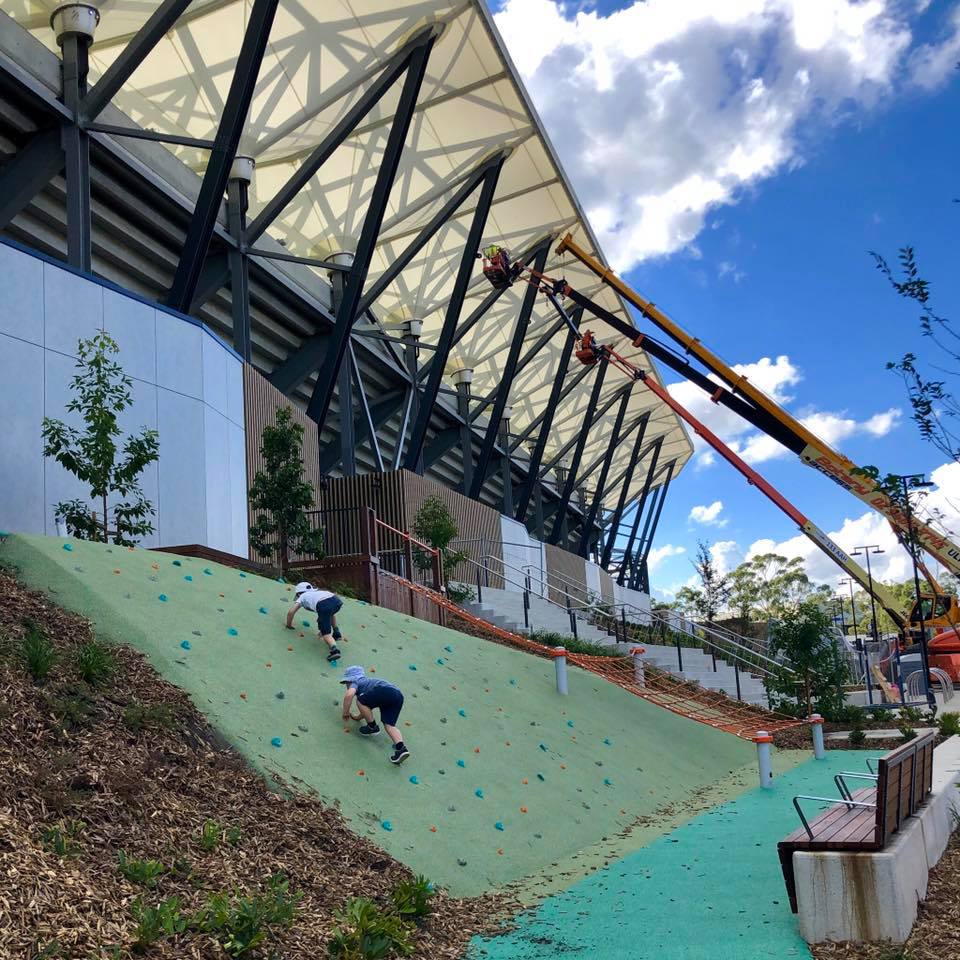 Parramatta has a BRAND NEW playground, with a big slide, just outside the Bankwest Stadium. Yes the new Parramatta Stadium and sadly where Parramatta Pool once was. 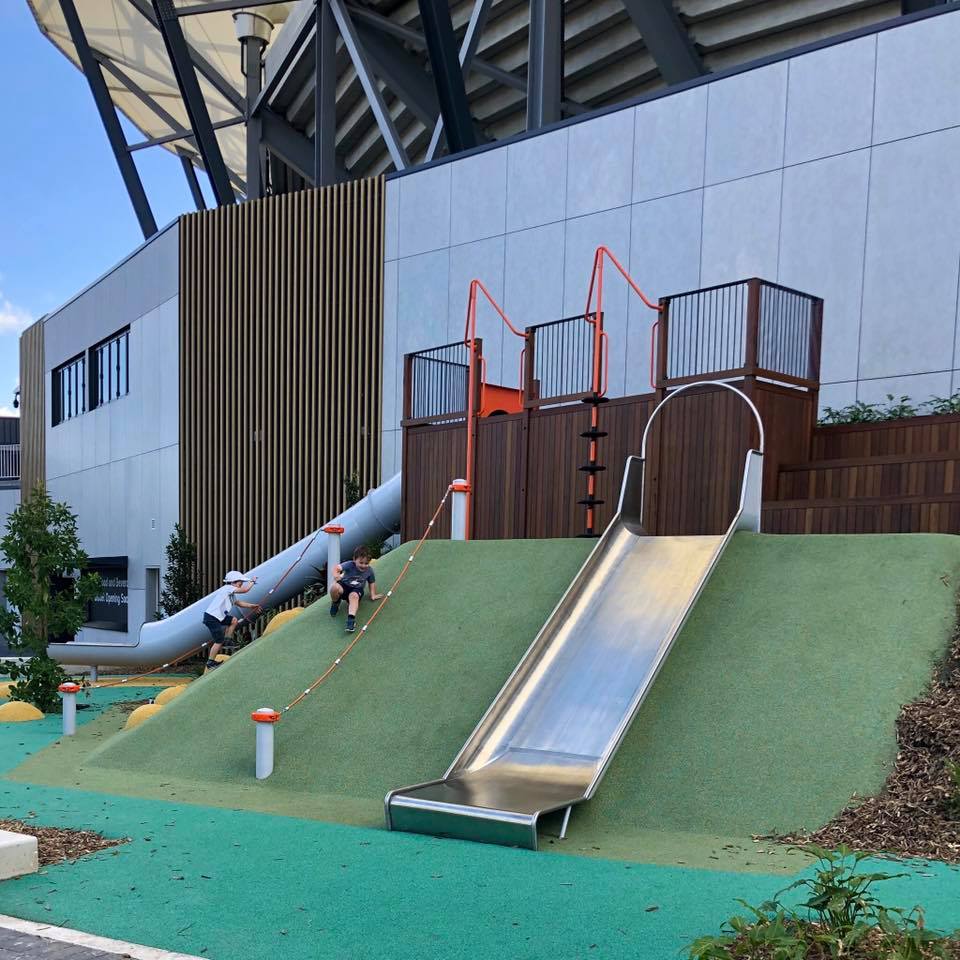 There are steep hills with rock climbing pegs, climbing ropes, a double slide, giant steps and a fire pole. 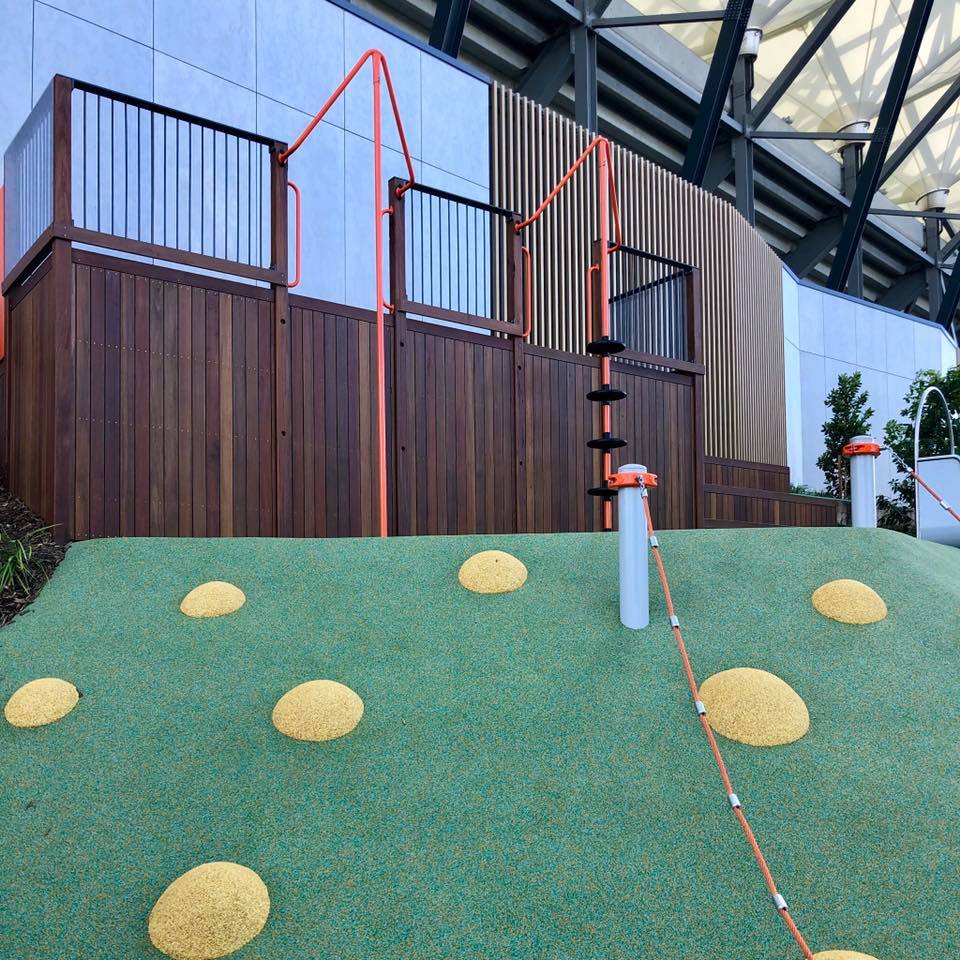 The playground gets lots of shade from the stadium in the afternoon. 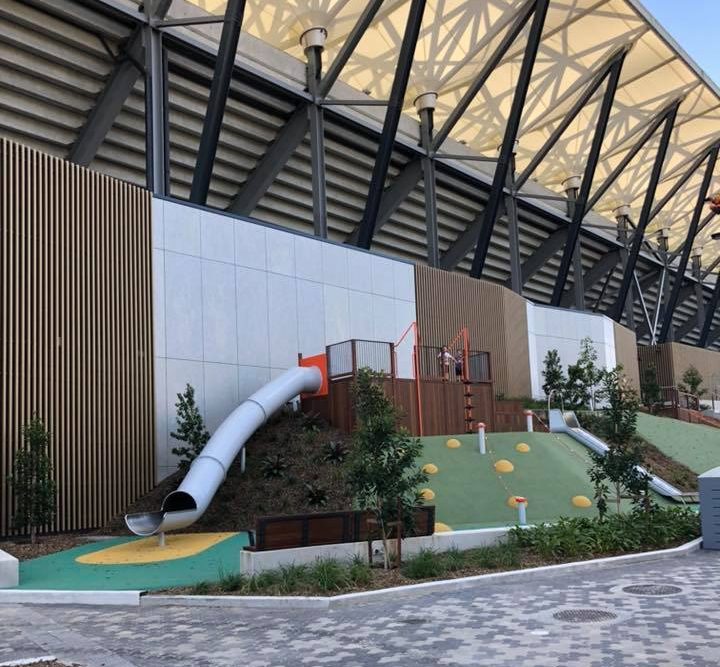 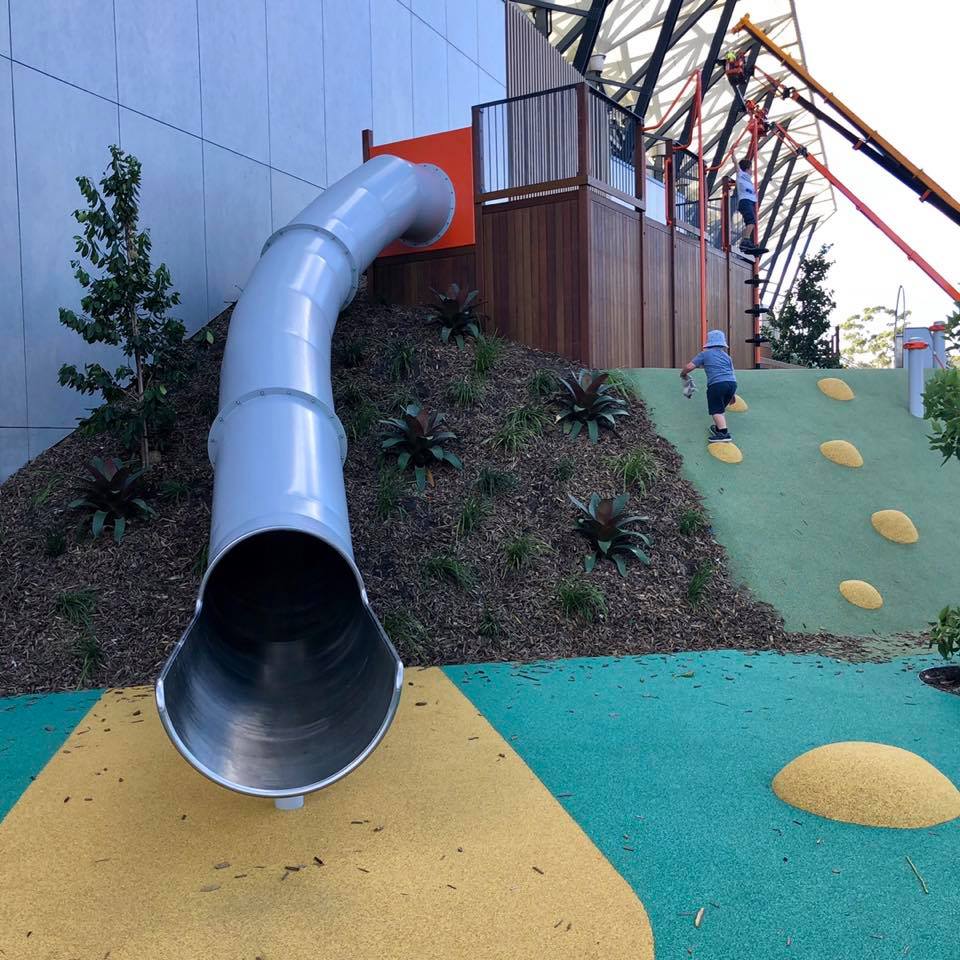 And in between the playground and the busy O’Connell Street is a couple of basketball courts and some fencing. But you’ll definitely need to be careful being so close to a busy road with little runners! 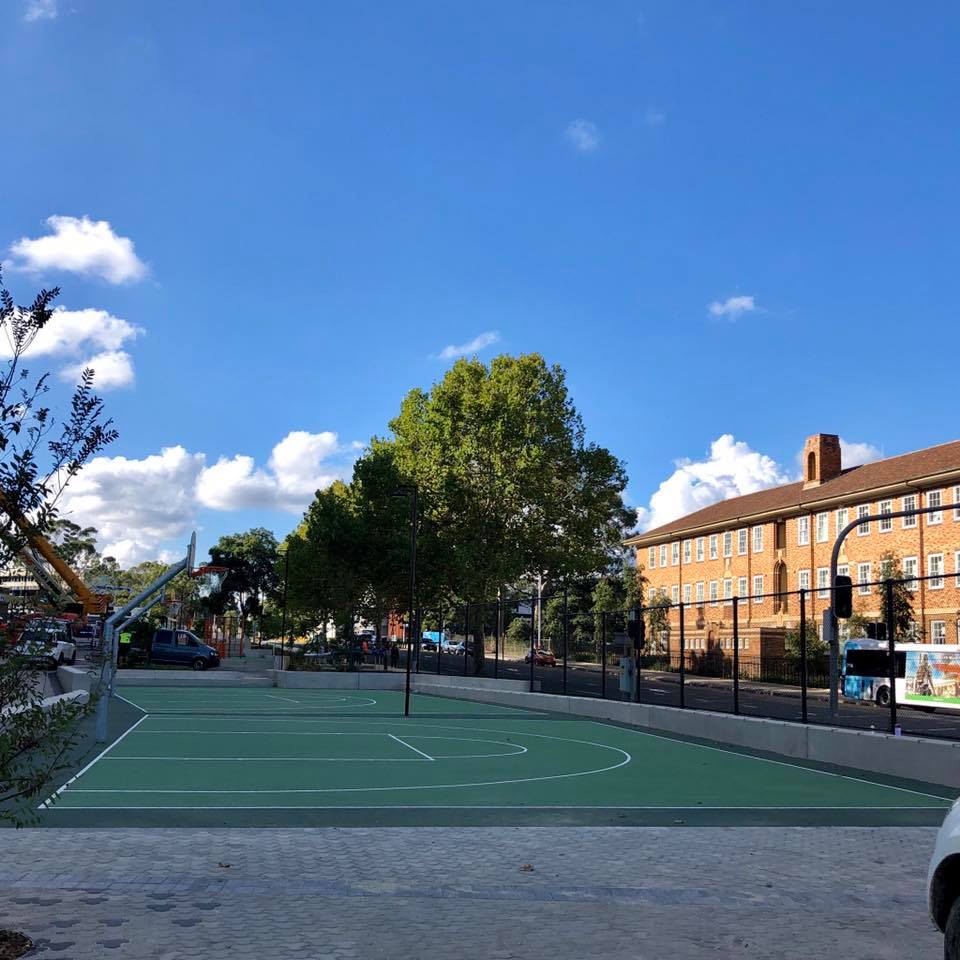 You might like to combine visiting the Bankwest Stadium playground with attending an event at the Stadium or Prince Alfred Square. As an add-on to your Parramatta Park adventures. Or after going to Parramatta Leagues Club.

It’s hard to miss the new Bankwest Stadium, particularly if travelling down Victoria Road. You’ll find it at the end of Victoria Road, on O’Connell Street. The playground is near Gate A, sort of where the old Parramatta Pool was.

There is a car park on O’Connell Street within easy walking distance of the playground, but it’s not free. Members of Parramatta Leagues Club can park there (conditions apply on game days). Or you can catch the FREE Parramatta Shuttle. 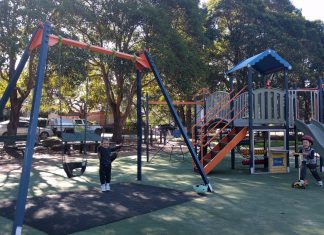