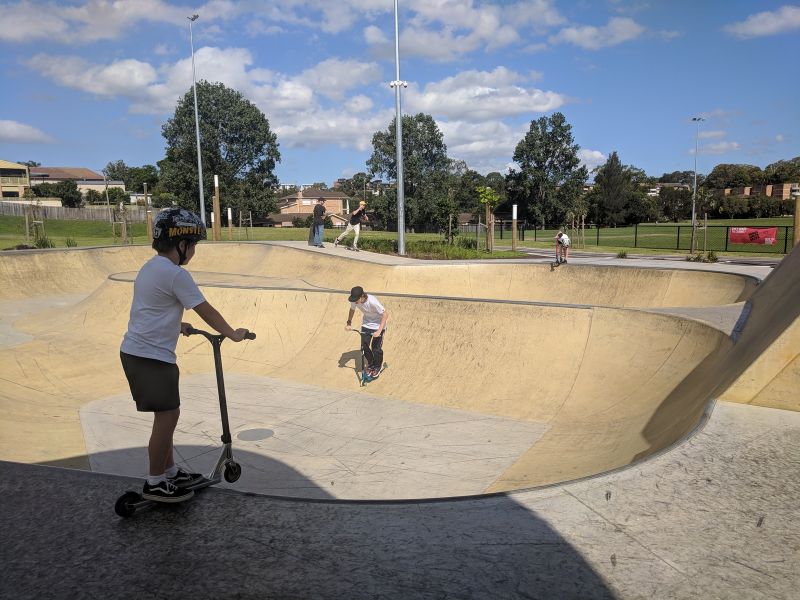 The large Meadowbank Park, along Parramatta River, has four playgrounds and an exciting youth space! All set amongst 10 sporting fields, tennis courts and netball courts. There are lots of path to ride and walk on, wide open spaces and picnic facilities, plus a nice breeze off the river. 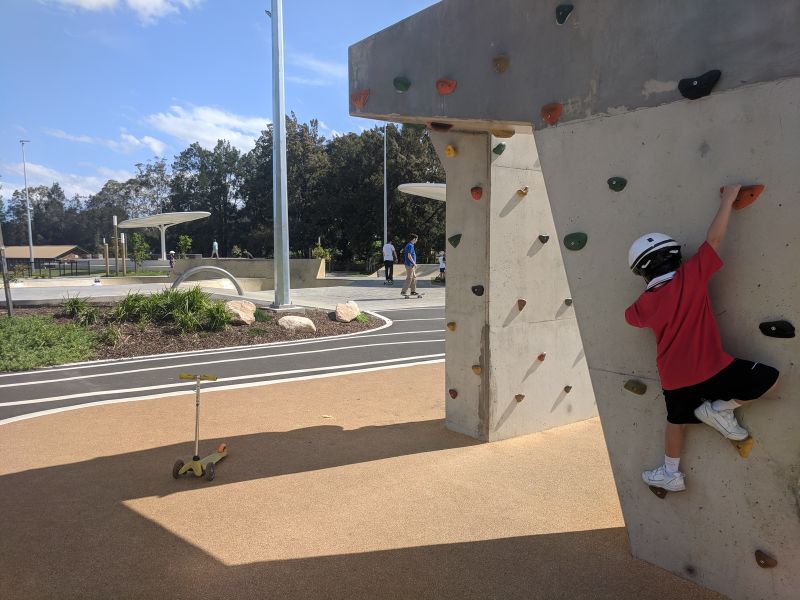 Meadowbank Park is easily accessed via public transport. And here’s a map showing the location of each of the playgrounds (blue marker).

There are very few outdoor youth spaces around sadly. So this Skate Park is very exciting for the area and young people!

If taking younger kids, there’s a small playground and sections of the skate park that they could use. Like the outer scooter/ bike path.

But it’s best to keep them out of the way of the older kids zooming around. There are though lots of spots to watch all the awesome tricks being attempted! Plus 3 other playgrounds in the park for younger kids. 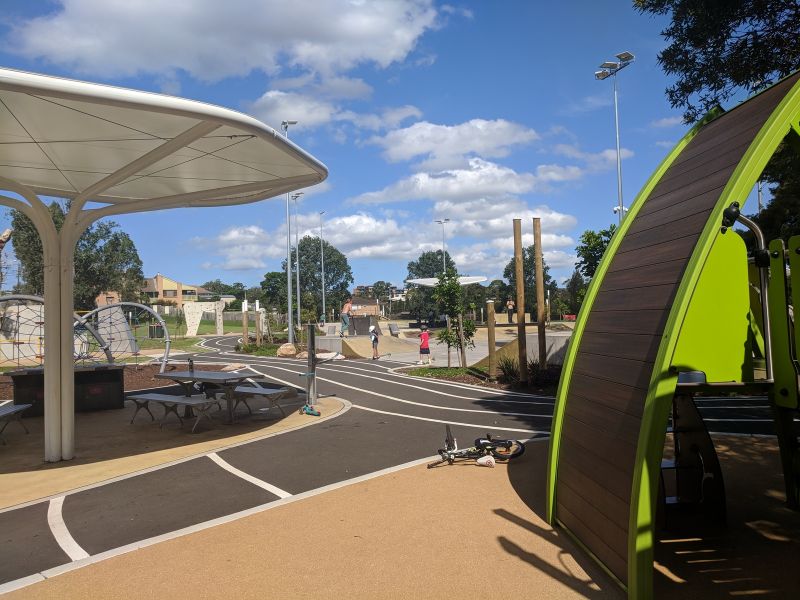 Sadly the largest and most popular playground at Meadowbank Park, next to the netball courts, at the end of Adelaide Street was significantly vandalised in February 2018. A temporary replacement opened in November (funded by insurance), as a new regional playground is scheduled to be built here in 2021.

There’s a lot more variety in the new play equipment, compared with the old playground, however the ground is now bark and the shade sails were not replace.

The second playground is at the intersection of Ross Smith Ave and Constitution West Road. It also has a shade cloth but is not fenced and has wood chip on the ground. It is best suited for preschoolers and early primary school kids.

On the west side of the park, opposite the Ryde-Parramatta Golf Club, is the fourth playground. It has a shade cloth over it, wood chip ground and it partially fenced. 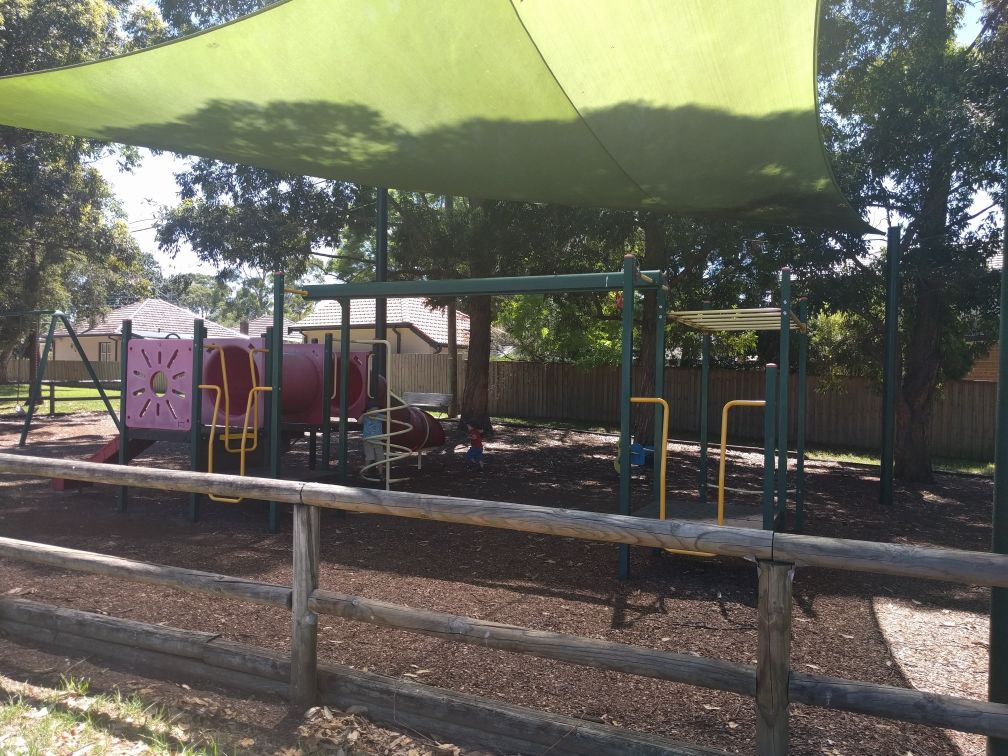 The park also boasts toilets, picnic tables, BBQs, netball courts and a great path along Parramatta River for walking or riding on.

Plus, there’s also a lot of on-site parking at the Adelaide Street entry and next to the Skate Park and Tennis Courts. As well as a few more spots at the Ross Smith Ave car park. But it can all fill up very quickly on the weekend when sports matches are being played.

The main entry to Meadowbank Park is at the end of Adelaide Street in Meadowbank. There’s off-street parking here as well as off Constitution Road, opposite Federal Road. Street parking is available near each of the other playgrounds. Though you are best to park at the end of James Street when visiting the Andrew Street playground.

You can also access the park along the Parramatta River path and get there by train to Meadowbank station, ferry to Meadowbank wharf or the 524 bus (Parramatta to Ryde).

5Places of Interest Nearby 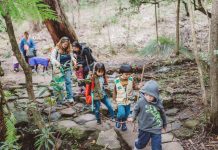 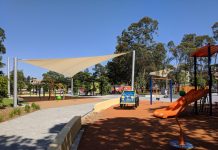 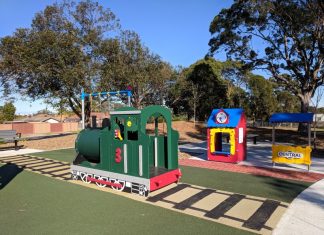