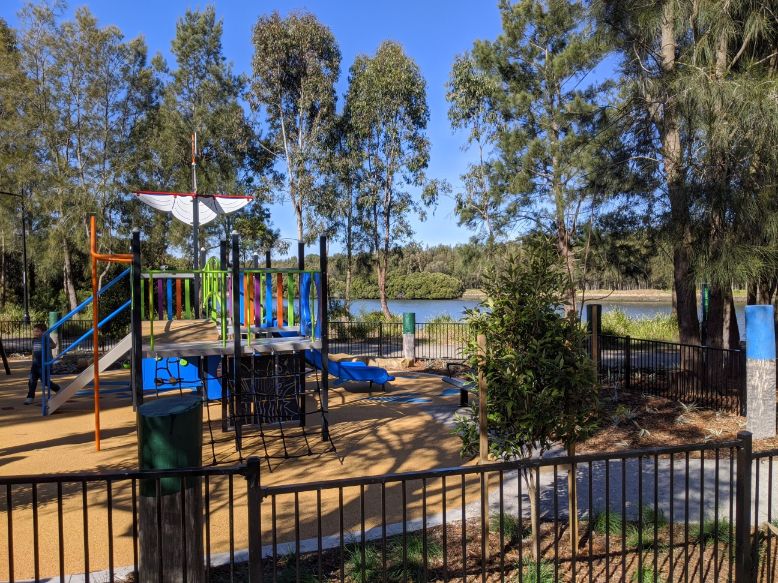 River Park is a great little fenced playground by Parramatta River on Arista Way in Ermington. It was originally built as part of the Defence Estate along the foreshore and is between Halvorsen Park and the large George Kendall Riverside Park.

After being closed for well over a year, it finally open for play again in late June 2021 – with a brand new playground! 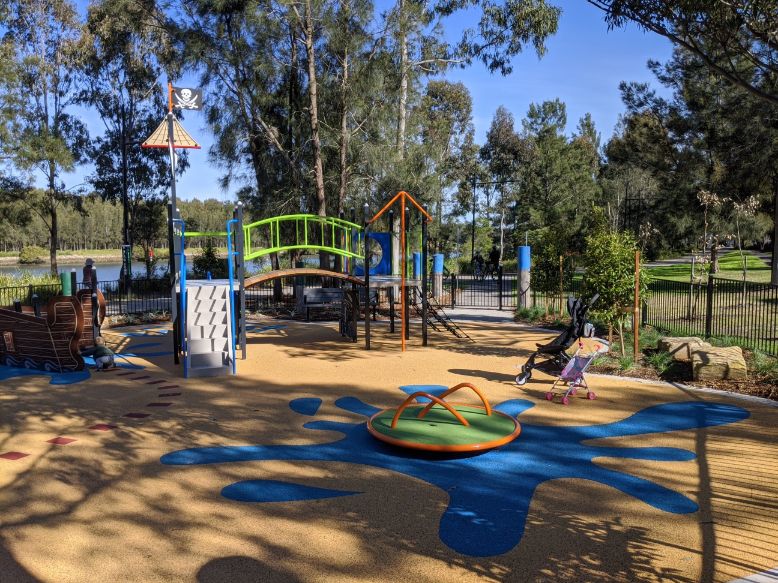 This park holds a lot of memories of when I had two kids under two. When we spent a lot of time here so my toddler could safely play while I looked after my new born. The kids have always loved the pirate/ boat themed equipment and being able to watch the ferries go by on the river.

The new playground is best suited to kids 2-6yrs and has:

There’s also a path to find ‘buried treasure’… though just make sure no one’s swinging on the nest swing when your kids set off on the path! 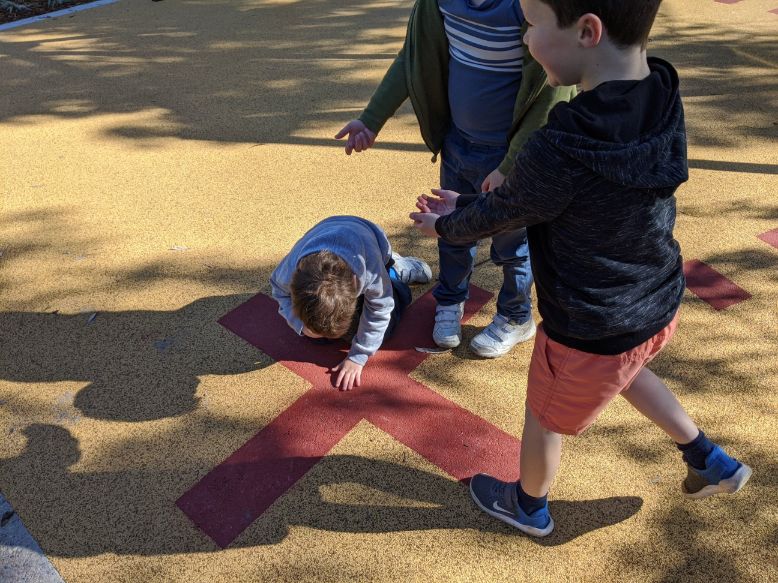 There’s a good deal of natural shade but it’s still not a playground to enjoy on a hot summers day.

Aside from two park benches and a bin outside the fence, there isn’t much else at River Park. And sadly, the new seats are just looking at the play equipment and don’t look out to the river as well like the old ones. I’ve mentioned this to Council and hope a new seat will be installed. 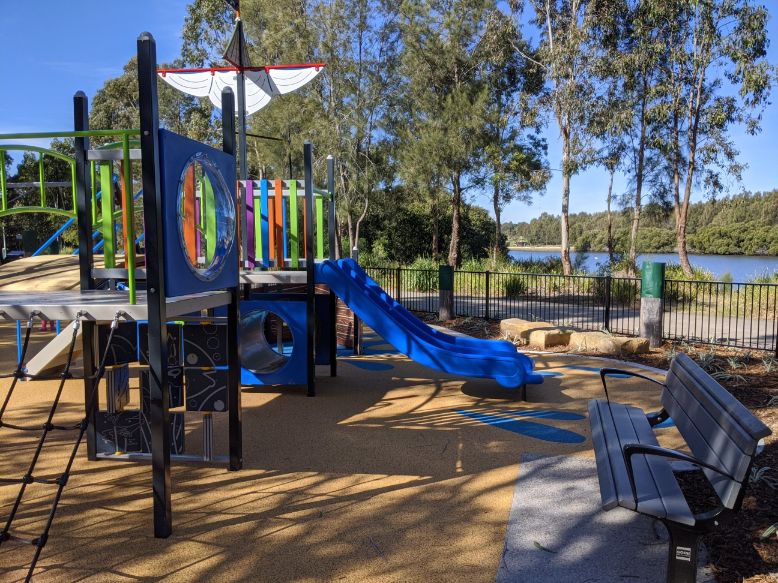 But the river walk/ cycleway does go right by the playground. Heading west, you can walk or ride up to Halvorsen Park (5mins away) and Cafe W next door. Or continue on to Rydalmere wharf (almost 2kms). Heading east, you will find George Kendall Riverside Park. There’s currently no bubbler near the playground and the closest toilets are in George Kendall Riverside Park. 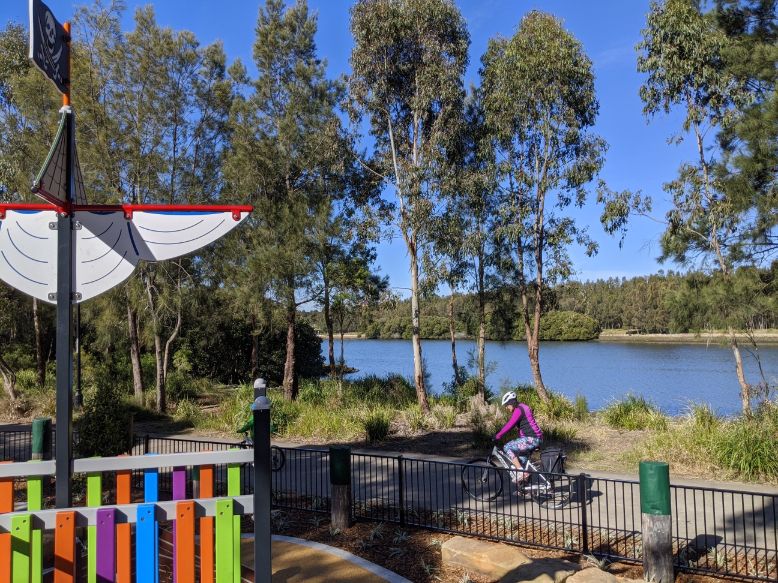 At the end of Spurway St (well this end is now called Broadoaks St), you will find Arista Way and River Park. There’s free on-street parking next to the playground or off-street parking off Broadoaks Street in George Kendall Riverside Park. 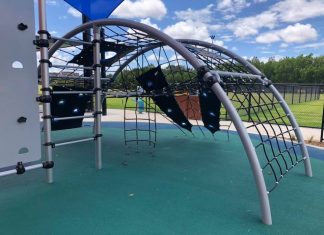