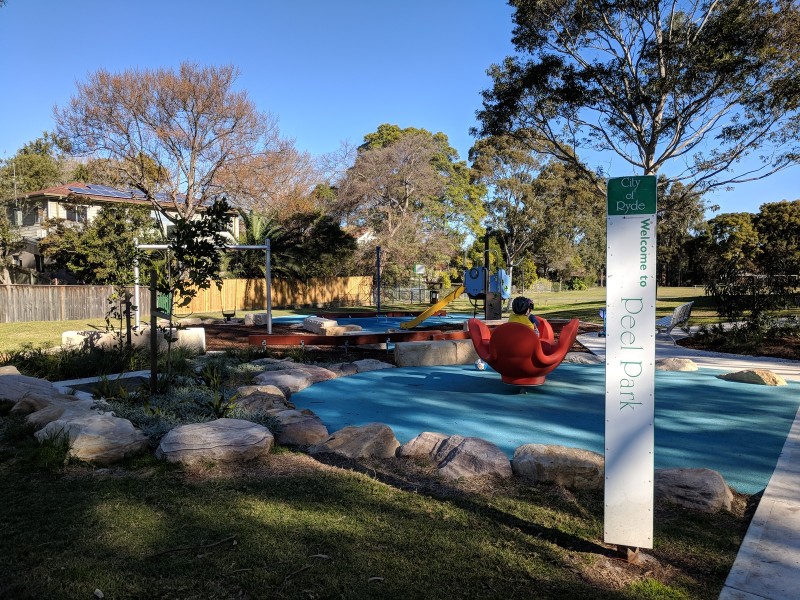 We didn’t know that there was a new playground at Peel Park until another parent complained that the sandstone blocks there were a potential safety hazard. But we have had the Glades Bay walk on our bucket list for a while. So when I realised the two were near each other, I couldn’t help but go exploring. I mean NEW playground and potentially ‘risky’ play had my attention – I like sandstone blocks at playgrounds.

The new small to medium sized playground was finished in early 2018 and has a lovely combination of nature based play elements and traditional ones. It is set well back from the road, near the toilet and club house. There is lots of natural shade over the play equipment for a large part of the day, though the playground is nice and sunny in the morning. 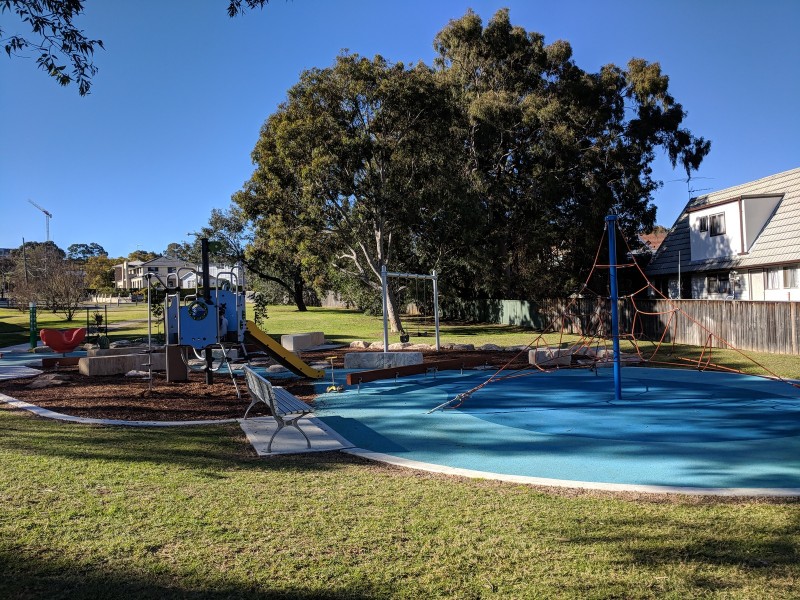 It’s hard to go past the four seater flower spinner at the front of the playground. And my boys spent a fair amount of time there. 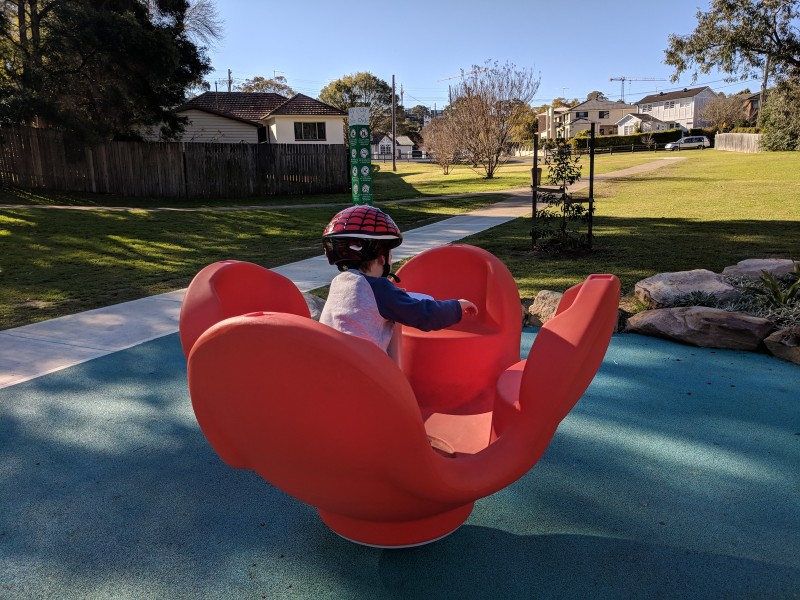 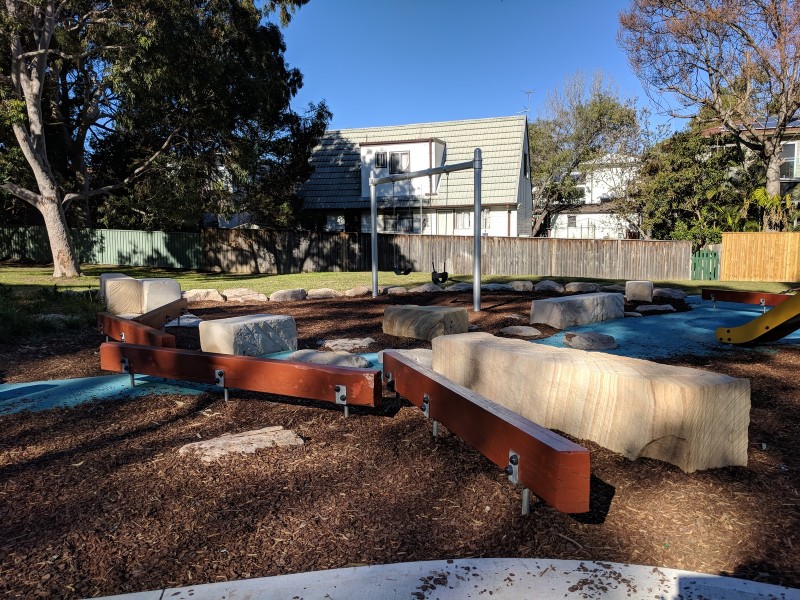 Within the playground, there is also:

There are two park benches and the sandstone blocks for parents to sit on. Plus, near the playground is a bubbler and toilets. It would be fabulous to see a picnic table or two added as well as some BBQs. 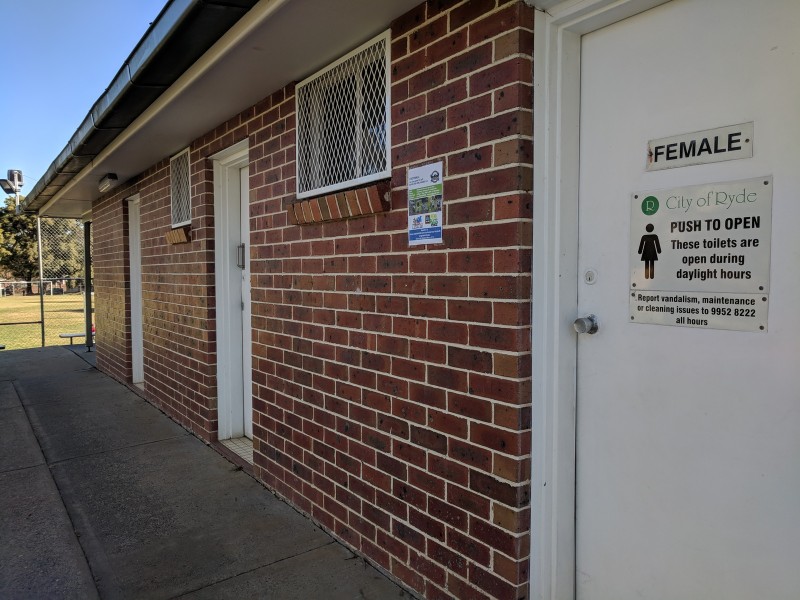 From Stanbury Street, there’s a path that goes the length of Peel Park that is great to ride on. It passes by the playground and then goes behind the toilet block and along the fenced soccer field, which also doubles as a dog off-leash area.

We set off on this path and when we reached the car park, on the other side at Morrison Road, noticed that there was another park across the road. So we continued on to Bill Mitchell Park. And hoped that we would be able to reach Glades Bay walk without having to go back to the car and driving down.

Thankfully we found Ryde Council grounds staff at Bill Mitchell Park who confirmed we were heading in the right direction and gave us some important pointers. And oh my golly gosh, Glades Bay is a stunning spot along Parramatta River! 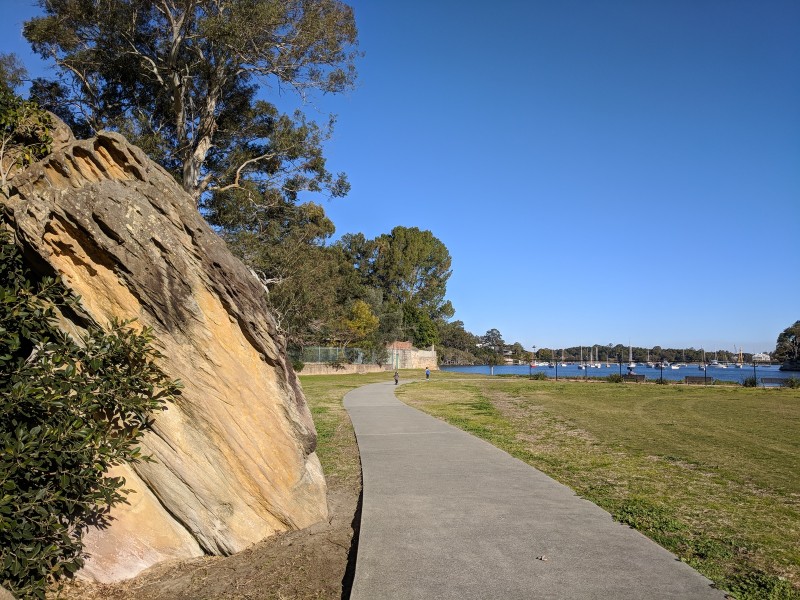 When walking across from Peel Park, keep walking through Bill Mitchell Park, which has a car park, sports field and toilets. On the left hand side, towards the water is the start of the Wulaba Track. And at the waters edge there are a series of park benches to sit and enjoy the view from. 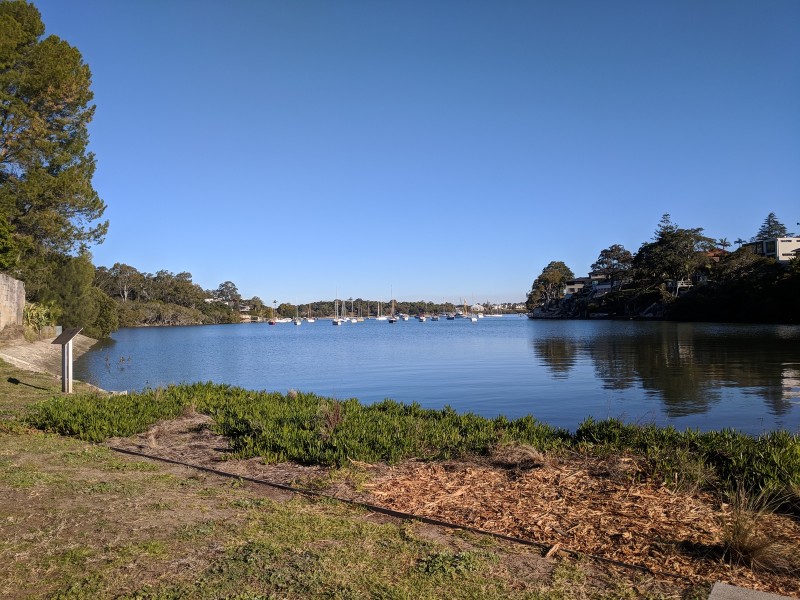 But don’t make this the end of your adventure…there is a gorgeous hidden gem just waiting to be explored around the corner! The Wulaba Track is a boardwalk that takes you along Parramatta River, through the mangroves, to Glades Bay Park. And this hidden gem has some great surprises for kids tucked inside. Read more about Glades Bay and Wulaba Track here. 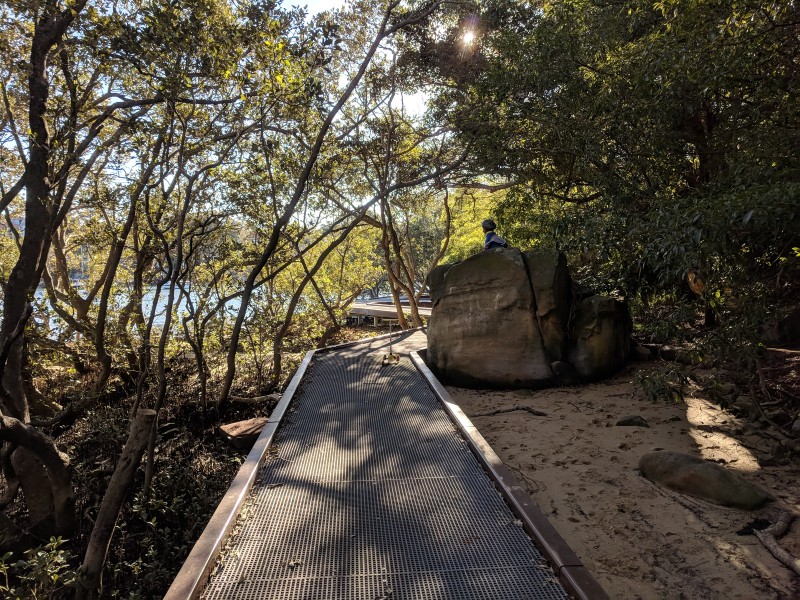 Peel Park is about 14kms down Victoria Road from Parramatta. It is not far from Ryde Aquatic Centre and Gladesville shops. 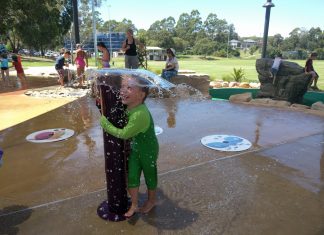