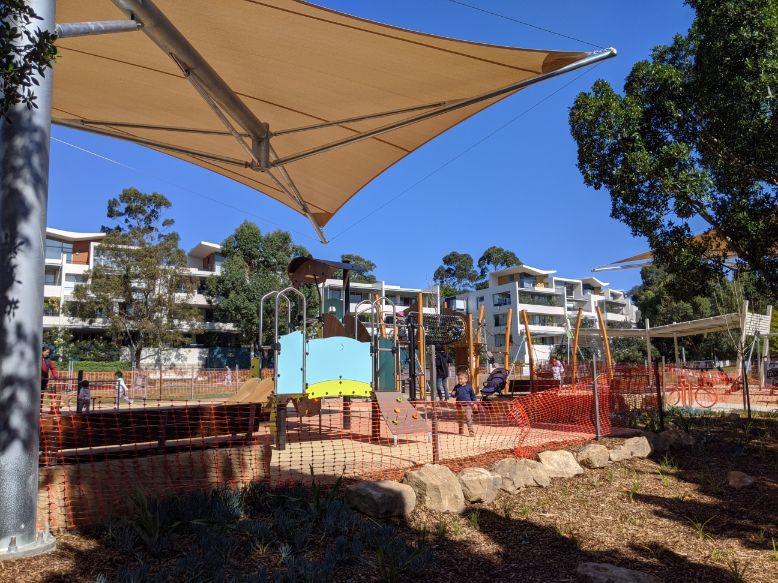 It was a lovely surprise to find Pierre de Coubertin Park right near Newington Marketplace when we first visited the Newington Markets a few years ago. Until then, I had only been to Newington for dinner and hadn’t ever noticed the park or its playground in the dark!

Pierre de Coubertin Park ticks a good number of boxes for a park to visit There’s a brand new playground with shade sails (over some of it), plenty of grass to run around on, fenced dog off the leash area, cafes nearby and toilets across the road the Newington Marketplace.

Fences came down from around the newly upgraded playground on 24th September. Just in time for the school holidays – yay! Here are some photos – and we’ll write up a review soon.

And for comparison, here are photos of the old playground.

Pierre de Coubertin Park is a good alternative to the nearby and very popular Blaxland Riverside Park, if you are looking for a local, less busy playground and one better suited to little ones. It’s also nice to visit after some shopping at Newington Marketplace or the Newington Markets.

There are a number of cafes and restaurants nearby, including Coffee Cartel that has a nice courtyard space.

The park can also be reached by bus. The following buses stop near Newington Marketplace – 525 (Parramatta to Burwood), 526 (Sydney Olympic Wharf to Burwood), 540 (Auburn to Newington), 544 (Macquarie Centre to Auburn). 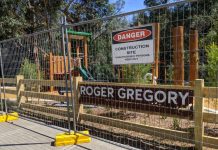 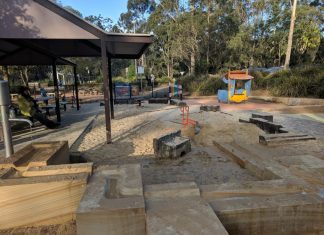