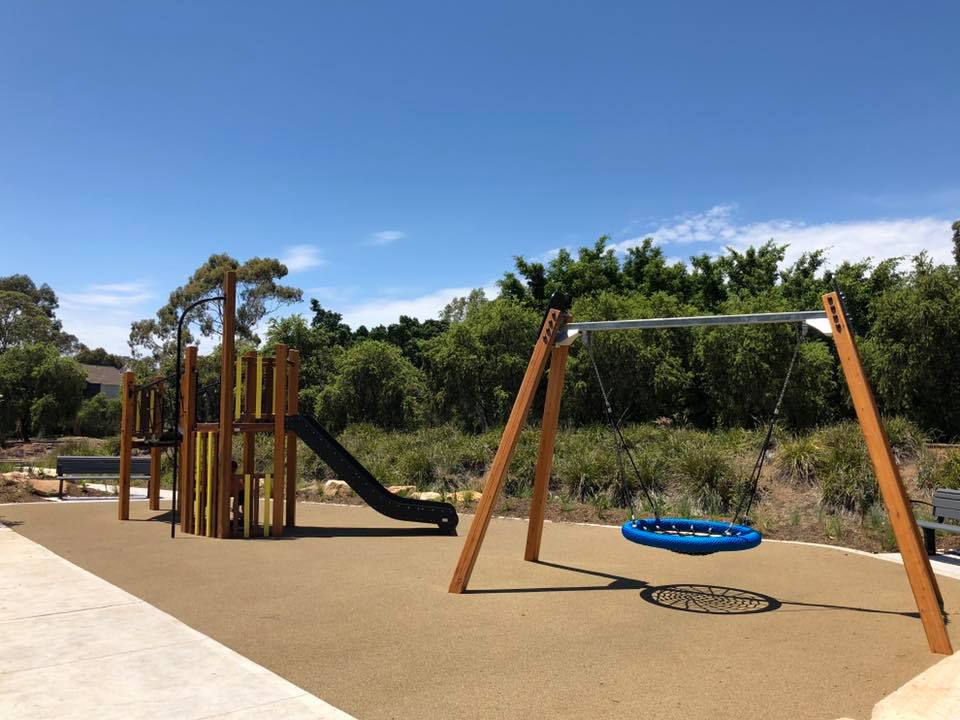 Now before you get excited, the new playground at Blankers-Koen Park isn’t hugely exciting. But it’s a good local park, on a cloudy or cool day. Unfortunately it was built out in the open, with no natural shade or shade sails. But new trees have been planted nearby.

The ground is softfall and the play equipment consists of:

Around the playground there are sandstone blocks for seating and/or little explorers who like to balance and climb. And thankfully some are positioned under the trees. 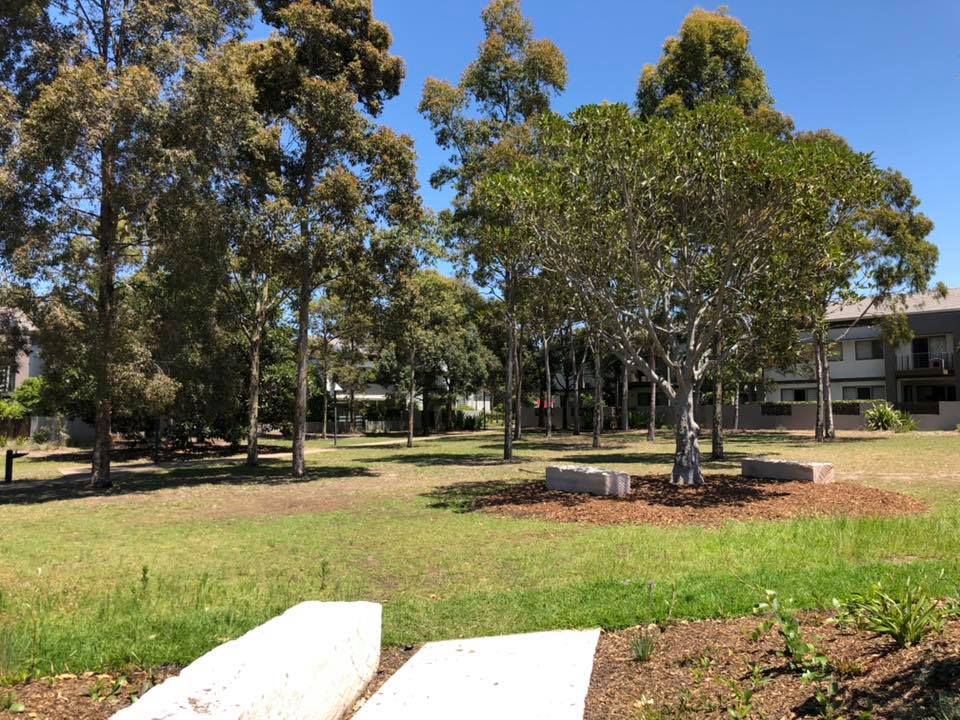 Plus there are also lots of new plants and plenty of open grass to play on. Currently there is a sectioned off area waiting for the turf to grow. 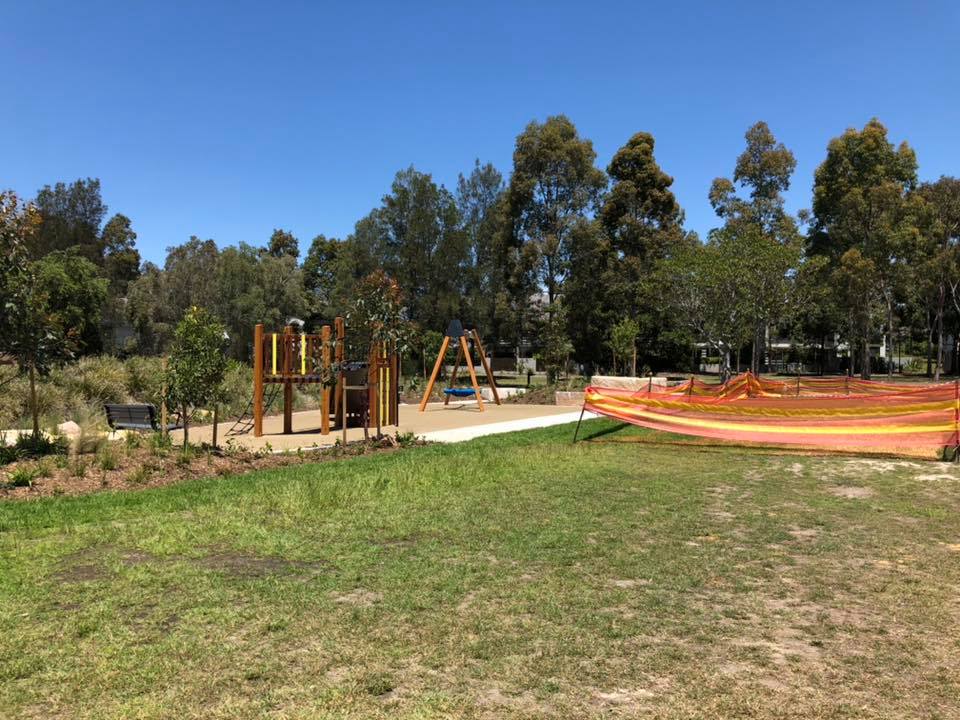 There is a bubbler about 30m from playground and two bench seats nearby.

Through the park is a path and a couple of bridges over a channel that must hold water just after heavy rain. 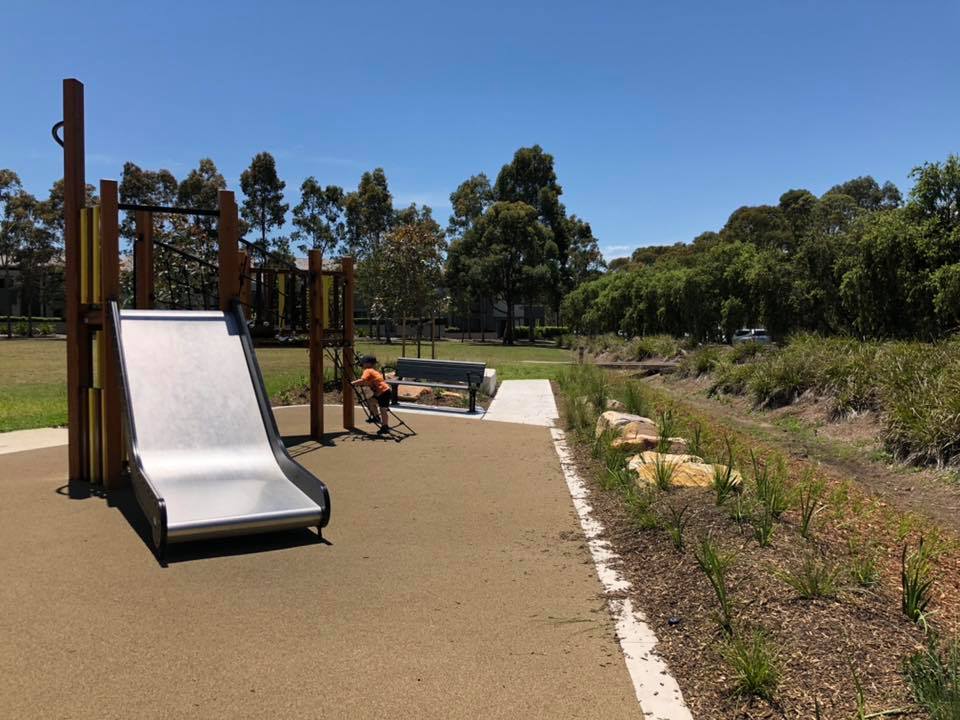 It’s a cute park for mornings in autumn and spring or during winter. 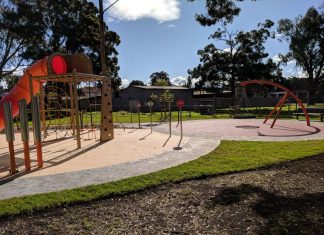